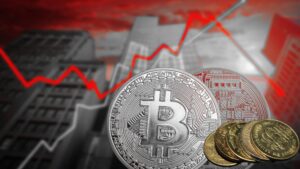 Shaktikanta Das, the governor of the Reserve Bank of India, had so far maintained that India is not ready for a digital currency, but suddenly he has announced that from November 1, Central Bank Digital Currency (CBDC) will be in use. These will be of two types: CBDC (Wholesale) and CBDC (Retail). CBDC (W) is for interbank and intra-bank RBI/treasury transactions. In 2 days, there were Rs 275 Crore transactions. Retail will start soon. This is supposed to be a pilot phase. Only three public sector banks have been authorized to deal in CBDC, while the number of private banks authorised to do the same is six!

​Though CBDC is completely different from the cryptocurrency used for gambling, terrorist transactions and Hawala, CBDC is the digital rupee with the same value as the rupee. Already applications like Yono SBI, Paytm, Google Pay etc are available for online digital transactions without having to deal with a digital rupee.

​Then why suddenly do we need a digital Rupee? Some are saying India has become number one in the world by introducing CBDC even before China and the G20 countries. Should we be number one to join in the wrong things? In the Human Development Index, Happiness Index and Press Freedom Index we are at the bottom among the countries in this world.

​There are many questions that the RBI and the Union Govt must answer.

The rush and secrecy in announcing the digital rupee lead to many more questions that the union government represented by the Finance Minister and RBI must answer. We need answers from both the government and the RBI immediately.