Since the inception of the Delhi-Mumbai Industrial Corridor (DMIC), concerns have been raised by the local communities in different states about the large projects being implemented under it and their serious impacts on the ecology, land acquisition, local economy and livelihoods.
DMIC faces scrutiny about the operational mechanisms being used for implementation of projects like creation of multiple special purpose vehicles (SPVs) and public-private partnerships (PPPs).

Concerns have also been raised about the role of national and international financial institutions in pushing the projects further, the conditions these institutions impose for driving profits and their impacts on local communities. The issue of wider public consultations and the role of people’s representatives within local governments in decision making processes have been sidelined.
Concerns over environmental degradation, land acquisition, dispossession and loss for agriculture based livelihoods have been voiced by various groups including grassroots organisations, farmers, academics and researchers.

Projects implemented under DMIC use land pooling mechanisms for procuring land required for them rather than applying the Right to Fair Compensation and Transparency in Land Acquisition, Rehabilitation and Resettlement Act of 2013. It has been argued that land pooling mechanism is ambiguous and misleads land owners to hand over their lands for project implementation.
For instance, in Dholera Special Investment Region (SIR) land pooling mechanism works by taking 50 per cent of the land of each owner “deducted” at market price, the rest returned to the original owners as “developed” plots in re-designated zones under the new plan criteria.
A betterment charge would be levied on the original owners for the provision of new infrastructure facilities, deducted from the compensation award for 50 per cent of the land. In addition, each affected family is promised one job per family in the Dholera SIR.

It also includes Dholera Smart City, claimed to be identified as the first smart city in the country twice the size of Delhi and six times of Shanghai. It has already received Rs 3,000 crore funding from the government and looks forward to attract more from private investors.
Land pooling is done under Gujarat Town Planning and Urban Development Act (GTPUDA), 1976 as enabled under the Gujarat Special Investment Region Act, 2009.While the town planning law contains provisions for the participation of local bodies and residents in the determination of compensation and award, it makes no provisions for ascertaining consent to land pooling for the project.
The rezoning under the new plan also sacrifices agricultural land by categorising the land as industrial or urban space. Hence the land owners, who are supposed to benefit from this practice, lose their ability to farm or provide for themselves as they had done before.

Another concern with the land pooling scheme is the time frame that the redevelopment requires. The owners will not receive their newly developed land within a year and thus must wait until development is completed.
The Dighi Port and Industrial Area in Maharashtra and Dharuhera Industrial Estate in Haryana have seen protests from local people against land acquisition and setting up industries in the region.

Concerns have also been raised that due to the immense land requirements of the projects under DMIC, these might potentially lead to social issues. DMIC projects have the potential to create land speculation and social conflicts.
The potential for social unrest becomes very high when public investment are channelled into real estate and industrial projects without providing basic infrastructure for local industries and population centres. Evidences suggest that large scale infrastructure projects can be associated with increased household and regional inequalities.

“IL&FS has faced legal issues due to its business practices, revealed in 2010. It was able to use SPVs to skirt checks and balances”

Critiques around DMIC also include the environmental impacts that it will have in view of the proposed large scale urbanisation and industrialisation. The land for the greenfield projects will require deforestation in the states that are part of the project.For instance, 70 per cent of mangroves around Mumbai have been lost to land reclamation and other development projects and less than 45 sq km of mangrove forests remain.23 Land will not only be taken from farmers but also from the natural environments of various types of Indian wildlife.
For example, Dholera is planned to be built close to the Velavadar National Park that has a blackbuck sanctuary. Concerns have been raised about how the industrial city will impact the national park that is home to many endangered species.
It has also been noted that Dholera will sit within the migratory route of wintering birds to India. The risk associated with the immense deforestation are well known, increased deforestation leads to increased incidences of wildfires, drought like conditions, and depleted groundwater.
The large scale industrialisation that the DMIC envisions will also require immense amounts of water, which will be taken away from farmers and domestic users alike. In areas of Madhya Pradesh and Gujarat already suffering from severe water stress, the implementation of large scale industry will only make conditions worse.
It is estimated that DMIC will have to extract two-thirds of the total water need from rivers and the rest from severely stressed groundwater aquifers, which are already polluted and overexploited. It is suggested that the regions where DMIC is planned face groundwater deficit, hence the water would be diverted from the rivers.
Though all the utilisable flow in the rivers of the region is already fully utilised by current users, developing DMIC will overdraw the water and impact the health of the rivers as well.
A majority of DMIC projects are being implemented through PPP mode with SPVs being created to execute specific projects. Several instances have shown that the track record of PPPs in India is not encouraging and many of these projects have looked for public support to make them financially viable in terms of grants, loans and concessions.
While discussing SPVs, it is important to note that DMIC initially had Infrastructure Leasing and Financial Services (IL&FS) as an equity shareholder in the project, though it appears that equity stake held by it was subsequently replaced by public sector backed entities Housing and Urban Development Corporation Limited (HUDCO), India Infrastructure Finance Company Limited (IIFCL) and Life Insurance Corporation (LIC).
IL&FS has faced legal issues due to its business practices that were revealed in 2010. It was able to use SPVs to skirt checks and balances concerning its business dealings. It managed to allocate project funds to its subsidiaries, which allowed money to be taken from the projects they were intended to fund. SPVs are registered as private entities having near full autonomy.
They are tasked with regulating themselves within the scope of what projects they are established for. Using SPVs, IL&FS was able to misallocate huge funds that were supposed to go to projects they were in charge of.
It handled many DMIC projects until it was forced to divest from the DMIC in 2013. It is worrisome to consider the potential for mismanagement to happen again bearing in mind that majority of the projects are now implemented through a SPV based model.

This article, published in Counterview, can be accessed here. 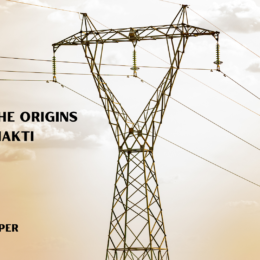 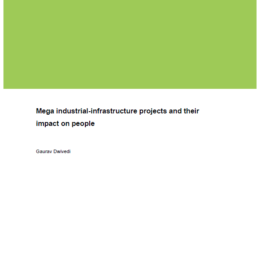 Mega industrial infrastructure projects and their impact on people