Kerala’s proposed flagship Silver Line project claims to be a gamechanger, but at what costs? 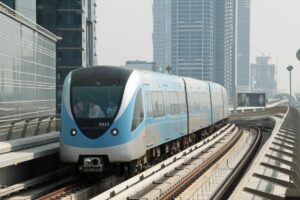 Kerala’s flagship Silver Line project, a semi high speed rail corridor passing through 11 districts between Thiruvananthpuram and Kasargod is not technically a “Bullet Train” like the one proposed between Mumbai and Ahmedabad, but it has got into similar controversies as the much talked about deployment of the flagship Bullet Train in India. The project envisaged 12 years ago has lately gained some traction, but at the same time has also invited stringent opposition from environmentalists, activists and political parties. However, the current LDF government led by CPI (M) is determined to proceed with the project.

The Silver Line is proposed as a stand-alone, electric, standard gauge, fully fenced rail line corridor from Kochuveli (in Thiruvananthpuram) in south Kerala to Kasaragod in north Kerala. The high speed train would cover 11 districts and is proposed to stop at 11 stations. The total length of the railway line would be 529.45 kms which would be covered in four hours, with a maximum speed of 200 km/hour and an average speed of 132.5 km/hour. K-Rail is the proponent of the project, which is a joint venture of the state government and the Indian Railways.

State Public Works Minister G Sudhakaran had said in October 2020 that the Silver Line Project would be a gamechanger in Kerala’s infrastructure as well as economic development. Chief Minister Pinarayi Vijayan has been taking a special interest in the project, and he had even gone to the extent of alleging in the Kerala assembly that the leading opposition party UDF’s proximity to Islamic extremists was behind the opposition to this project. The opposition to the project is based on several grounds including the environmental concerns as the rail project would cut through fragile ecosystems of Kerala causing irreparable damages. 80% of the rail line would be constructed on tall concrete embankments, which could lead to blocking natural flow of water and land use pattern 500 metres to the east and west of the embankment would be altered. Moreover, the Chief Minister himself informed to the assembly that 1,383 hectares of land would have to be acquired for the project and 9,314 buildings would be affected.

Who is going to fund the Silver Line Project?

However, it is not just the project impacts which are a matter of concern here. The humongous financial costs involved has already raised several eyebrows, putting a big question mark on the viability of the project. While the estimated cost of the project is a whopping Rs 63,940 crore, Niti Aayog had earlier communicated to Kerala Government that the project cost would come to almost double the estimate of the state government at around Rs 1,26,000 crore. Further, when K-Rail approached the Railways Ministry for an equity contribution of Rs 7,720 crore, the central government reduced the equity contribution to Rs 2,150 crore citing limited resources available at disposal. An RTI reply from Niti Aayog had revealed that it had supported the proposal based on two main conditions, i.e. the repayment of loans and cost overrun in the project will be the sole responsibility of the state government. The RTI reply had clearly stated, “there will not be any obligation on the Centre with respect to the repayment or interest or cash loss under the tripartite agreement for multilateral loans/bilateral funding (including from fluctuation) and there will not be any budgetary support of the Centre or further multilateral/bilateral debt for funding any cost overrun under the project”.

This also behoves the question that from where the money would be coming for this ambitious project. As per the earlier reports, multiple international financial institutions have shown interest in funding this semi-high speed rail project. According to a news report of May 2021, the biggest loan has been offered by Japanese International Cooperation Agency (JICA) for US $2.5 billion (Rs 18,892 crore) and AIIB is willing to offer US $500 million. Further, German state-owned development bank KfW is expected to offer US $460 million (Rs 3,476 crore) as loan. In a meeting held between ADB and KRDC officials held in November 2021, it was reported that ADB is ready to offer US $1 billion (about Rs 7,500 crore) in loan. Combining these, K-Rail is hoping that it would be able to secure a loan of Rs 33,700 crore in the form of foreign loans for the project. However, in October this year, the central government said a firm “no” to the proposal for standing guarantee for availing the foreign loan, where central government’s permission is a prerequisite for taking loans from the foreign agencies. Already, the Kerala government is neck-deep in proliferating debt and is not in a position to take the burden of the financial commitments related to the project. The public debt of Kerala is expected to touch Rs 3.27 lakh crore in the current fiscal, i.e. 2021-22, almost half of the Rs 8.76 lakh crore GSDP. The land acquisition cost for the project would come to roughly Rs 13,700 crore, which the Kerala government is willing to bear entirely on its own. The Kerala government is still waiting for a sanction from the Prime Minister for the project as per the latest developments.

According to the website of Kerala Rail, the estimated daily initial rider-ship from year 2025-2026 would be 79,934, which would go up to 94,672 in the year 2029-30. Further, the rider-ship is expected to reach 1,32,944 by the year 2041-42 and 1,58,496 by the year 2052-53. To put things in context, the Bullet Train from Mumbai to Ahmedabad is expected to have daily 36,000 passengers in the initial phase. For the Silver Line project, the proposed fare for the Standard Class has been mentioned as Rs 2.75 per km (higher rates for the Business Class) with an average trip length of 200 km. The Silver Line train would be carrying a maximum of 675 Passengers in 9 cars train. An IIM Study published in 2016 estimated that the Mumbai Ahmedabad Bullet Train will need 100 trips daily to be financially viable. Drawing parallels from it, it can be said that even the Silver Line project would need daily several dozen trips to repay the huge loans and pay off the interest over these loans. Currently, there are no studies in public domain which explain the financial viability of the project. Even K-Rail or Kerala Government has not shared with the public as how the project is going to be financially viable, daily how many round-trips would be needed, etc.? What would be the other sources of revenue through this project and so on? The K-Rail website mentions that through this project, 50,000 direct and indirect employment opportunities would be generated during the construction period of 5 years. Additionally, 10,000 employment opportunities would be created during the post project operation period. However, the huge financial and environmental costs of the project do not alone justify the benefits of employment generation. Moreover, the proposed fare for commuting would have been calculated based on the cost estimate of the project. If there would be cost overruns in the project then the proposed fare would also shoot up, which might in turn attract lesser number of passengers and this can put the state finances in jeopardy.

While no one would deny that any efforts geared towards adding or improving a mass public transport system would serve a large number of people, but the costs and impacts of such an initiative cannot be overlooked. The high cost of the project would entail that such costs would be ultimately passed to the passengers for recovery, and taking into account the availability of alternative means of transport (such as trains, buses and private vehicles), K-Rail might have a hard time in keeping the frequency of running the train at maximum and expecting the train to be running at full capacity at all times, especially when it would be a premium service. There are already examples from across the country as how several metro rail projects which have incurred heavy expenditure are being run in an under-utilized manner, adding financial burden to the state governments. Are the people of Kerala willing to allow their money to be spent on a fancy project which is highly likely to run into cost overruns and would put higher burden on the state expenditures, when the same money can be used for several other public services? When a state government takes up a project as a prestige issue than prioritizing judicious use of limited resources, then several vital concerns are sidelined. But it is the responsibility of the people to keep asking the right questions!