Five years ago, on April 24, 2013, a tragedy in neighbouring Bangladesh shook up everyone. Rana Plaza, a five-storied commercial building, that housed several “sweatshop” clothing factories, a bank and few shops, collapsed and killed 1134 people and injured over 2500. As the ready-made garment industry in Bangladesh employs mostly women, it is no surprise that women formed a significant part of those killed or wounded. The tragedy is considered as the worst garment industry accident in history, and was probably the worst industrial disaster in Bangladesh, in terms of human lives lost.

The industrial disaster was attributed to the ‘structural failure’ of the Plaza. However, the real and hidden reasons are far more important for us to understand and learn from. That is why, in this age of cut-throat competition to attract global capital and to capture market share— which the Modi government is hell-bent upon by bringing in deregulations and promoting Make in India to improve India’s ranking in the Ease of Doing Business Index — Rana Plaza disaster holds great lessons. In that sense, Rana Plaza is an almost forgotten, classic lesson of what pursuing Ease of Doing Business, and the insane pursuit of competitiveness to capture market share, can do to workers, and how dehumanised a whole industry, nay, an entire nation can become!

How did this tragedy take place? To understand that, let’s get back a little into the reasons Bangladesh is so wedded to garment exports. In 2013, when Rana Plaza happened, the global garment retail market size stood at approximately USD 1137 billion, and this is projected to grow to USD 1657 billion by 2020 (projection by Marketline 2017). Four of the largest clothing/ready-made garment exporting countries are China, Bangladesh, Vietnam, and India. What is common between them is that they operate with low labour costs, and lax labour and industrial regulations. Bangladesh is the poorest of these four, with a total GDP of only USD 150 billion, as of 2013.

The total export earnings of Bangladesh, in 2013, was about USD 27-28 billion, of which textiles and garments contributed about USD 21.5 billion, or about 80%! The garment industry earned a whopping 18% of the national GDP! The industry was ‘showing promise’ of expanding further. One can easily understand the importance and influence of the garment industry in Bangladesh. Because of its cheapest labour, Bangladesh has increased its market share in the global garment/clothing industry rapidly since 2010. By 2013, Bangladesh had about 5000 garment industries, employing over 40 lakh people of which over 85%  were women. It is by far the largest employer of women in the country.  “You cannot bite the hand that feeds you”, is an untold and unwritten, but strong principle.

There are reasons behind employing women in such large numbers. The women in our traditionally male-dominated south-Asian societies are supposed to be more ‘disciplined’ as they take no or little breaks for smoking., do work for hours without complaint, and are more likely to follow instructions without questioning. In a desperately poor and underemployed society, women as carers of the households and unable to easily migrate in search of other work, are also more likely to work for much less money. So, they are more ‘Easy to Do Business’ with.

I have seen droves of young and middle-aged women workers while passing by Savar a few times. They enter the factory in the morning only to exit in the evening. They earn a paltry Bangladesh Taka 5000 – 6500 per month for working 10-12 hours a day, often with no off days, and in chokingly congested conditions. This amount is hardly enough for ensuring two square meals a day for a family of four or five! In the pursuit of earning precious foreign exchange by this impoverished country, and to capture a market share by easing doing business, millions of women were put into conditions of semi-slavery.

Who would have listened to their occasional feeble complaints? After all, Bangladesh’s ready-made garment/clothing industry – apart from being the nation’s largest export earner, also exports to global brands like Levi’s, Zara, H&M, Walmart, C&A, Gap, Target, Tesco, Carrefour, JcPenny etc.    You cannot inconvenience the supply chains of the global who’s who of garment industries, can you?

The collapse of Rana Plaza in Dhaka did not come unannounced. On April 23, cracks were clearly visible in the building, and the bank and shops were closed. This was also shown in at least one television channel. There were also media reports which stated that the upper floors were built illegally. Furthermore, there were no fire safety clearance and hardly any escape routes in a building where around 4500 people were working!

It is important to note here that the all-powerful garment industry, Bangladesh’s biggest export earner due to its heavily exploited ‘cheap labour’ and global competitiveness, could not be put to “Difficulties” of doing business by forcing to follow the rules and regulations. The owners of the garment factories ordered the workers, mostly young and middle-aged women from the surrounding rural areas and slums, back to work. Around 4500 workers returned to work in spite of the visible cracks! It might have helped that the owner of Rana Plaza, Sohel Rana, was an important member of the youth wing of Awami League, the ruling party. In the morning rush hour, the cracks widened, and the building collapsed. As mentioned earlier, over 1130 people, mostly poor women, often the only bread earners of their families, lost their lives. Well over double that number were wounded, to various degrees.

It might be interesting to note that, Bangladesh’s Ease of Doing Business ranking fell from 115 in 2008 to 130 in 2013 as a result of some regulations introduced in the garment and other industries. Clearly, the World Bank does not like regulations —  either on labour rights or working conditions, or wages — as they can make doing business more “difficult”!

The regulations were being resisted by the powerful garment industry. Consequently, after the government eased regulations a little bit, the ranking “improved” from 132 in 2012 to 130 in 2013, and then Rana Plaza happened. In the months after the tragedy, the global media’s attention and the outcry across the western world forced the Bangladesh government to introduce several stricter safety measures like workplace inspection program, established under the 2013 Accord on Fire and Building Safety; National Minimum Wage for Bangladesh’s Workers: Rational Standard and Rationality of National Minimum a higher minimum wage etc. As a result, the country’s “Ease of Doing Business” ranking tanked from 130 in 2013 to 172 in 2014! What a fall in just one year! Clearly, the World Bank did not learn anything from this horrible industrial disaster.

All the learnings (and there were quite a few) are now being attempted to be discarded to expand their GDP. A ‘poor’ country has to earn those USD  27 (30+ now) billions a year at any cost! So, the ‘inconvenient’ safety and labour norms— all of which increases the cost & difficulty of doing business— need to be liberalised!

Our own Modi government in India is also pushing harder to ‘liberalise’ hundreds of such labour, safety and environmental rules and regulations. In the first three years of the Modi government, India’s Ease of Doing Business ranking improved marginally, from 134 to 130. Desperate to show his worth to the big global capital, hundreds of regulations and norms had been done away in the last few years. Keeping these deregulations in view, the World Bank also upgraded India’s Ease of Doing Business ranking from 130 to 100 in the year 2017!  And just in last few months, the Govt of India has permitted fixed contract jobs, thus allowing easier hiring and firing of workers— a requirement for improving Ease of Doing Business index. Wait for the consequences that are soon to unfold.

In a country that has witnessed the Bhopal gas tragedy, one of the world’s worst ever industrial disasters, should we just wait and watch? Or, should we learn the necessary lessons from Rana Plaza tragedy and show the mirror to the pushers of Ease of Doing Business? Would our worker comrades rise to the monumental challenge of overthrowing this monstrous profit-maximising system? And, what would be the roles of those who stand by the margin? 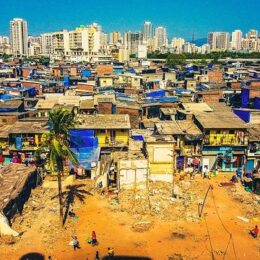 The Futility of Per Capita Comparisons in Unequal Societies

Booklet: Time to Come Clean: How the World Bank Group and International Investors Can Stop the World’s Most Dangerous Coal Plant 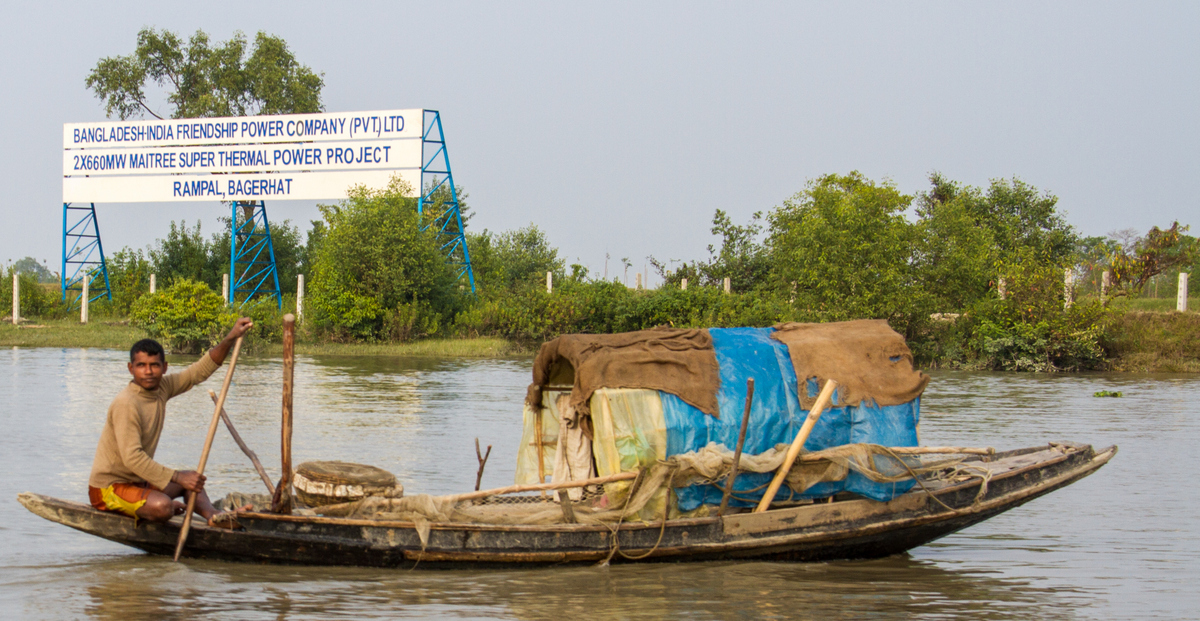