It was highly shocking to learn that State Bank of India (SBI) had levied Rs 1,771 crores between April and November 2017 as charges from customers who did not maintain their minimum monthly average balance (MAB) in their accounts.[1] To put the numbers in context, SBI’s quarterly profit for the July-September quarter was Rs 1,586 crores. Similarly, the fine was nearly half of the net profit between the period of April and September 2017, which was Rs 3,586 crores.

Banks charging a penalty for not maintaining a monthly average balance directly affects the poor in India, who are often unable to maintain the minimum balance because of their financial compulsions. These customers are being doubly burdened, as the people who are not in a position to maintain a minimum balance are being penalized by the banks through imposing a fine for it.

On one hand, the government is compelling citizens to open bank accounts and discouraging cash transactions and on the other hand, its policies – often haphazard and detrimental to common people’s lives – are forcing banks to levy such charges to cope up with the costs of such policies. Linking of Aadhaar-PAN with bank accounts is one such, after the disastrous demonetization.

The comments from SBI’s Managing Director Rajnish Kumar in this context which came out in September 2017 were disturbing. According to him, SBI was planning to raise Rs 2,000 crores as a penalty for non-compliance of minimum balance which it intended to use partly for Aadhaar-PAN linking, along with covering for other losses in banking operations[2].

The inordinate push for linking Aadhaar to bank accounts, even while the Supreme Court is hearing the matter, shows the level of disregard this government has for law and our country’s legal institutions like Supreme Court. And that the financial burden of its arbitrary policies is passed on to the poor, working and middle-class customers, who are already burdened with the continuing impacts of decisions like demonetization exemplifies how anti-people this government is.

It is to be noted that this clause for the penalty for not having minimum balance had been withdrawn by SBI in May 2012 with an aim of widening its customer base.[3] At that time many people shifted their accounts to SBI from the private banks as the private banks were levying a heavy charge for the minimum balance requirement. In April 2017, SBI reintroduced this penalty after RBI permitted banks to levy charges if customers failed to comply with the minimum balance limit.[4] However, this move was criticized at that time from a wide spectrum of organizations as this was largely considered an anti-people decision which would affect the poor and working class of the country.

The operational losses for banks as identified by Mr Kumar are marginal when we consider the losses incurred by the banks due to Non-Performing Assets (NPA). Moreover, Indian banks have been unable to keep a check on their rising NPAs. According to the Reserve Bank of India, NPAs of Indian banks stood at Rs 7,11,312 crore at the end of March 2017, which jumped to Rs 8,29,338 crores by June 2017 and then further to Rs 8,36,782 crores by end of September 2017. Instead of going tough on the defaulting corporate borrowers, Public Sector Banks had written-off over Rs 55,000 crores of loans between April and September 2017.[5] It is highly unethical on the part of the public sector banks such as SBI to extract a penalty from the financially weaker account holders for their inability to maintain a minimum balance, instead of recovering the loans given to the corporate customers. Banks, especially public sector banks, should find out other means to compensate for their operational losses if any.

We demand that the clause for the penalty due to non-maintenance of minimum balance in any public sector bank should be withdrawn. Further, we demand that the government should not burden the public sector banks with policies and compliances such as Aadhaar and PAN linking, which have huge financial implications and whose financial burdens are passed on to poor customers.

[2] Mr Rajnish Kumar had said, “Maintaining savings bank accounts and complying with KYC requirement is not an easy task. Now the government has said that you have to link Aadhaar to each and every account by 31 December. So I have to look at (SBI’s) 40 crore (savings bank) accounts and it is a very costly affair.” He had further added, “The penalty realised, we will use it to recover our outgo on ATMs. On business correspondents (BCs) channel, SBI incurs a loss of more than Rs 400 crore. We are incurring a cost of almost Rs 2,000 crore on business correspondents channel and ATMs per year. At least we should be able to recover that (from the penalty)”. – Minimum balance: SBI looks to amass Rs 2,000 cr penalty, to partly use it for Aadhaar-PAN linking – Sept 18, 2017 – Firstpost – http://www.firstpost.com/business/minimum-balance-sbi-looks-to-amass-rs-2000-cr-penalty-to-partly-use-it-for-aadhaar-pan-linking-4054269.html

[3] No minimum balance required for SBI savings accounts – The Hindu Businessline – May 03, 2012 – http://www.thehindubusinessline.com/money-and-banking/no-minimum-balance-required-for-sbi-savings-accounts/article3381085.ece 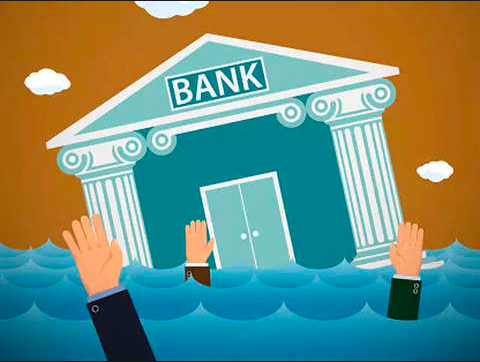