An analysis of the Pradhan Mantri Fasal Bima Yojana in Gujarat

It is nobody’s case that farming / agriculture, especially in India, beset as it 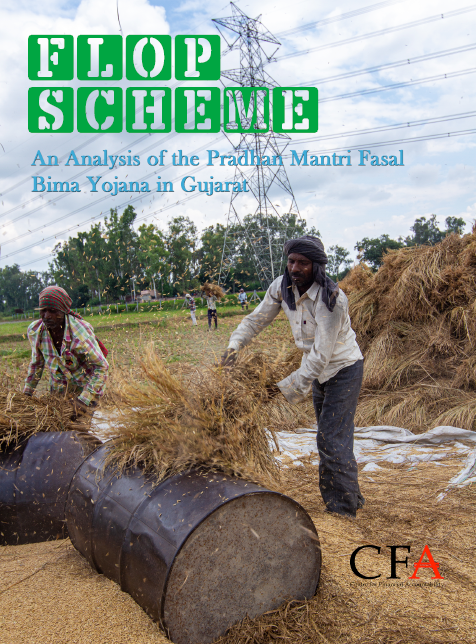 is by the vagaries of nature, is largely rain-fed, along with the very real threat and challenge of climate change induced erratic weather patterns, requires insurance coverage of a very high quality in order to sustain it is as a profession. And sustaining it is important for nearly half the nation’s population depends, directly or indirectly, on agriculture as a source of livelihood. The Pradhan Mantri Fasal Bima Yojana (PMFBY) is a crop insurance scheme introduced in April 2016 from the Kharif 2016 season and succeeds and replace the National Agriculture Insurance Scheme (NAIS) and the Modified National Agriculture Insurance Scheme (MNAIS). The scheme was introduced with just such aims and objectives. However, the way that it has unfolded on the ground leaves much to be desired, especially with regard to the group that it is meant to help, viz. Farmers.

I really liked your story on PMFBY. Thanks for such an effective and detailed analysis. Please, stay neutral. Thanks