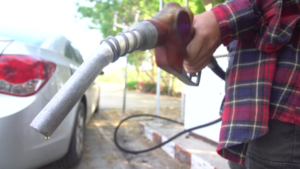 The union government deregulated the price of petrol in 2010 and diesel in 2015, after which, on paper, oil marketing companies (OMCs) were free to fix the price of the respective fuel, based on their cost and profit calculations. Even after the prices were deregulated, the union government continued to exercise control over pricing in two ways. The first is explicit and is done by changing the rate of taxes and cess – most recently Indian consumers experienced this during the dip in crude prices due to lockdowns in 2020 which should have resulted in lower prices at the pump, but the union government increased the taxes such that the price at the pump remained unchanged. The other is implicit, and the government is able to influence the OMCs pricing decision because the government continues to have a majority stake in three main OMCs – Indian Oil (IOCL), Hindustan Petroleum (HPCL) and Bharat Petroleum (BPCL). We observed this in the 137-day period between 4 November 2021 and 21 March 2022, when the price of crude in the international market increased by 45% but the price of fuels at the pump remained unchanged.

It was obvious that the OMCs were losing money in this period, as indicated by refiners like Reliance, who halved their diesel supply in the domestic market to cut losses (and shifted focus to the export market to cash-in on the higher demand in Europe). But the quantum of loss on every litre of fuel sold became clear on 20 March, when OMCs hiked the price of bulk diesel by Rs. 25 per litre. Most of us knew that the prices at the pump would increase after the announcements of election results in five states, and many even prepared for this hike by topping-up their tanks, resulting in record sales in the first two weeks of March. Higher volumes sold at below cost would have added to the cumulative losses on the books of the OMCs.

As was expected, a hike in retail prices of petrol and diesel started on 22 March, in small steps of less than a rupee a day. This marginal increase in prices is likely to continue over the next few days with breaks in between, so that the consumers do not feel a sudden pinch on their purse and the government does not come under criticism both inside the parliament during the ongoing budget session and in the media. The price of bulk diesel is usually lower than retail (as the buyers have a window for negotiation with OMCs), so the retail price is likely to increase at least by this amount in the next few weeks unless the government reduces the taxes to offset the increase by OMCs.

All through the pandemic, the government has made crores on the taxes and cess, while citizens have been burdened with both the direct increased cost of fuel and indirect costs in the form of inflation. Over the last 137 days, in addition to the citizens, the OMCs have also lost crores as they were forced to under-price. Meanwhile, the government has not only shored up revenue and boosted the election efforts of the ruling political party, but it also implies that as these losses accumulate in the books of the OMCs, it will also be easier for the government to sell them to the cronies, like Vedanta or Adani, at lower valuations. Privatisation of BPCL has been in discussion for several years and is likely to be completed in 2022. In the latest news available in the public domain, the union government was waiting for the financial bids for its entire 52.98% stake. It was estimated that this stake was worth USD 6 billion, but this was before a recent report suggested that BPCL accumulated losses of around USD 0.6 billion in this period of price freeze, i.e. 10% of the earlier estimated value of Govt stake. Therefore, the financial bids may now become viable for the crony buyers, since the valuations are likely to fall as a result of the steep fall in their earnings in this financial year, creating another Air India type sale situation where the whole airline was handed over almost for free with the government paying for the previous losses of Air India! 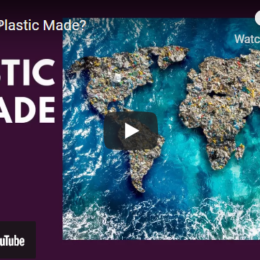 How is Plastic Made?