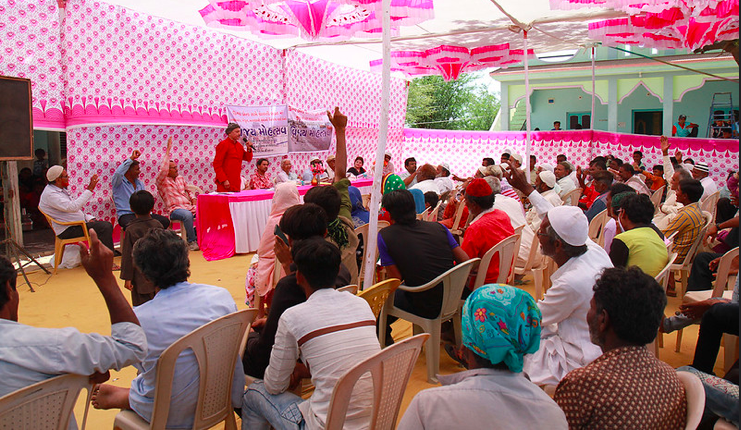 March 31, 2019, Mundra, Gujarat: In an afternoon with 41-degree heat, hundreds of men, women, and children from Navinal and Tagri villages of Kutch, and members from the civil society and peoples’ movements from across India have gathered to celebrate a historic legal victory in the US Supreme Court.

The people, who are beaming with joy, do not wear any sign of the discomfort due to the scorching heat. The atmosphere is charged with the slogans of victory and unity. Slogans like Kaun Banata Hai Hindustan, Machuawara, Majdoor, Kisan! (Who makes India? Fishermen, Labourer and Farmers); Ladenge Jeetenge! (We shall fight, we shall win); and Aadiwaasi Machhuawara Kisaan Ekta Zindabad! (Long live the unity of tribals, fishermen and farmers) is in the air.

“I have come here to salute all of you for the struggle and historic victory,” said Medha Patkar, veteran activist and leader of the Narmada Bachao Aandolan, and National Alliance for the Peoples’ Movements. She was speaking at the public meeting, organised to celebrate the historic verdict of the US Supreme Court that ended the absolute immunity enjoyed for long by the International Financial Institutions like the World Bank Group.

“Is Development only for Tata, Ambani, and Adani? What about the fishermen from Mundra, who live in the open with huts made up of bamboo and gunny bags but feed thousands of people in and outside Gujarat,” Patkar asked at the public meeting, which was organised by the Machimar Adhikar Sangharsh Sangathan (MAAS), Mundra, a block in which people predominantly are into the farming and fishing.

The Verdict and History of the Case

On February 27, 2019, the US Supreme Court in a 7-1 decision that international organisations like the International Finance Corporation (IFC), a private-lending arm of the World Bank Group, do not enjoy absolute immunity as they indulge in the commercial activities.

The case pertains to the 4,000 MW Tata Mundra Ultra Mega Power Plant, in which IFC invested Rs 1800 crore rupees in 2008. While doing that, the IFC itself classified this project as a category A project with potentially significant adverse social and environmental impacts that may be diverse or irreversible. In 2011, the villagers affected by the project approached Compliance Advisor/Ombudsman (CAO), IFC’sgrievance redressal mechanism, to complain about the various environmental and social impacts on fishing communities. Some of the specific issues raised were related to the deterioration of water quality and fish population, blocked access to fishing and drying sites, forced displacement of fishermen; community health impacts due to air emissions, and destruction of natural habitats, particularly mangroves. In its report, the CAO observed that IFC failed to ensure an honest environmental and social assessment; IFC’s inadequate attention to the requirement of biodiversity conservation; and serious lapses in IFC’s review and supervision. The IFC responded to CAO by brushing aside its findings and defend the Tata-Power-owned Coastal Gujarat Power Limited, the operator of the thermal power plant.

It is in this context the Buddha Jam and other villagers, who part of Machimar Adhikar Sangharsh Sangathan and the Navinal Panchayat, with the help from the Earth Rights International — a nongovernmental and nonprofit organisation which takes pro-bono takes up the cases related to human rights and the environment— filed a suit against the IFC in federal court in Washington, D.C. to seek damages for the loss of their livelihood; destruction of their land and water resources; and adverse impacts on the health. The lower court and the federal court rejected the case on the basis that IFC, the private lending arm of the World Bank Group, has absolute immunity and thus cannot be sued in the US Courts.

The petitioners approached the US Supreme Court to challenge the inherent bias towards the IFC. The US Supreme Court finally vindicated the stand of the affected community that International Financial Institutions cannot enjoy absolute immunity and could be tried in the Court of Law for their criminal acts. While doing this, the Supreme Court also reversed the judgment of the United States Court of Appeals for the D. C. Circuit and opened the suit for further proceeding.

Speaking at the public meeting at Mundra, Soumya Dutta, Convenor of the Beyond Copenhagen Collective, emphasised that the recent US Supreme Court’s decision is a significant victory of the people fighting to save their dignity, land and livelihood across the world. He stressed that a broader alliance of different sections of the people affected by the project be formed to fight to get justice and making these institutions accountable for their criminal activities to earn profits.

Amidst rousing applause from the people, Buddha Ismail Jam, the main petitioner of the ongoing case against the IFC, emphasised the need to stay together. He said, “If we continue to stay strong for the remaining struggle, nobody can snatch justice away from us.” 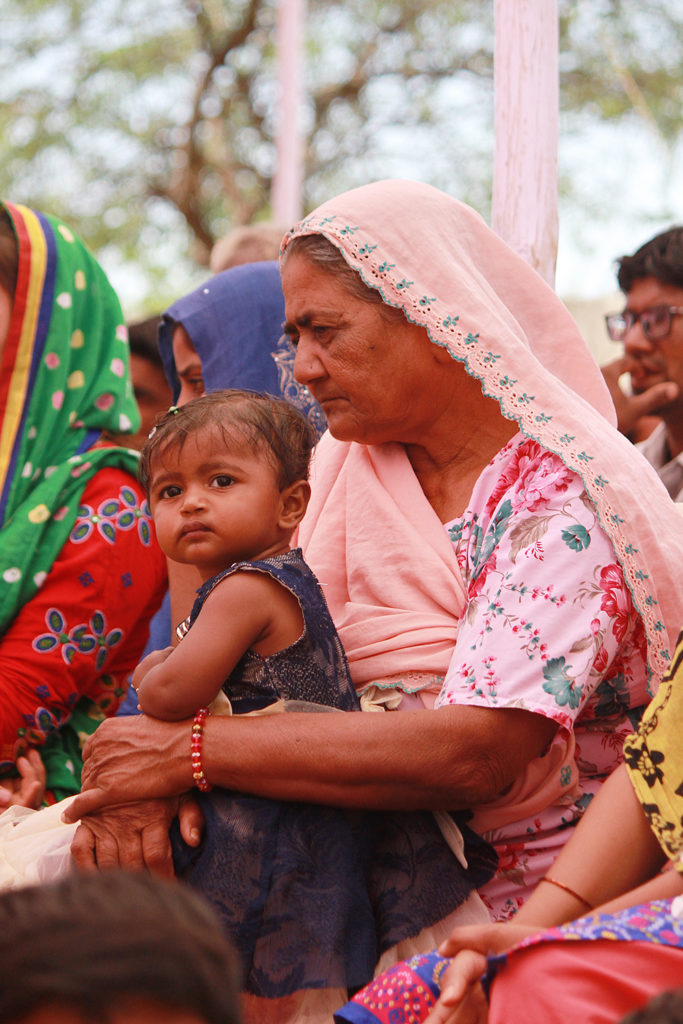 Listing the problems currently being faced by the fishermen, farmers and pastoralists, Gajendra Sinh Jadeja, a co-petitioner of the case and Sarpanch of the Navinal Panchayat in Mundra, says, “The production of cotton, dates, chikoo has considerably reduced due to the coal-ash, which has also adversely impacted the health of the people. Personally, I frequently started having cough and headache in the last few years. Similarly, the inlet and outlet channel have increased the salinity, thus severely impacting agriculture. Additionally, the channel has also driven away from the fishes away from the coast, due to which, the fishermen have to travel about 25 kilometres into the sea.”

Talking about the further course of action, Bharat Patel, the General Secretary of the Machimar Adhikar Sangharsh Sangathan (MAAS) and a co-petitioner in the case, said, “Both IFC and Tata Power have not yet responded to the US Supreme Court’s verdict. We will fight till the ecology is restored; the people who lost their livelihoods are adequately compensated; and the officials of IFC and Tata Power, who conspired to destroy our lives for their greed are criminally charged.”