The Indian stock market is booming. The share price index is repeatedly breaking records. Investors are very happy with this. Around 30 stocks have given 100 per cent returns since February 2021. The enthusiasm of investors can be gauged from the fact that in the first two months of the current financial year alone, 44.7 lakh retail investors have opened their demat accounts. So does the stock market reaching record highs represent the hope of the investors about the Indian economy?

Before finding the answer to this question, we have to understand the dynamics of the stock markets. The shares of a company fluctuate for two reasons. First, what is the current situation of that company? And second, how will it perform in the times to come? It is clear that the country’s economy has not even reached its level of 2019. So obviously people are investing in the listed companies in the expectation that they will  do better in the future. There are a few legitimate reasons for this thinking. For example, right now investors are heavily investing in technology companies like, e-commerce and pharma. Our demand pattern has changed, and we are buying much more online, not from the neighbourhood stores. Hence, the confidence of the investors in these companies has increased. Due to this, the IPOs of some companies opened at surprisingly high prices. The history of companies like, Amazon and Facebook has also encouraged investors to invest money in companies like these.

But the question is, when the economy is weak, why are investors having it so good? Actually, this is a result of excess liquidity in the market right now. Economies around the world have been fighting COVID, and they tanked badly, so central banks of all countries increased liquidity to boost businesses. As extra money came into the hands of businesses, they had to consider where to invest it. Since real estate in India has been stagnant and does not offer high returns and interest rates have been reduced in banks, the stock market became the most desirable option for those in search of good returns. India is also attracting investors because India is offering higher returns. In the US, Japan, Germany, etc., interest rates have been close to zero or negative. As a result, as the Indian stock market rose, prices of shares of even those companies rose whose future is uncertain. This is what the small investor should be worried about.

In the stock market, investors in those companies which will remain profitable are assured of getting good returns in the future, but investors in those companies, which may perform poorly, are likely to lose out. The problem is that the future of a company is not easy to predict. While the performance of some companies may be predicted well, most of the buying and selling of shares is based on a lot of guesswork. So, an investor who can read the market well will make a profit, but the one who cannot predict correctly, is likely to suffer a loss.

One problem is that the price-earnings ratio (the ratio of the value of a company’s stock to the earnings from the stock) increases as the market rises. The return on investment then depends on the rise of the market and not the real performance of the companies. This is the condition of the Indian stock market right now. For instance, if the p/e ratio is 25, the return is only 4% which is less than what is available in the banks. But if the price of the shares rises 10%, the return becomes 14%. If the rise in share prices stops, the return drops to 4%, which is not lucrative and people will begin to withdraw from the market and prices can start falling. The small investors will then suffer. While the big players can get out of the market quickly, the small ones cannot. Remember what happened during the Harshad Mehta episode in 1992 when a lot of middle class people lost all their savings?

Fresh investment in the real economy may lag behind due to the current boom. But that is the foundation of any economy. In any project it takes a few years to set it up and after a few years of teething trouble, profits emerge. So, returns will come after several years. Then, why would people invest in them when immediately one can make high returns by investing in the stock markets? This can harm the economy by lowering the investment rate in the economy.

Further, if we invest more in technology companies looking at their bright future, we will definitely get higher returns, but this will impact job creation. Due to automation, it will employ fewer people than the businesses it will displace. Like in the case of e-commerce. So, the risk is two-pronged – the economy will weaken due to lower real investment and secondly employment will be affected which will impact demand.

The government should make some efforts to prevent all this. In 1991 also when the stock markets were rising inordinately, the Finance Minister said that he would not lose sleep over it and that encouraged further speculation in the stock markets which ultimately collapsed on April 6, 1992. An increase in the tax on short-term capital gains is called for. Not only this, transactions in the stock market should also be taxed. These will discourage the short term buying and selling of shares. Even investors who make big investments in the hope of getting handsome returns in a few days will also be forced to pull back. This will increase government’s revenue, which is sorely needed to boost infrastructure development, especially in the health sector.

It is also necessary to check the growing bubble because as soon as foreign central banks start to reduce liquidity as their economies recover, foreign funds are likely to leave Indian markets and the boom of the Indian stock market may reverse. The beginning of the withdrawal of foreign investors in the last weeks is a possible sign of this. Domestic investors are trying to counter that by their investments, but when the tide turns this may not be enough and even the domestic investors may start withdrawing funds, as happened during the 2007-08 financial crisis. These are the lurking dangers of the presently growing bubble. While the short run may seem to be rosy, it is likely to be harmful for the Indian economy in the long run. Not only real investment and employment are being impacted, but the danger is rising that the bubble may burst. Policymakers need to pay attention to all this.

A different version of this article was published in Hindustan 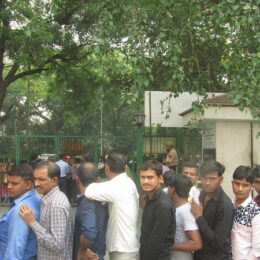 5 years later, it’s even more clear that demonetisation was a disaster for India 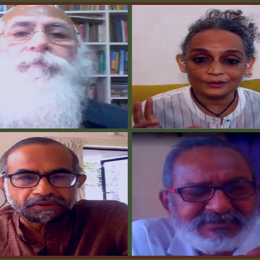