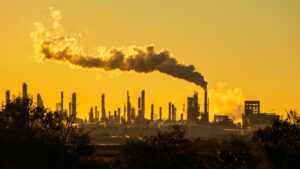 The year 2022 saw renewed urgency and consistency in India’s pitch to demand ‘climate finance’. In July during the visit of Alok Sharma, president of United Nations Conference of Parties (COP) 26, minister of environment, forest and climate change Bhupender Yadav, emphasised that ‘rich’, ‘developed’ countries ought to furnish climate finance to ‘developing’ countries like India. At COP 27 in Sharm-el-Sheikh, Egypt, this November, India stressedthat developed countries must enhance the climate funds for developing nations over and above the floor of 100 billion dollars per year that was promised at COP 15.

Indeed, one of the most publicised highlights of COP 27 was the declaration of a ‘loss and damage fund’ which promises financial assistance to nations most vulnerable and impacted by climate change. India’s iterations demanding climate funds have acquired an edge with it assuming the G20 presidencyfrom December this year. At the meeting of G20 sherpas India’s representative, Amitabh Kant, made a case for harmonising climate finance with developmental goals.

Climate finance refers to the financial resources needed to mitigate the climate crisis and adapt to climate change. It refers to funds needed to adopt and create new technologies, processes and infrastructure to transition to sustainable industrial production, to undertake restorative activity, and to compensate for any loss suffered by people as a consequence of such transition and climate change engendered disasters.

The discussions at the global fora, and indeed India’s assertions, are informed by the fact that rich industrialised nations have historically caused much more climate damage than developing and poor nations. For instance, the United States alone accounts for 25% of historical carbon emissions. This had led in 2009 COP 15 to rich nations committing to raising 100 billion dollars each year as climate finance till 2020 for developing countries. The developed countries have consistently fallen short of this commitment. The rich countries, thus, must own responsibility for the mess we are in and pay to assist poorer nations adopt environmentally sustainable means of economic activity. At this point it is important to mention that voices in the climate justice movement have questioned the very terms of the debate such as climate finance, climate justice, green economy and paradigms of development and growth.

India’s push for climate finance comes at a time when the country finds itself in the throes of the climate crisis. A recent report noted that in 2022 India experienced an extreme weather event “‘nearly every day in the first nine months of this year,’ ranging from heat waves, cyclones, and lightning, to heavy rain, floods and landslides.” India’s coasts and islands are already submerging under rising sea waters, and vast sections of population are bearing the health and livelihood impact of ascending temperatures and air and water pollution. This suggests that India not only needs to undertake a transition to renewable energy and sustainable infrastructure, but needs to provide for the victims of climate impact.

At the same time, India has made strong commitments on climate mitigation such as achieving net-zero carbon emissions by 2070. To achieve its Nationally Determined Contribution (NDCs) India needs around Rs 162.5 lakh crore or $2.5 trillion till 2030, as per one estimate, and Rs 716 lakh crore ($10.1 trillion) to achieve Net-Zero emissions by 2070. In its report on Landscape of Green Finance in India, Climate Policy Initiative observes, ‘By conservative estimates, the current tracked green finance in India represents less than 25% of the total requirement across sectors just to meet the NDCs.’

India’s vociferous insistence in international fora that climate finance must be furnished by rich nations would thus seem to address the historical inequity in climate impact. It is also in consonance with what a section of economists and climate activists have been demanding for a long time. But a severe dissonance exists in the Indian government’s commitment to address climate change at select forums and its actions at home.

Development over environmental safeguards at home

The Narendra Modi years have seen a political, legislative and policy push to weaken existing environmental and social safeguards and prioritise development projects. As reported in The Wire, the regime has seen through ‘easier awarding of wildlife clearances for industrial projects,’ ‘a draft (later withdrawn) National Forest Policy that came under heavy criticism for envisaging a push for forest-based industries, and diluting Coastal Regulation Zone (CRZ) rules ‘to allow commercial activities in sensitive zones to promote “economic growth”, putting the ecology and vulnerable communities in these areas at risk.’ A recent analysis by the Vidhi Centre for Legal Policy, of regulatory changes introduced during last two years of the pandemic by Ministry of Environment, Forests and Climate Change under the Environmental Protection Act, revealed that 48% of these amendments were in the form of ‘relaxations’ for ‘ease of doing business’ “negatively impacting the clarity, predictability, and stability” of environmental safeguards.

Unsurprisingly, in this year’s Environmental Protection Index, a study conducted by researchers at Columbia and Yale Universities, where 180 countries are ranked for their performance on 40 indicators, India ranked the lowest, i.e. it came out as the worst performer, a result contested by the government on grounds of ‘methodology.’

In addition, the Modi dispensation has frequently been charged with ‘fast tracking’ environmental and other regulatory clearances for projects run by industrialists who are seen to enjoy a favourable proximity with the Prime Minister. For instance, the regime has frequently been accused of ‘directly intervening’ to get clearances for and award contracts for mining projects (here and here) to enterprises run by Gautam Adani, the second richest person on the planet and leader of one of India’s largest conglomerates.

The prime minister has been the foremost advocate of fast-track ‘single-window’ environment and wildlife clearances to big capital projects. At a conference of environment ministers of the states in September the PM advised them ‘against unnecessarily allowing obstacles in the name of the environment and to ensure ease of living and doing business,’ saying ‘we have to remember the faster the environment clearance is available, the faster the development will also take place.’ A policy brief by the Centre for Financial Accountability highlighted that between 2014-2020 the MoEFCC approved environmental clearance for 2,256 proposals, out of which 270 lay in proximity to biodiversity hotspots. Similarly, the report underlined that wildlife clearances were given to 680 projects between 2015 and 2020. “The manner in which several projects within or near protected areas have been given a go ahead by the regulators including MOEFCC,National Board for Wildlife (NBWL) and National Tiger Conservation Authority (NTCA) raises serious questions as to whose interests are being served,” concluded the report.

What explains India’s strident advocacy for climate finance abroad and a pro-corporate development stance at home? The more India raises its voice at international fora, the more it will face questions on its actions at home where it is prioritising development over ecological concerns and safeguards. Decoding this apparent contradiction calls for some perspective on how the world, and indeed India, has sought to respond to the climate crisis. Very simply put, this response – what needs to be done to reduce our adverse impact on the planet and to cope with climate change consequences – has been framed in terms of capitalisation of mitigation and adaptation activities. In other words, the world’s response to the climate crisis has emerged as yet another site for profit making in a way which does not drastically disturb existing environmentally unsustainable modes of profiteering.

Until sufficient capital can be arranged for replacing conventional modes of generating industrial profits with renewable or sustainable means of making profit the former can continue. Thus, while India seeks more international capital in green technologies, infrastructure, energy and more as climate finance, and consequently open fresh economic opportunities, it is unlikely to do so at the cost of disturbing existing economic activity to the detriment of big industries here. In fact, as shown above, by dilution of environmental safeguards it is in fact providing a push for maximising unsustainable modes of development and profit making. As a further illustration, while the government invokes ‘climate justice’ abroad, based on historical inequality of emissions, in order to invite fresh capital, it is unlikely to make the tiny section of the rich in India pay more for mitigation and adaptation of/to climate change.

In their recent study, Rohit Azad of Jawaharlal Nehru University and Shouvik Chakraborty of University of Massachusetts have shown that the richest 10% in India are responsible for seven times more carbon emissions than the poorest 10%, and that any mitigation effort must involve the domestic rich paying more. The apparent dissonance in India’s pitch on environment at home and in the world respectively is thus in line with how the world at large has evolved its response to the crisis.

This article was originally published in Science The Wire and can be read here.