This month in Infrastructure Finance Update it appears that the discussions on a new Development Finance Institution (DFI) continue. It has been noted that earlier “Development Finance Institutions (DFIs), such as ICICI, IDBI, IFCI and IRBI, have either reinvented themselves or faded away, the government is veering towards setting up a new DFI essentially to fill the gap in long-term finance for infrastructure sectors. Discussions have been held at the highest level over the last couple of months. The two options being discussed are: i) whether it should be promoted by the government or, ii) it should be given a private sector character with the government restricting its holding to 49 per cent,” The Sunday Express reports. The proposed DFI will be used to finance both social and economic infrastructure projects identified under the National Infrastructure Pipeline (NIP). At a FICCI meeting on July 31, the Finance Minister had said DFI-related discussions were on, but did not share any details. The high-level task force on NIP had recommended building up the capacity of banking and financial institutions, including IIFCL and SBI, to provide long-term infrastructure finance.

Continuing with the DFI discussion veteran banker Uday Kotak has asserted that the current cost of financing solar projects in India is extremely high and advocated setting up a development financial institution to fund renewable energy projects which have a long gestation period. The CII president and Kotak Mahindra Bank managing director also said India needs to increase production of solar panels and reduce its dependence on imports from China in its pursuit to become self-reliant.

In another key development the Lok Sabha has passed the Major Ports Authority Bill (Bill) 2020 implying privatisation of all major ports and enabling more powers to take decisions in competitive market. The Bill is aimed  at the Major Ports of Chennai, Cochin, Deendayal (Kandla), Jawaharlal Nehru (Nhava Sheva), Kolkata, Mormugao, Mumbai, New Mangalore, Paradip, V.O. Chidambaranar (Tuticorin) and Visakhapatnam, to function with greater autonomy and decision-making power and by modernising and giving more liberty to the Major Ports by revamping the institutional framework of the Major Ports. The Bill repeals the Major Ports Trusts Act, 1963.

The Commerce and Industry minister Piyush Goyal virtually launched India’s first GIS-enabled national land bank portal this month, which enables investors to zero in on land located in various states for potential projects. As much as 4.2 lakh hectares of land has been mapped across 3,275 industrial clusters in India, of which about 1.13 lakh hectares of land is available for investors, as the government looks to lure investors at a time when anti-China sentiments are growing globally. Investors will also get access to details of logistics, land, rail & air connectivity, tax incentives, drainage system, power supply and raw material availability from the portal on various industrial belts. For the development of the National Land Bank, the Government intends to solicit the details of industrial land with plot level information, connectivity thereto, basic facilities, other facilities available and contact details of authorities/developers of the park.

From Multi-lateral Development Bank front, the World Bank, which has part-funded the dedicated freight corridor, announced that it is working with the Indian Railways to formulate the private freight terminal (PFT) policy. This will cover Railways’ 800 private freight terminals. The Railways, has taken policy decisions to attract freight to the rail-mode. It is likely that the Dedicated Freight Corridor Corporation of India Ltd (DFCCIL) will also tap the capital markets.

And, IFC, the International Finance Corporation has said that USD 2 trillion will be provided to India to develop green buildings, improve public transport and to expand renewable sources of energy.

In the south, Andhra Pradesh state government allotted Rs. 10 crore funds for the expansion works in Vishakapatnam, in collaboration with the New Development Bank (NDB).

GMR Infrastructure Limited (GIL)  announced signing of definitive agreements for the sale of its entire 51 per cent stake in Kakinada SEZ Limited (KSEZ) to Aurobindo Realty and Infrastructure Private Limited (ARIPL). As part of the proposed transfer of stake of KSEZ, the 100 per cent equity stake of Kakinada Gateway Port Limited (KGPL) held by KSEZ would also be transferred to Aurobindo Realty. Kakinada SEZ Ltd is engaged in the business of implementation of a port based multi-product special economic zone project at Kakinada, East Godavari District, Andhra Pradesh and KGPL has the concession granted by the Government of Andhra Pradesh to set up a greenfield commercial port in Kona Village of the East Godavari Dist., of Andhra Pradesh.

Further, the Ministry of Shipping has approved Rs.1500 crore coastline projects for Andhra Pradesh and would undertake improvement of Kakinada Anchorage Port under Sagarmala programme.

In the North, the Centre approved the Haryana orbital rail corridor project from Palwal to Sonepat via Sohna, Manesar and Kharkhoda. The 121.7 km project was estimated to cost Rs 5,617 crore and proposed to be completed in five years. This will be implemented by the Haryana Rail Infrastructure Corporation Limited, a joint venture company set up by the Ministry of Railways and the Government of Haryana.

7 Urban Projects Worth Rs 541 Crore in Bihar has been inaugurated, prior to the upcoming elections in the State.

In the North East, Assam announced infrastructure projects worth nearly Rs 12,000 crore. New projects include construction of four new medical colleges, nine women colleges, six degree colleges, ten law colleges, two flyovers and road corridors across the state. Besides, ADB and AIIB will give Rs. 6000 crores for other 12 road projects. This would be the highest capital investment for infrastructure in the state.

Singapore-based Cube Highways and Infrastructure Pte. Ltd said it has tied up with the State Bank of India (SBI) for Rs 3,500 crore ($476 million) loan facility (debt financing) to help acquire road projects on a toll-operate-transfer (TOT) basis. Cube Highways had agreed to acquire Ghaziabad-Aligarh Expressway Pvt. Ltd from Indian highway developers PNC Infratech Ltd and Bharat Road Network Ltd, and the Indian unit of Oman’s Galfar Engineering & Contracting. Miami, Florida-based I Squared, which is an infrastructure-focussed private equity firm, had set up Cube Highways in a tie-up with International Finance Corporation (IFC), the World Bank’s private-sector investment arm. It roped in two more investors later—Abu Dhabi Investment Authority in November 2017 and a consortium led by Japan’s Mitsubishi Corp the following month. Cube Highways has emerged as one of the top foreign buyers in India’s roads sector over the last six years.

In private equity sector, Blackstone, which wasreportedly interested in the acquisition of L&T Mutual Fund, has become a frontrunner. Blackstone has offered to pay up to Rs 3,200 crore ($438 million) whereas L&T Finance is believed to be expecting around Rs 4,000 crore ($548 million).

Blackstone, has also announced a $250 million fund for distributed and sustainable energy infrastructure assets to ride on the renewable energy wave that’s sweeping energy markets globally. Blackstone manages assets worth $571 billion and has floated a new portfolio company, ClearGen LLC, through funds managed by GSO Capital Partners LP, to undertake the investments. ClearGen will finance and own distributed and sustainable energy infrastructure assets for commercial, industrial, and institutional customers.

Meanwhile, the National Investment and Infrastructure Fund (NIIF), in its first conventional energy sector bet, is looking to buy about 49.5% stake in gas-based power plant ONGC Tripura Power Company (OTPC) for close to Rs 1,500 crore ($205 million). A 26% stake will be bought from crisis-hit Infrastructure Leasing & Financial Services (IL&FS) and the remaining 23.5% will be acquired from US-based infrastructure investment fund Global Infrastructure Partners (GIP). ONGC holds 50% stake and the government of Tripura holds the balance 0.5% stake in OTPC.

The Asian Infrastructure Investment Bank (AIIB) and Amundi, Europe’s largest asset manager have launched the AIIB-Amundi Climate Change Investment Framework — a platform supposedly to assess climate change risks and opportunities that are aligned with objectives of the Paris Agreement. In 2019, AIIB’s climate finance amounted to US$1.7 billion (RM7.07 billion) or 39% of total financing approved, an increase from US$2.5 billion or 35% of total financing approved between 2016 and 2018. The bank also launched a US$500 million fund through the AIIB Asia Climate Bond Portfolio in 2019. And as of June 2020, Amundi’s climate finance solutions represented €19 billion (RM93.67 billion) in assets under management.

In a written reply by the Union Minister of Agriculture and Farmers Welfare Narendra Singh Tomar in Rajya Sabha, details of the plan around the Rs 1 lakh crore Agri Infrastructure Fund for farm-gate infrastructure for farmers was published. The scheme shall provide a medium – long term debt financing facility for investment in viable projects for post-harvest management infrastructure and community farming assets through interest subvention and financial support. The duration of the Scheme shall be from FY2020 to FY2029 (10 years). Under the scheme, Rs. 1 Lakh Crore will be provided by banks and financial institutions as loans to Primary Agricultural Credit Societies (PACS), Marketing Cooperative Societies, Farmer Producers Organizations (FPOs), Self Help Group (SHG), Farmers, Joint Liability Groups (JLG), Multipurpose Cooperative Societies, Agri-entrepreneurs, Startups and Central/State agency or Local Body sponsored Public Private Partnership Project. 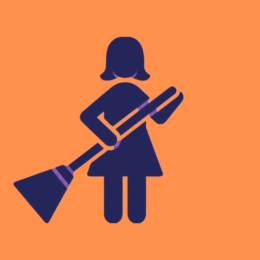