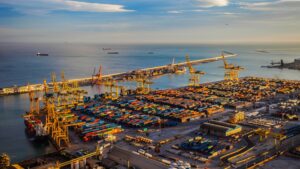 The infrastructure finance update for the month of September 2022 covers stories from the sectors of roads and highways, railways, ports, private equity, telecom, and Gati Shakti. The Department for Promotion of Industry and Internal Trade (DPIIT) reports that the government has identified 196 crucial infrastructure projects related to port connectivity, and the transit of coal, steel, and food goods. These initiatives were found by conducting audits of the crucial first-and last-mile infrastructure gaps. An inter-ministerial group called the Network Planning Group is now coordinating the matter with the relevant government department as part of the Gati Shakti programme. The industry department reports that 1,288 issues have been handled in the last eight months through the Project Monitoring Group (PMG) mechanism as the settlement of issues for time-bound project implementation has gained momentum. 40% of these concerns are related to land acquisition, 25%–25% to environmental, forestry, and wildlife clearances, and 15% are cases involving right of use and right of way.

The National Logistics Policy (NLP), which was announced by the Department for Promotion of Industry and Internal Trade, requires key infrastructure ministries such as rail, highways, ports, and steel, among others, to develop sector-specific plans to improve logistics efficiency in consultation with various stakeholders within six months. The sectoral plans for efficient logistics will be in line with PM Gati Shakti and address logistics concerns relating to infrastructure, processes, digital advancements, policies and regulatory reforms, and capacity building for a better workforce. They will also put focus on modal mix optimization, the policy that the Prime Minister introduced. According to the policy, monetary and fiscal incentives will be developed by the proper line ministries and used when necessary and practical to promote multimodal transportation, the ideal modal mix, energy efficiency through the use of technology, etc.

According to data from the National Crime Records Bureau, over 1.55 lakh lives were lost in road crashes throughout India in 2021 – an average of 426 per day or 18 every hour — making it the worst year on record. The NCRB, which is housed under the Ministry of Home Affairs, reported that while the number of fatalities brought on by collisions peaked last year, the number of traffic accidents and people injured has decreased over the previous years. Inadequate project reports caused several traffic accidents, according to Union Minister Nitin Gadkari, and he emphasised businesses need good training to prepare thorough project reports for building highways and other roads. Some of the worst DPRs (Detailed Project Reports) created by businesses cause traffic accidents. The minister of roads and highways claims that the government is pushing for the use of cutting-edge technologies.

In Rajamahendravaram, Andhra Pradesh, the Union Minister for Road Transport and Highways laid the foundations for eight national highway projects. The total cumulative value of all the projects is Rs. 3,000 crores. After they are finished, the projects will provide greenfield road connectivity to the Kakinada Special Economic Zone (SEZ), SEZ Port, Fishing Harbour, and Kakinada Anchorage Port, making it easier to export products like rice, seafood, oil meals, iron ore, biofuel, granite, etc. through the Kakinada Port.

The government is creating solar-powered electric highways that will enable the charging of large trucks and buses, according to the union’s minister of road transport and highways. It is important to recognise that an electric highway is a route that provides power to automobiles using various methods, including overhead power wires. The government is also promoting solar energy use in toll booths. The minister for roads and highways claims that the government is pushing for the use of cutting-edge technologies.

For the first time, Indian Railways has issued a tender to solicit private builders of high-speed wheel plants as part of the Make in India drive. As part of this initiative, the railway will purchase 80,000 wheels annually for a total of 600 crore rupees, with all manufacturing taking place domestically, according to the Railways Minister. Every year, the Indian Railways needs two lakh wheels. One lakh wheels will be given by the Steel Authority of India Limited (SAIL), and the remaining wheels will be produced in a new “Make in India” plant, according to the plan.

The Ministry of Railways has determined that its new land licencing fee (LLF) policy has the potential to generate Rs 30,000 crore of revenue over the next five years. Increased freight volume transported through Gati Shakti cargo terminals will generate money. The new railway land lease policy, which was previously set at 6% of the land’s market value, was authorised by the Cabinet Committee on Economic Affairs (CCEA). The annual percentage increase in rent has been lowered from 7% to 6%. The Center’s intention to construct 300 Gati Shakti freight terminals, an increase from its initial goal to construct 100, was also noted in the CCEA release.

According to estimates, the east-west route of the Lucknow Metro Rail Project will cost Rs. 42.65 billion and take five years to complete. The second phase of the city’s metro rail project will link the Charbagh area’s main train station with the crowded and highly populated old parts of the city. On Lucknow’s north-south route, the mass rapid transport system is already in operation. The east-west corridor will stretch 11 km. According to the Uttar Pradesh Metro Rail Corporation (UPMRC), the cost of the east-west corridor has escalated from Rs 37.86 billion, estimated in the detailed project report in February 2019, to Rs 42.65 billion on account of inflation. 11 km will be the length of the east-west corridor. The cost of the east-west corridor has increased from the initial estimate of Rs 37.86 billion in the detailed project report dated February 2019 to Rs 42.65 billion due to inflation, according to the Uttar Pradesh Metro Rail Corporation (UPMRC). Approximately Rs 68.80 billion was spent on the Lucknow Metro’s operating north-south corridor. Equity and loans were used to fund it in part. The flagship projects received funding from the European Investment Bank and other multilateral financial organisations.

The Concession Agreement for the mechanisation of Berth No. 2 at Haldia Port has been signed between HDC Bulk Terminal Ltd (HBTL), a fully owned subsidiary of Adani Ports and Special Economic Zone Limited (APSEZ), and Syama Prasad Mookerjee Port, Kolkata (SMPK). This follows SMPK’s decision to designate APSEZ as the winning bidder earlier in February. According to the Concession Agreement signed by SMPK and HBTL, the special purpose vehicle (SPV) established to carry out the project will be granted the right to plan, finance, construct, operate, maintain, and manage the bulk terminal with a capacity of 3.74 million tonnes per year at the Haldia Dock Complex, Haldia, for a concession period of 30 years. In accordance with the signed Concession Agreement, HBTL would complete the project’s financial close within six months and then start building the terminal. The project has already got the required environmental clearance and is expected to cost Rs 298 crore.

Domestic air passenger traffic increased by 5% in August to 1.02 crore, and rating agency ICRA predicts a rapid recovery in traffic this fiscal year due to normal airline operations and increased vaccine coverage. ICRA also reported that, for Indian carriers, overseas traffic increased by 32% over the pre-COVID level of roughly 19.8 lakh passengers during the month of August. Domestic passenger traffic is anticipated to have increased by over 13% year over year and reached nearly 5.24 crore in the first five months of this fiscal. ICRA said that the airline’s capacity deployment in August was over 37% compared to the same time last year, but less than pre-COVID levels by almost 10%. Additionally, it stated that a swift rebound in domestic passenger traffic is anticipated in FY2023, due to operations returning to normal and the pandemic’s waning.

Through stock exchange block agreements, Blackstone will sell a share in Embassy Office Parks REIT, the country’s largest real estate investment trust, for up to $400 million. According to one of the sources, Abu Dhabi’s sovereign wealth fund, one of the world’s largest, is likely to buy at least half of the shares that Blackstone is selling. India’s first REIT to list in 2019, owns and runs an office park and an office building portfolio of more than 42 million square feet in cities such as Bengaluru and Mumbai. It is Asia’s largest office REIT in terms of land area. Following two similar sales in 2020 and 2021 where the private equity firm sold shares worth more than $500 million cumulatively, the block deal will be Blackstone’s third stake sale in Embassy.

Kerala will monetize the resources of its state-owned internet company. As it seeks funding to provide digital services to the underprivileged, it is in discussions with private corporations like Bharti Airtel and Reliance Jio. Two million economically disadvantaged households have access to free internet thanks to the Kerala Fibre Optic Network (Kfon), which is increasing its reach to about 30,000 offices. After three years, it could need to raise Rs 250 crore yearly by selling assets to pay off debt and for upkeep and growth. The project’s overall investment is anticipated to be near Rs 1,600 crore. Kfon estimates that its infrastructure development is about 85% complete. Of the 30,000 Kfon offices that were anticipated, infrastructure is present in 24,357 of them, and services have begun in 8,300 of them. The local self-government has not yet chosen 14,000 families from 140 assembly districts to receive Kfon services. 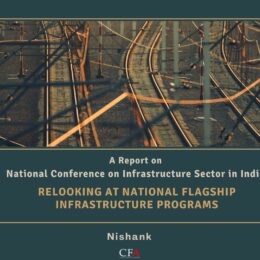 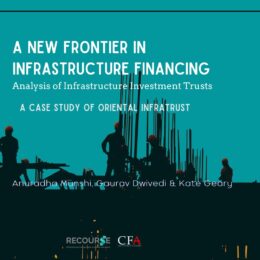