(How Public Banks are going to be privatised and land, labor reforms are being gradually pushed in the country)

In a capitalist system, it is said that the market correct itself through the invisible hands of supply and demand. This hand however is partly visible when we look through at International Financial Institutions, particularly the Bretton Wood Institutions. It works through conditionalities both hard and soft.

The just released country report by IMF after the Article IV consultations is one such invisible hand.  IMF regularly conducts monitoring of the economic and financial health of member countries known as ‘Surveillance’. This is done through annual country assessments known as ‘Article IV consultation reports’. The report contains IMF policy recommendations on how the economic policies look like and shape national policy making and strategies. 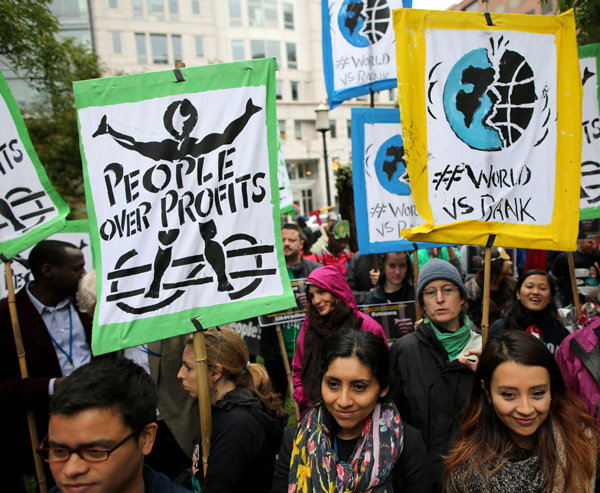 The 2019 Article IV consultation report for India was released on December 23rd, just months before the next union budget is presented. The report is coming at a time when India’s economy is having its slowest growth since at least 2013 and is in a midst of a significant economic slowdown. The growth in the second quarter of FY 2019 came to a six year low of 4%. This is in contrast to the projections done by IMF in World Economic Outlook in October 2019 when global economy was in a synchronized slowdown and global growth was downgraded to 3% slowest since global financial crisis. However, the projections for India were still in the range of 6.1% in 2019 and 7% in 2020, beating the global trend.

Gita Gopinath, the chief economist of IMF during the release of Article IV country report said, the extent of slowdown of Indian economy has surprised many including those at IMF. There is a growing debate in the country where the slowdown is seen not just as cyclical but structural in nature wherein measures around fiscal and monitory policies along with recapitalisation of credit markets and regulatory changes could help country out from the slowdown. The Chief Economic Advisor K Subramanian, however, sees the economic slowdown is more cyclical than structural and advocates steps like the ones taken by the government in the reduction in corporate tax and creating a favorable investment to revive the economy.

The Article IV report has noted the deceleration of consumption and investment together with the weaknesses in the non-banking financial sector and corporate and environmental regulatory uncertainty as reasons for the current slowdown. India Ratings and research says that the reduced income growth of households has reduced urban consumption, and drought/near-drought conditions in three of the past five years coupled with collapse of food prices has taken a heavy toll on rural consumption, a fact accepted by the IMF report as well. Likewise savings by household sector – which are used to extend loans for investment — have gone down from 35 per cent (FY12) to 17.2 per cent (FY18). The Gross Fixed Capital Formation (GFCF), a metric to gauge investment in the economy too, has declined from 34.3 per cent in 2011 to 28.8 per cent in 2018.

Instead of boosting demands by providing jobs or enlarging schemes like NREGA along with increase in wages, the government however chose to reduce the corporate tax resulting in loss of about 1.45 trillion apart from more than a trillion revenue forgone this financial year under tax deductions for the corporates. The contradictions become quite clear when the minimum floor wage for workers was increased to just Rs. 24 per year which is not even enough for a square meal for a day. The total employment figures itself dropped by 9 million during 2012 – 2018 with a high unemployment rate of 8.8% in 2017-18.

The Article IV report however uses this situation to push for ‘structural reforms’ which will further open up the economy to more privatisation and reduce regulations in land, environment and labour. IMF is pushing for a bank clean up to reduce the government presence in banking sector, and reforms in the labor laws allowing for flexibility in hiring and firing employees.

The report further pushes for FSAP (Financial Sector Assessment Program) recommendations, which is an assessment done by World Bank and IMF together, and recommends independence of banks’ Boards, removing RBI officials from PSB Boards, and more aggressively pursuing Public Sector Banks (PSB) privatization and/or letting PSBs operate independently with accountability to the government.  The PSBs currently have a high Non Performing Asset (NPA) and much of this is due to willful default by the corporates. Privatisaton of banks will place the peoples’ savings in the hands of private capital, who then will have no incentive to use the same for development of backwards regions and priority sectors. In addition, the recommendation includes deep operational restructuring and far-reaching governance reforms in order to improve efficiency, risk management, and credit allocation of the public sector banks. The Article IV report also recommends passing of the FRDI bill which was withdrawn due to public pressure earlier to establish a mechanism for resolution of financial institutions. The implementation status of FSAP recommendations document government resolve to reconsider introducing the FRDI bill.

Apart from recommendations in the financial sector, the Article IV report urges for continued labour, product market, land and other reforms aimed at increasing labor market flexibility. The reports call for structural reforms to ease large scale investment in infrastructure through reforms which will allow the pension funds, insurance and sovereign wealth funds in infrastructure financing, and to tackle bottle necks of land acquisition, environment and forest clearance etc. The serious nature of these recommendations comes from the fact that National Board for Wildlife (NBWL) – charged with allowing forest land in protected areas to be diverted for industry since 2014 – approved 682 of the 687 projects (99.82%) that came up for scrutiny. Large scale infrastructure projects coupled with easing of environment and forest clearance is a recipe for disaster.

These reforms which are coming from a dictate towards neoliberal economy is the invisible hand which is continually robbing the people of their land, destruction of their natural resources and transfer of national savings and wealth for a few creating greater imbalances in the society, leading to inequality of wealth and income. Millions of people (more than 250 million) went on a national strike this month on January 8th against the policies of government which conforms to many of the recommendations cited above including privatisation of public sector enterprises, labor law changes and demanding roll back of disinvestment in public sector units.  The banking sector unions too joined the strike demanding stringent measures to recover defaulted loans from corporates, and against banking reforms and unwanted mergers.  When the invisible hands of market and financial institution strike, the people’s hand will rise to resist. 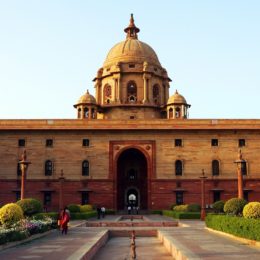