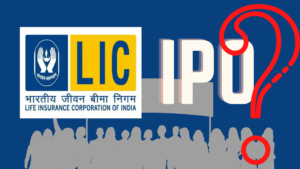 The Life Insurance Corporation of India’s (LIC) Initial Public Offer (IPO) has been opaque and only after the issue of the Red Herring Prospectus(RHP) some details have emerged.

From the initial proposal of 5% sale of shares to fetch around Rs.75000 crore the sale is down to 3.5% to get around Rs.21000 crore. We might have spent more than this amount for getting embedded value assessed by Milliman, a foreign company, on roadshows in India and abroad, on payments to Lead Managers, and on daily advertisements in so many newspapers!  All this expenditure was incurred by LIC. This will directly affect its profit this year and in turn, every policyholder will get a reduced bonus, but the income will go to the President of India as per the advertisement.

The advertisement dated 4th May 2022 contains the following shocking statements.

Now the questions are-

Now let us analyse the scandal in detail.

“As per reports in 4 of the last 5 biggest IPOs, both private and PSUs investors have lost nearly up to their entire investments. Investors in Paytm (One 97 Communications), Reliance Power, Coal India Ltd and General Insurance Corporation have lost 20-97% of their original investment in these public issues. While SBI card and Payment services stock is in green since its issue two years ago, it has massively underperformed in the benchmark indices” (Financial Express May 4, 2022)

As per Economic Times (4th May 2022, 7.38 pm) 67% of the shares were subscribed on the first day itself. Employee and policyholder Quotas were fully subscribed.  Retail Quota saw 60%, Non-Institutional Investors Quota 27% and QIB saw 33% bids so far.

It raises a question–Why the policyholders were given only 10% of the share when they actually own 95% of LIC?

The IPO might become a success with its full subscription, but the scandals have to be investigated. The SEBI, IRDAI and the Supreme Court have to step in because LIC is the only social security available to the poor and the middle class in the country.

Article 14 of the Constitution says “The State shall not deny any person equality before the law or the equal protection of the laws within the territory of India on grounds of religion, race, caste, sex or place of birth.”

Here, the religious minorities, people belonging to SC/ST/OBC community and women who make up a major portion of the policyholders are not given equal opportunity.

The preamble to the constitution says “We the People of India, having solemnly resolved to constitute India into a Sovereign, Socialist, Secular, Democratic, Republic and to secure to all its citizens justice, social, economic and political liberty of thought, expression, belief, faith and worship. Equality of status and of opportunity, and to promote among them all fraternity, assuring the dignity of the individual and unity and integrity of the Nation.”

Hence, it is time to raise our voices for the common man and woman.