It’s an honour to be selected for the Chico Mendes Award 2019, shared with Machimar Adhikaar Sangharsh Sangathan (MASS). The award recognizes “individuals or non-governmental organizations outside the United States who have exhibited extraordinary courage and leadership at the grassroots level in the struggle to protect the environment”. The recognistion does not carry any cash award. 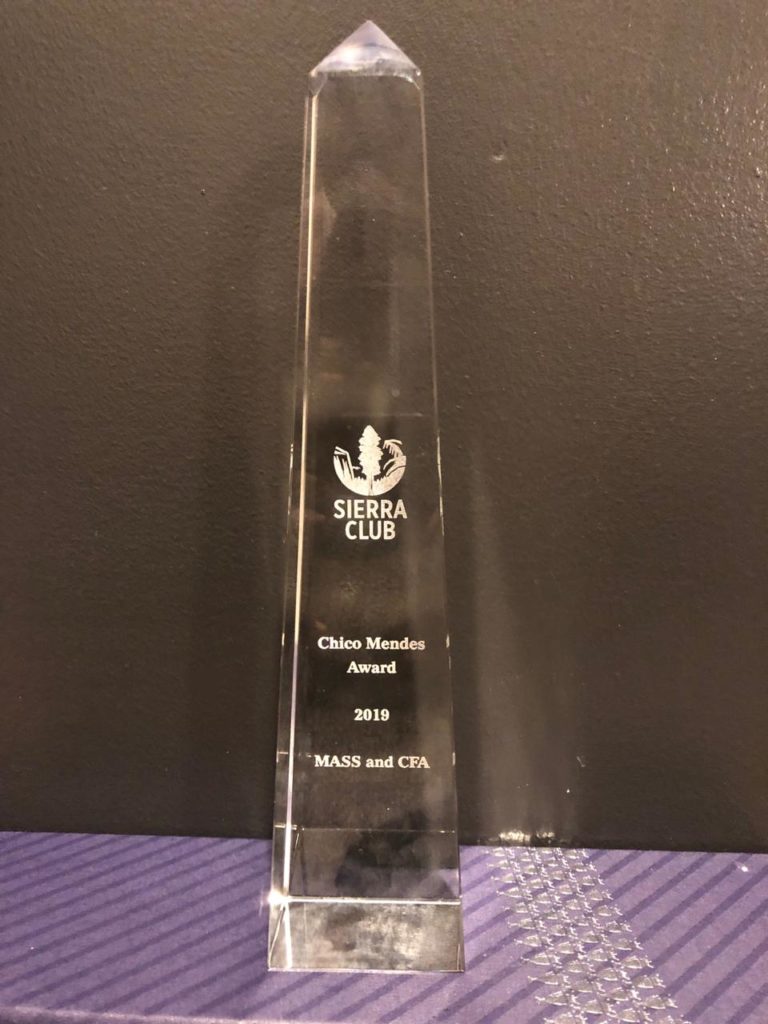 It’s a great honour to receive an award named after a legend like Chico Mendes, who was a Brazilian rubber tapper, trade union leader and environmentalist who fought to preserve the Amazon rainforest and advocated for the human rights of peasants and indigenous peoples in Brazil. He was assassinated in December 1988. Both in life and in his death, Chico Mendes is an inspiration for generations to come. Three decades back he recognised and worked on the interconnectedness between human rights, environmentalism and unionisation – something which is relevant to this day. Probably more relevant and needed today than ever.

This is a recognition for the fisherpeople who fought a battle against the corporations and their financiers.  The award is further reinforcing the faith in ordinary people, that they could challenge corporations and make international financial institutions more accountable for their irresponsible lending. We feel honoured for getting this Award to share with MASS.

Whatever CFA could do so far was with the help and support of a number of individuals, people’s movements, CSOs, political activists, trade unions and academics. We are thankful to each one of them and share the award with them.