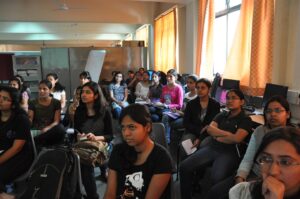 On August 24, Delhi University witnessed a vehement protest by the Delhi University Teachers’ Association (DUTA) outside the Vice Chancellor’s office. Inside, the academic council was meeting to reinstate the Four-Year Undergraduate Programme (FYUP) model (which was earlier scrapped in 2013), in accordance with the National Education Policy (NEP) 2020. This meeting was crucial because it would serve as a precedent for educational institutions all over the country to execute the policy.

The FYUP model provides for multiple entry and exit options in a four-year undergraduate degree and imposes an additional year of expenditure for a programme that can otherwise be completed in three years. Leaving the four-year programme midway is shrouded in the euphemism of “certification” of one year, a diploma of two years and so on. The implementation of this model in accordance with NEP 2020 also implies more contractual positions for teachers and shrinking of public expenditure on education.

In its letter to the VC, the DUTA stated that such a rushed implementation of the policy without consultation with relevant stakeholders would lead to a disastrous outcome. However, amid protests, the council decided to implement significant portions of NEP 2020 starting from academic year 2022-23, setting the stage for a future of super-exploitative jobs to complement India’s capitalist labour market goals.

Sustaining an exploited workforce through education

NEP 2020 is the result of a string of documents produced locally and globally aimed at making education a commodity of exchange. In 2000, the World Trade Organisation (WTO) brought education into the ambit of the General Agreement on Trade in Services (GATS), which meant that education could now be bought and sold. The same year, the Ambani-Birla report on education recommended compulsory vocational training for secondary school, privatisation of higher education and permitting foreign direct investment in education in India. Further, a 2017 Google-KPMG study on the booming online education market in the country, which it estimated to grow to US$ 1.96 billion in 2021, also served as a crucial contributing factor to NEP 2020.

Amidst the movements over fee hike in universities and protests to reinstate reservations for teachers and students in public education, NEP 2020 seems aimed at putting an end to the fight once and for all by favouring a model of privatisation and exclusivity that would deeply widen India’s existing inequality. By removing the role of the state in education, the policy promises sweeping changes in the education system to equip it for, what it calls, the new labour market demands emerging in India with more economic reforms. In reality, the education policy expands on an older ‘developmental’ logic of super-exploitative jobs, concentrated in foreign investment directed sectors, which sustain economic growth at the cost of widening inequality. This has been possible due to ‘informalisation’—the deregulation of workplaces combined with shrinking social security nets—and entails the social reproduction of skilled labour for the informal sector.

The policy introduces vocational training as a component that is not separated from hard academics. By doing so, it allows students to exit high school at any point and re-enter to only pursue vocational courses or pursue only “skilled” labour courses in place of basic subjects. While explained as holistic learning, in reality this will be detrimental to the Indian landscape for broadly two reasons: firstly, there is no dearth of skilled labour in the country for the so-called “new demands” of the market. As per the State of Working India report, between 2011-2012 to 2017-2018 India’s working age population grew by 15.5 million but the labour force grew only by 7.7 million. There is a large labour force that is distressed because of widescale unemployment and contractual labour. The policy seems to be equipping citizens for an economic paradigm that falls dangerously short of its promise of dignified employment.

Secondly, the component of vocational training will further amplify social inequalities because students from socially disadvantaged backgrounds will be more likely to resort to these courses because of their historical association with this labour and/or because external help like tuitions (which is not feasible) is required for first generation learners to grasp subjects like science, maths and English.

India’s labour regime is not characterised by lack of skilled labour but by precarious informalisation with almost non-existing social benefits. Due to the nature of goods produced in the country, i.e., goods that are barely differentiable, capitalist development is extremely dependent on informal and highly exploitative labour in which costs can be reduced to the bare minimum to reap profits, as rightly argued by Rahul De in his working report for Azim Premji Foundation.

Shambhavi Sharma, an activist from the student-youth organisation Collective, which has been engaged in vehemently opposing NEP 2020, says, “Through terms like flexibility, exit options, autonomy, the NEP document hides the fact that it is a direct attack on accessible public education for all. With four exit options in a bachelor’s degree, this document legitimises dropouts through the rhetoric of ‘choice’. Combined with emphasis on skill training and introduction of apprentice and trainee positions at the workplace, this policy makes way for a cheap labour market in India.”

In this background, how can one then locate a change in the landscape where there is a demand for “new kinds of jobs”? Even if the nature of work changes, the structures of an exploited workforce remain the same, as it has over decades – for example, the emergence of gig economy producing workers like those with Swiggy, Uber and Urban Clap.

NEP 2020 suggests a model that attempts to minimise physical learning and favours distance learning and online degrees. Another activist from Collective says, “Online education is a codeword for privatisation. Viewing online education as a commodity not right. In line with NEP 2020, the UGC has mandated 40-70% coursework to be shifted online even after the pandemic, forcing more Indians out of public education.”

India’s education system has not been aligned to online education or distance learning. While these have always existed as an alternative to mainstream education, making them a norm would be detrimental to the country’s education landscape. The 75th National Sample Survey (NSS) reported that only 11% of Indian households possess a computer of some sorts and only 24% households have access to the internet. Further, the online mode of education used during the pandemic has led to alarming situations. NEP 2020 mentions that “5 crore have not attained foundational literacy and numeracy, i.e., the ability to read and comprehend basic text and the ability to carry out basic addition and subtraction”. Despite this, it finds solutions to these problems in online education, privatisation and vocational training, which only deteriorates the issues at hand.

The Azim Premji Foundation report on ‘Loss of Learning during the Pandemic’ observed that due to the online mode of education, children were unable to form ideas in their minds, lost ability in language and could not identify basic digits. It points out: “These foundational abilities are such that their absence will impact not only learning of more complex abilities but also conceptual understanding across subjects.”

The importance of public infrastructure in education has never been more important. Shutting down higher educational institutions that are unable to function autonomously due to lack of funding and privatising existing public universities will ensure “high quality education” to only a privileged few, thereby ensuring social discrimination where dignified employment is reserved only for the upper class. Further, by encouraging online learning, the policy will undo the years of struggle in the form of reservations, fee subsidies, etc. that sought to diversify and include marginalised students in higher education in the country.

The physical space of the university is crucial to ensure an equal space of learning, and the provision of facilities like libraries and hostels ensure quality education to all, irrespective of social backgrounds. Dr Rukmini Sen, professor at Ambedkar University, Delhi, characterises the space of the university as a part of pedagogy. She says, “It is not just a space of coming to class. It is a space for ideation, it is a space to form relationships, friendships, solidarities, political exchange of ideas – but it is also a space that gives you a certain kind of infrastructure, which is not so easily available to the kind of students we find in public universities. These spaces are absolutely important. These spaces reduce inequality within students, we can’t give up on that.”

Education, which was once imagined to be emancipatory and significant in breaking free from one’s social position by the likes of Ambedkar, Savitribai and Jyotirao Phule, has now become an instrument of capitalist development to provide a large, precarious informal labour surplus. A strong public education system is imperative to uplift citizens. Preparing for a labour force that is conditioned to work in the same exploitative economic sphere without changing the trajectory of capitalistic development in the country will only create more precarity and inequality. It is for this reason that we must oppose NEP 2020.

This article is written as a part of the Smitu Kothari Fellowship of the Centre for Financial Accountability, Delhi. First published by The News Minute, this article and can be found here.