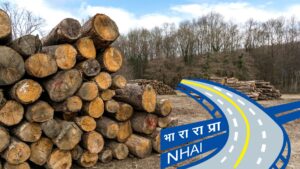 A USD 3.2 million contract for the building of the four-lane road link from Ogle to Eccles has been signed by the Guyana Ministry of Public Works and the Indian Public Sector Enterprise firm RITES Ltd. India strengthens its position in Guyana. The four-lane road link would begin at the intersection of the Rupert Craig Highway, according to the deal that was signed in Georgetown, Guyana’s capital city. On the East Bank of Demerara, it also includes Eccles and the Ogle airport road to Haags Bosch (EBD). The 7.8 km road will be built fairly soon, and the entire project will take about 24 months to finish. RITES will be monitoring the construction and making sure all accepted procedures have been followed.

The NHAI felled more than 1.10 lakh privately owned trees, including Mullberry, Apple, Chinar, and Walnut trees, valued at Rs 13.76 crore, to build the Srinagar Ring Road. In the upcoming days, around 1,200 more individual trees that contribute to the Valley’s rich greenery will be cut in order to construct the new road around Srinagar. The NHAI stated that the project is in the building phase but provided no estimate of the cost that will be incurred for planting trees along the ring road. A contract with the EPC contractor for the Srinagar Ring Road project stipulates that 50,616 trees would be planted along the avenue and 25,308 trees will be planted along the median. The NHAI awarded a private company the 42.10 km project on an engineering, procurement, and construction (EPC) basis in 2018. It cost Rs 939.41 crore. The 36-month construction period for the ring road and bypass project included Pulwama, Budgam, Baramula, Srinagar, and Bandipora, as well as 52 villages. 5,707 trees, including those from the Chir, Garna, Kamala, Ber, Shisham, Parli, and Amla, would be eradicated as part of the same ring road project in Jammu, but NHAI will not carry out any “afforestation.” According to the forest clearance received under the Jammu and Kashmir Forest Conservation Act, NHAI is not required to carry out any such compensatory afforestation.

The government-run National Highways Authority of India (NHAI) aims to raise up to Rs 4,000 crore for its infrastructure investment trust (InvIT), which is intended to speed up the acquisition of road assets. This will probably be done by creating a new special purpose vehicle within the trust structure. Half of the funds may be raised by selling InvIT units to current investors, such as Canadian pension funds CPPIB and OTPP, while the remaining funds are likely to come via a public bond sale on the local market that individual investors can participate in. The two Canadian funds each possess a 25% stake in an existing SPV under the InvIT which owns several road assets. Getting additional road assets will make room for more foreign investors. A foreign investor is now only permitted to own up to 25% of an SPV.

The National Highways Authority of India (NHAI) would receive Rs 4,200 crore as an initial payment from the toll-operate-transfer (TOT) model for two operational highway stretches totaling 200 kilometres. For the ninth TOT bundle, the National Investment and Infrastructure Trust (NIIF) has offered the largest amount of Rs 3,011 crore for a 72-kilometer stretch of NH-19 in Uttar Pradesh. Sekura Roads has bid Rs 1,711 crore for the tenth bundle, which includes a 125-kilometer length of NH-36 in Madhya Pradesh. The NIIF is a government-backed collaborative investment platform for international and Indian investors. Edelweiss Infrastructure Yield Plus fund invests in Sekura Roads. To recuperate their investments, operators under the TOT model collect user fees on the stretches at the NHAI-prescribed rates; however, they must operate and maintain the stretches for the whole concession period – 15 years for the ninth and tenth bundles.

The government’s “Bharatmala Pariyojana” program’s road connection project may have delays of up to six years and won’t be finished until 2027 or 2028. ICRA estimates that all projects will be finished by 2027–2028 if the Indian government is successful in completing 4,500–5,000 km of projects under the Bharatmala scheme. Land acquisition delays, a sharp increase in land acquisition, and bottlenecks brought on by the COVID-19 pandemic are the main causes of the delay. Given the impact of rising commodity prices on building expenses, the ultimate completion cost is likewise anticipated to be 15-20% higher. After accounting for cost increases through December 2021, the estimated cost of finishing the Bharatmala programme is Rs. 10.63 trillion, which is 99 percent more expensive than the initial projections. This increase is due to a significant increase in the cost of land acquisition and a sharp increase in input costs.

The Ministry of Environment and Forest has granted environmental clearance for the 594 kms long, Rs 36,230 crore Ganga Expressway. Work on the six-lane, access-controlled Greenfield project is expected to start soon because 94% of the necessary land has been purchased. The highway, which will link Prayagraj in the east to Meerut in the west of Uttar Pradesh, is being built under the public-private partnership (PPP) model on a Design, Build, Finance, Operate and Transfer (DBFOT) basis. Adani Enterprises will construct three packages from Amroha to Prayagraj, while IRB Infrastructure Developers will construct one of the four packages from Meerut to Amroha. The expressway’s first 134 km will be built by IRB, and the latter 460 km will be built by Adani Enterprises.

The development of a road connecting Haryana to the future Jewar International Airport in the Gautam Budh Nagar district of Uttar Pradesh has received government approval. A budget of Rs 2,414.67 crore has been authorised for the building of Greenfield connectivity to Jewar International Airport (linking Delhi-Mumbai Expressway) from DND Faridabad-Ballabhag Bypass KMP link in Gautam Budh Nagar district under the Bharatmala project in Uttar Pradesh and Haryana. The minister stated in a series of tweets that this 31.425-kilometer road will be built in a hybrid annuity format. The project will connect western Uttar Pradesh, Agra, and Mathura during a two-year development period.

According to press sources, infrastructure firm Edelweiss Infrastructure Yield Plus will purchase the eight operating highway properties that engineering behemoth Larsen & Toubro (L&T) developed and operated for Rs 7,000 crore. Before the transaction can be made public, it still needs to receive approval from both the Securities and Alternate Board of India (Sebi) and the Nationwide Highways Authority of India (NHAI). The deal also includes one transmission-related asset. L&T IDPL, a 51:49% subsidiary, contains the transportation infrastructure and energy transmission assets of the company. The Canadian pension fund Canada Pension Plan Funding Board is the arm’s 49% partner (CPPIB).

By 2024, the government expects to have 100 airports operating, provided that the necessary supporting infrastructure, such as land and regulatory approvals are in place. Since the UDAN program’s commencement, about 68 airports have been made operational for Regional Connectivity Scheme (RCS)-UDAN (Ude Desh Ka Aam Nagrik) flights. 425 UDAN routes connecting 68 airports, heliports, and water aerodromes across the nation have been operationalized by Selected Airline Operators (SAOs). Even after the three-year exclusivity term under the plan has ended, SAOs continue to operate a number of routes. In accordance with the scheme, airlines determine the amount and kind of supplies needed on a certain route and based on their analysis, take part in the bidding process that is periodically held.

The second phase of the Greenfield Jewar International Airport project will require land acquisition from six villages, and the farmers in those populations are asking for increased compensation. They are resolute that they won’t sell their property unless the government accedes to their demands for fair compensation, comprehensive rehabilitation, and resettlement benefits. These include a proper relocation strategy and four times compensation for their lands on enhanced circular prices. Last year, the state government transferred 1,334 hectares in Jewar to the Yamuna International Airport Private Limited (YIAPL), a 100% subsidiary of Zurich Airport International that was formed as a special purpose vehicle (SPV) to develop Jewar airport. According to the agreement, another 1,385 hectare will be granted adjacent to the existing airport site for the second phase, which will allow for the construction of a third runway and an aircraft maintenance, repair, and overhaul (MRO) centre. Nearly 1,185 hectares of this 1,385 hectare land would be bought from the farmers of these six villages. A total of 5,000 hectares of land are expected to be needed for the airport. By September 2024, the airport’s first phase is anticipated to be finished, and it will be able to handle 12 million people annually. The second phase, which is scheduled to be finished by FY31, will increase the station’s capacity to 30 million passengers annually. The third and fourth phases, which are scheduled to be finished by FY36 and FY40, respectively, will increase the station’s capacity to 50 million and 70 million passengers annually.

Israel announced that it will sell Haifa Port, a significant commercial hub on the Mediterranean coast, to the successful bidders Adani Ports of India and local logistics and chemical company Gadot for 4.1 billion shekels ($1.18 billion). Israel expects that the selection of Gadot and Adani would result in lower import costs and a reduction in the notoriously high wait times at Israeli ports. The two companies successfully completed a two-year tender process. 70% of the company will belong to Adani, and the remaining 30% will belong to Gadot. Most commodities travel to and from Israel via sea (almost 98% of total imports and exports), and the government has been investing in the industry to support further economic expansion. According to Haifa Port, the winning bid was “greater than expected” and the new consortium would run the port until 2054. 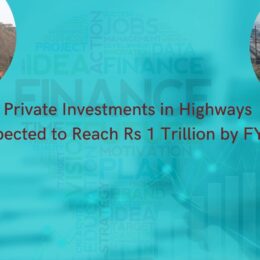