In fact, Centre’s whimsical policy response to the emerging global economic scenario is an equally big threat to the economy 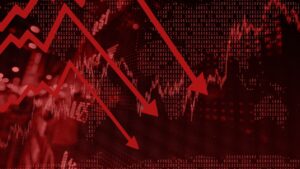 It would be imprudent to assume that a global recessionary trend will bypass India.

In fact, a day after Finance Minister Nirmala Sitharaman categorically ruled out the possibility of recession and stagflation (with high unemployment and high inflation India is technically witnessing stagflation) hitting India in her responses to the Parliament earlier in the week, Commerce Secretary BVR Subrahmanyam dropped a bomb shell.

India’s big trade partners, the US, China and Europe, are in deep trouble. The US is already in recession with last two quarters of growth turning negative, Europe is under pressure with Russia cutting down energy supply and China continues to witness pandemic disruptions. These are not happy developments for India’s trade, particularly exports.

Exports drive growth and a global recessionary trend hurts it.

India’s exports have been falling from a peak of 25% of the GDP in FY14 to 21% in FY22 and trade deficits ballooning to -4.8% of the GDP from -1.8% during the same period. Adverse trade equations and rising global demand for the US dollar (even the Euro has fallen below the dollar for the first time in nearly 20 years) have weakened the rupee. It hit all-time low against the US dollar multiple times in recent weeks, crossing Rs 80 per dollar. This forced the RBI to spend billions of USD to prop up the rupee.

There are multiple adverse consequences of these related developments.

For one, when rupee weakens, import bills rise, building up pressure on forex reserve. A fall in exports worsens it. When the RBI spends its dollar reserve to defend rupee, it further hits the forex reserve. India’s forex reserve has rapidly fallen from $640 billion in November 2021 to $571 billion in July 2022. It may not be time to worry yet, but the trend is adverse. India’s counter measures – opening up rupee trade and relaxation in foreign investment in debt, external commercial borrowings, and NRI deposits – are yet to yield tangible result. If forex reserve dwindle, India would be forced to cut imports (essentials like crude oil, edible oil, fertilizers etc.), thereby raising domestic inflationary pressure.

In the meanwhile, foreign investors have been fleeing India. By June 2022, the FPIs pulled out a record $39 billion in equity exposures for nine consecutive months until then. In July 2022, the trend broke as FPIs bought in $618 million. But this is not a significant change and the future prospects are dependent on several factors. After a healthy growth in FY20 (20%) and FY21 (10%), the FDI inflows fell to 2% in FY22. With the sharp rise in interest rate in the US and Eurozone, there would be pressure on FPI and FDI inflows. This is one of the reasons why fund flows to start-ups dried up in 2022. According to one report, funds dropped by 33% during the second quarter of 2022 (April-June 2022), as against the first (January-March 2022).

When FPI, FDI and venture/angle funds for start-ups dry up, the growth impetus is lost. This year has already seen start-ups, including many unicorns, shedding over 12,000 jobs – another adverse consequence of the recessionary trend. Nothing can hurt households more than job loss at the time of high inflation. The weakening of rupee further adds to the inflationary pressures.

So, the current global economic trend has adverse impact on India’s several growth drivers – exports, foreign investment, employment and inflation (called “imported” inflation as commodity prices remain elevated). It also depletes forex reserve. All of these have the potential to derail the growth now and in future.

There can be unforeseeable adverse consequences too.

For example, India’s largest gas supplier GAIL is in trouble (its market price fell sharply) with its business severely hit. It is unable to supply fertilizers, power and petrochemical products because Russia’s Gazprom is unable to fulfil its LNG supply commitments to it. The Singapore unit of Gazprom, which was supposed to supply LNG to the GAIL, is under German control after the Russian invasion of Ukraine and the supply meant for the GAIL has been diverted to European spot market where rates are very high (and so is the returns).

The IMF has warned that the global economic outlook has “darkened significantly” with inflation broadening beyond food and energy, primarily because of the prolonged war. It has lowered global growth to 3.2% in 2022 and further moderated growth in 2023 to 2.9% due to “disinflationary monetary policy” – that is, tightening of interest rates in developed economies. It particularly flags of worsening economic conditions of three big economies – the US, Europe and China.

It is tough to say whether the global recessionary trend will actually lead to recession in India – two consecutive quarters of negative growth – but the growth drivers are not promising.

An equally big cause of worry is the Indian government’s policy responses to the emerging scenario. Instead of proper assessments, roadmaps and strategies, it seems to revel in impulsive flip-flops to appear dynamic and responsive.

Here are a few such recent policy decisions for illustration.