Further, the recent tax cuts (22% from 30%) dolled out to the “wealth creators” by the Finance Minister has cost the state Rs. one lakh forty thousand crore. This year alone the government has lost over Rs. two lakh crore in trying to help the corporates.

These pro-corporate measures of the government go rather unnoticed and without debate. When students protesting fee hike and demanding affordable education are villanised by the media, beaten up in the streets and called a ‘burden on the taxpayer’, these corporate businesses get exemptions year after year.

This revenue foregone is only a small part in the public money goes without any accountability. Just this year alone the write-offs for large scale loans amount to Rs. 2,16,416 crores. It is unfortunate that no media house or political analyst talk about tax payer’s money when it comes to exemptions for the corporates.

With clear signs of the economy starting to hit a slump, it is outrageous that the Finance Minister has called the corporate tax cuts a historic move by the Modi government. Congratulating the PM on completing six months in office, the finance minister tweeted “To spur investment and industrial growth for fulfilling the target of 5 trillion dollar economy, the Modi government reduced Corporate Tax rates to among the lowest in the world in a historic move”. The finance minister tweeted this a day after the Gross Domestic Product (GDP) growth rate fell to a six-year low to 4.5%.

The data clearly indicates an overall slum in key sectors including agriculture, manufacturing and industries. Poor income growth has also subdued demand in the market. But the measures of the government have done nothing to improve the demand but have gone out of the way to ease supply. Without demand, no amount of tax cuts and write-offs are going to boost the manufacture and industrial sectors.

There is no accountability for such a waste of public money when it comes to reduce the losses of the corporates. While there is not just a debate but severe opposition when the farm loan are waived but keeps silence and even justifies the tax cuts in the name of ‘improving the economy’. It is high time that there is a serious debate and opposition to such corporate doll outs by the government. 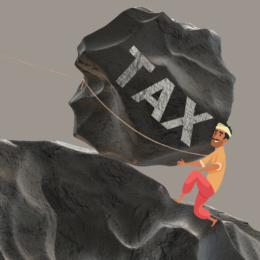