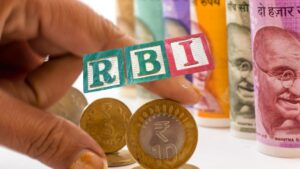 When the economy slows down, the norms and policies of the government and the central bank must be more flexible in order to facilitate easy recovery. Due to RBI’s stringent policies on the Investment portfolio, the affected banks have suffered significantly, aside from the poorly managed NPAs.

Currently, regulators are focusing more on inflationary trends and are trying to contain them primarily by manipulating certain key policy rates like repo, CRR & SLR. However, these are typically not effective in managing the actual economic trend and movement.

It is observed that banks’ provisions under depreciation on Investments increased over 208% during the year 2017-18, mainly because of the policy decisions of RBI. The net impact as well as the constraints faced by the banking sector due to MTM (mark to market loss) on banks’ investment portfolio is critical even now. This has resulted in huge losses as the banks had to make provisions in excess. Investment depreciation was heavy from March 2017 for all the Indian banks, mainly due to stringent RBI policy guidelines on vouching for part of MTM losses, as detailed in this article. The new article suggests that the Regulators re-examine the present investment depreciation policy, especially on the part of the government’s investments, i.e., on the SLR portfolio of the entire banking system.

All Scheduled Commercial Banks (SCBs) must maintain a Cash Reserve Ratio (CRR) of 4% and a Statutory Liquidity Ratio (SLR) of 18%, which mandates that CRR accounts be funded by liquid cash from public deposits. Here, CRR balances do not carry any interest from RBI for a long time.

SLR is nothing but the money invested by banks in certain specified/approved securities, predominantly by the Central Government and State Government or State Development Loans (SDLs) of the State Governments etc. However, the basic idea is that the Government can utilize these funds for any desired project or welfare scheme, depending on the budgetary measures. Therefore, there is a general consensus that the money remains safe, and that the RBI is offering protection to the depositors who have placed money in the banks.

Presently, PSBs as a whole hold around 35% of their total deposits under investments (both SLR & Non-SLR). In that category, around 70% of the total investments fall under SLR. As such, RBI holds about Rs 4 lakh crore under CRR and more than Rs,25 lakhs crores under SLR on an average basis from Public Sector Banks alone. Hence, without CRR and SLR (Mandatory maintenance of Liquidity norms), RBI cannot function at all and there are no sources for them to run their business.

Transfer of securities from the HFT/AFS category to the HTM category is carried out at the lower of acquisition cost/book value/market value on the date of transfer. This depreciation, if any, on such transfer is to be fully provided for. However, the transfer of securities from HTM category to AFS category is based on acquisition price/book value. After transfer, these securities are immediately revalued and the resultant depreciation, if any, is to be provided. Treasury Bills and Commercial Papers are valued at carrying cost. Under the Held to Maturity category, investments are reported at acquisition cost, unless the premium is greater than the face value. In this case, the premium is amortized over the remaining maturity period. In this case, amortization of premium is adjusted against income under the heading “interest on investments”. Investments in subsidiaries, joint ventures and associates (both in India and abroad) are valued at historical cost. The provisions for diminution, except temporary, are made for each investment individually. Investments held under AFS and HFT categories are individually revalued at the market price or fair value determined as per Regulatory guidelines. Only the net depreciation of each group for each category is provided for, and net appreciation is ignored. Taking into account depreciation, the book value of the individual securities remains unchanged after marking to market.

What is mark-to-market loss?

Mark-to-market losses can occur when financial instruments held are valued at the current market value. If a security was purchased at a certain price and the market price later fell, the holder would have an unrealized loss, and marking the security down to the revised market price would result in the mark-to-market loss. PSBs as a whole made huge investment depreciation of Rs.28133 cr in March 2018 which had a huge impact on the profitability of banks. This is despite the fact that many banks have apportioned the MTM losses over the next 4 quarters as permitted by RBI. As per RBI guidelines, the valuation criteria for securities under AFS (Available for Sale) is briefed below:

“The individual scrips in the Available for Sale category will be marked to market at quarterly or at more frequent intervals. Domestic Securities under this category shall be valued scrip-wise and depreciation/appreciation shall be aggregated for each classification referred to in the item ……

What did the US do during the 2008 recession?

As we may recall, the US Senate at the time of the 2008 recession considered a bold and dramatic program to restart economic growth and rebuild markets.

“While Congress and the White House consider next steps, Economists advised that the Treasury and its fellow regulators should follow their own counsel and take without delay the one regulatory action within their discretion that can help immediately to calm markets and dramatically reduce the taxpayer risk in any necessary government intervention: Suspending Mark-to-Market Only the First Step to Economic Recovery: In the wake of today’s vote, suspending mark-to-market is an extremely important first step to take, but it is only a first step.” (REF: FORBES ISSUE 29/9/2008)

Earlier, Credit Suisse also estimated that India’s state banks hold on average about 10 per cent more sovereign bonds than required by regulations. This puts bank bond holdings at the highest level in 12 years. The firm said the spike in bond holdings has been driven by weak loan growth and a surge in liquidity.

Why does an upward trajectory in bond yields incur losses for banks?

Actually, banks have a large share in their portfolio of Government securities or benchmark 10-year Govt bonds and with no cushion to absorb any changes in the interest rate, any hike in yield results in MTM losses for the bankers. But then, RBI had allowed the banks to apportion the MTM losses over the period of the next 4 quarters. However, bankers felt that apportioning the loss was not a feasible solution for the crisis faced.

Why banks should suffer MTM loss (notional) for the market imperfections as if the Govt. Investments all become irregular or NPAs?

For NPAs only, we need to follow the international concept of calculating NPV(NET PRESENT VALUE) at a discount factor. However, this can be repudiated in certain circumstances, if warranted. Govt bonds (SLR) are acquired by banks mandatorily for the cost of public deposits, to which they have to pay prefixed interest on deposits irrespective of market trend. Since the bonds are issued by the Govt, where is the question of market imperfections, and how could a Govt bond (similar to currency) get down valued as per the shadowed and dumping market trends? Govt is borrowing money from banks in the name of SLR(mandatory to the banks) with their (Govt/RBI) own prefixed interest rate/coupon rates and later punishing the banks to absorb mark-market loss/depreciation on investments in the name of the market price.

Loss On Depreciation Of Investments & Impact

Loss on depreciation of Government Investments (SLR) in the past five years affected the profitability of banks adversely. In certain periods between 2018 and 2020, many PSBs had negative margins on their investment portfolio. This was mainly due to the prompt corrective measures imposed on 11 public sector banks. This corrective measure forced credit restraint by imposing arbitrary and stringent capital norms in the name of financial stability. As a result of these conditions under the Turnaround Plan, the PSBs were forced to invest in huge government investments and endure losses on them. As such, almost all the banks are maintaining an average SLR of more than 23% when the mandatory SLR is now at 18%.

Then why is it that the government bonds in India are valued at fair/market prices when their coupon rates are fully guaranteed? Market volatility has to be foreseen only for non-SLR investments. It may be necessary to impose soft measures on SLR Investments at the time of sale. The cost study of some public sector banks revealed that the prevalent system of funding by way of investments (SLR) forced them to operate with a negative margin, say, around 0.30% Securities during the periods 2016-17 to 2018-19.

What is the present scenario?

If we take the overall average CASA (current accounts & savings accounts) say at 42% of total deposits (7%CD and 35% SB) with the present interest rate scenario of (CD at 0%, SB at 2.75%), the average cost of term deposits works out to 6.20% when the total Cost of deposit stands at 4.56%. How could banks fulfil CRR commitments (4%) and other cash holdings (1%) and SLR commitments (18%) only from the CASA balances? As such, it is unviable if their yield income comes from the government. Investing is at least less expensive than term deposits.

As such, it is our view that banks should not be penalized in the name of mark-to-market losses even in the case of market imperfections. There may be a complete review of the current government investment depreciation policy by regulators especially on the governemnt investments, in the SLR portfolio of the entire banking system. 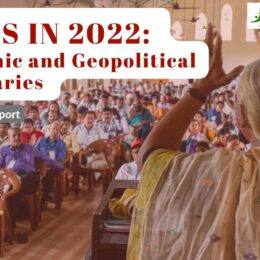 BRICS in 2022: Economic and Geopolitical Quandaries 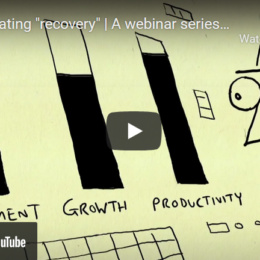