Lessons for insurance policyholders to understand the future of LIC. 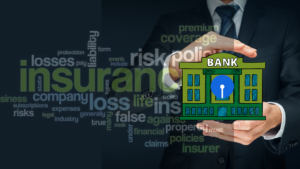 The union government is bent upon privatising the Life Insurance Corporation of India. They stealthily announced an amendment to the LIC Act by making a statement in the Union Budget 2021 and made it a part of the Finance Act 2021 instead of bringing it as a separate amendment. The authorised capital of LIC has increased to Rs 25000 crore from Rs 100 crore. The market capitalisation of LIC is estimated to be around Rs 8 to 10 lakh crore whereas its assets as of March 31, 2021, are worth Rs 38 lakh crore and investments by LIC are Rs 3676170 crore. Last year alone LIC collected a new business premium of Rs 1.84 lakh crore and its market share stood at 81.04% in terms of policies issued in March 2021.

​The union government, some LIC executives and a part of the media are propagating that LIC will remain public while they compare it with SBI, the largest bank in India, which is still a public sector bank with 56.92% of the shares held by the Govt of India (as on 10th Oct 2021). FIIs hold 10.42%, Non-Bank Mutual Funds hold 12.89%, financial institutions 11.5% and the general public 6.26% apart from few others holding a small percentage of shares in SBI.

​What is important for the public and the employees to know is whether SBI is behaving as a public sector bank in a true sense and what changes are happening there, what are the causes of concern and lessons to learn.

​SBI was a people’s bank, but now it is more of a corporate’s bank.

​After 1991, several neoliberal policies have been tried and tested with SBI. Instead of Agriculture Development Branches in which SBI was a pioneer, the focus was shifted to Corporate Accounts Group Branches. Now there are 51 of them in 8 cities and their credit as of March 2021 is Rs 818705 crore as against Rs 278949 crore belonging to SMEs and Rs 213000 crore belonging to agriculture.

​Today, SBI has 22219 branches, but it has 71968 Business Correspondents who run Customer Service Points. They could have been regular employees and SBI could have had 72000 smaller branches.

​It is unnecessarily allied with Jio Payment Bank Ltd with a 30% shareholding without any return so far. The former SBI Chairman is part of the Reliance Board now. And Jio has announced the opening of 71000 outlets which will be a competitor to SBI, and they may want to take over SBI one day. Their strategies are for the long term. When newspapers and media seemed critical, they bought over the media houses and now own 72 TV channels. Taking over SBI will become possible on the day the Govt decides to reduce its shareholding to less than 50%. Against earlier promises to the Parliament by then Finance Minister Arun Jaitley, an amendment to the Nationalisation Act is anticipated in the next Parliament session for the public sector banks. It may include SBI by amending SBI Act too.

​SBI has 4 shareholder directors on the board. None of them represents minority shareholders. There is no Employee Director & Officer Director after 2014 though the Act provides for it. The PMO doesn’t care, in spite of court directives.

​SBI provided a VRS in 2001 as per the recommendations of a committee of FICCI and due to it 29000 employees out of 2,30,000 left the bank leading to a poor customer service. The staff strength which went up in 2017-18 to 2,64,041 due to hue and cry from the association and unions has come down to 2,45,652 in 2021 increasing the workload of the staff and destroying their work-life balance. Every officer in the bank cries today due to the pressure of work, and there have been many suicides.

​SBI offered an Employee Stock Option Scheme, which was bought by many employees, perhaps assuming they are going to be the owners of the bank, but the share prices have not been steadily growing. There have been ups and downs. An attempt to elect a retired employee as shareholder director failed miserably due to manipulations by the Finance Ministry, which wields tremendous power.

A Career Development System (CDS) prescribed by the Boston Consultancy Group was implemented at SBI. It was called the ‘Career Destruction System’ by the associations, as it created a lot of anomaly, victimisation and dissatisfaction among the employees, but now it is being tried in other banks.

SBI again is becoming an experiment for colluding with Micro Finance Institutions for digital lending, though it has the best digital platform and was a pioneer in technology innovation. It has, already, got into an alliance with more than 10 NBFC – Fintechs.

​Under the previous Chairman, SBI increased service charges including minimum balance charges and many other banks followed suit. The present Chairman has removed minimum balance charges. Another attempt called ‘Financial Inclusion Module’ was tried but reversed later because the modular structure initially recommended by IIM Ahmedabad suited better as per the Mckinsey report.

​Also, the Govt keeps influencing the decisions of SBI. The present Chairman focuses on retail loans, but pressure for corporate loans continues. Despite fulfilling targets under the government schemes, the government business is shifting to private banks. SBI was forced to invest in Yes Bank, which is still struggling. A merger of associate banks was forced despite the Chairman talking against it.

​Similar issues will crop up in LIC once the IPO is over. The present promise that it will remain with the public is only an eyewash. Just to mobilise Rs 90000 crore should the Govt go for an IPO which is the first step towards privatisation? LIC gives more than this as an investment every year to help the Govt’s budget! A cursory glance at its balance sheet is revealing. It has 11311 branches, 2278477 agents, and 293262 employees. It has assets amounting to Rs 3775690 crore. Its equity investment is Rs 663637 crore and in infrastructure, it is Rs 427870 crore.

Its maturity claim ratio is the best in the world.

LIC has invested in power, housing, water supply & sewage, roads, bridges, road transport, railways and other infrastructure. It is developing the nation. 23% of our GDP is from insurance funds. Its investment in Union/ State Govt projects is Rs 2401456.50 crore. Under the pressure of the Union Govt, LIC invested in the IDBI Bank to save it and suffer a loss of Rs 12887 crore. LIC’s insurance reserve is Rs 1278558.45 crore, cash and bank balance is Rs 2841100.06 crore, the bonus paid to its policyholders is Rs 5119539.53 crore. Its long-term investment is to the tune of Rs 3089499.50 crore. Its last year’s profit after tax is Rs 2703.61 crore. It’s interesting to see that the Govt had only invested Rs 5 crores in LIC initially, the rest of the capital has been accumulated from the profit. LIC pays only 5% dividend to the Govt, while 95% of it is distributed among the policyholders as bonus. Will the private shareholders allow this? There are 24 private insurance companies in India, but LIC’s performance remains outstanding. Let us not allow it to be destroyed. Learn good lessons from SBI, not the bad ones. We don’t need neo-liberal policies which help only a few. We need people-friendly policies that benefit the majority. No more guinea pigs, please!