Adding to the global narrative on low-carbon investments, World Bank Groups’ private lending arm International Finance Corporation’s recent report – Green Buildings: A Finance and Policy Blueprint for Emerging Markets – says the investment potential in green buildings by 2030 is $24.7 trillion. This is due to the expected increase in building construction in this decade in emerging markets. Most of this growth will occur in residential construction, particularly in middle-income countries estimated at $ 15.7 trillion. While the opportunity for commercial buildings would be $ 9 trillion. Meeting the demand for new buildings through green construction can spur low-carbon economic growth and create skilled jobs in emerging markets for decades to come, according to IFC. 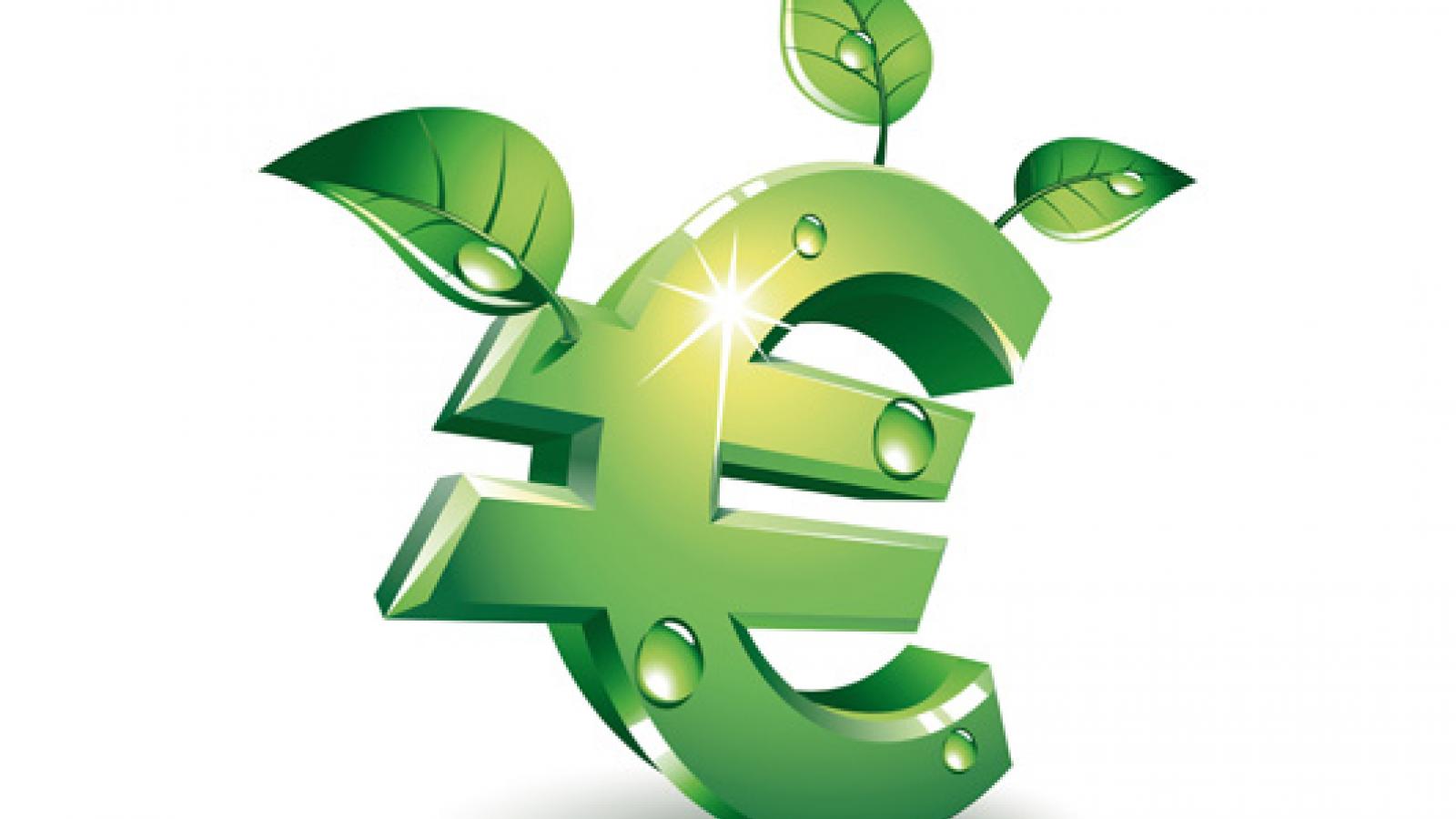 Most of this investment potential—$17.8 trillion—lies in East Asia Pacific and South Asia, where more than half of the world’s urban population will live in 2030. The floor area of the global buildings sector is expected to double by 2060. The current size of investments in green buildings, however, is only a fraction of the investment opportunity. Global investments in green buildings accounted for $423 billion of the $5 trillion spent on building construction and renovation in 2017. There are a number of constraints that hamper the development of a robust pipeline of green properties and widespread adoption of green construction. These constraints include the perception of high construction costs, a lack of alignment of incentives and benefits among market players, and a mismatch between relatively short hold periods of real estate assets in portfolios and the long lifespans of buildings and when they might be affected by climate change and stricter regulations.

IFC suggests in the report that Commercial banks are a key source of financing. Construction finance, mortgages, home improvement loans, and green financial products for resource-efficient buildings can significantly accelerate the uptake of green buildings, as can better financial terms such as lower interest rates and longer tenors. In return, banks can expand their client base and product offerings, build higher-value and lower-risk portfolios, and access new sources of finance through green bonds, green securitizations, and green credit facilities, potentially reducing their cost of capital.

IFC also pushes the call for ‘progressive regulations and incentives’ by Governments to achieve the high level targets and policies. The bank further adds that Governments have already signaled their interest in “building it right,” with the buildings sector referenced in 136 countries’ Nationally Determined Contributions (NDCs). [India’s NDC calls specific attention to a “building sector based on energy conservation,” pledging to make its Energy Conservation Building Code (ECBC) stricter, highlighting its domestic building rating system GRIHA (Green Rating for Integrated Habitat Assessment), which scales energy efficiency in buildings.] Nevertheless, two-thirds of the expected future construction will be in countries that do not have building energy codes, and where they do exist, they are often not robust or enforced.

India alone needs an estimated 60 million additional housing units to be built between 2018 and 2022 to meet the existing shortfall.

Early this week the Asian Development Bank announced Masatsugu Asakawa, special advisor to Prime Minister Shinzo Abe, as its tenth President, whose term begins next year. Former vice-minister of Finance for International Affairs, he had been engaged in development policy,

foreign exchange markets and international tax policy. Considered to be an expert in international finance, he participated in the first G20 Leaders’ Summit Meeting in the immediate aftermath of the global financial crisis of 2008. He has served as longest-serving top currency diplomat in Japan.

Historically, the presidential position has been always held by Japanese since the launch of the Manila-based development bank in 1966, reflecting Japan’s role as the largest donor along with the United States.

Asakawa has already announced that extensive deliberations were required by the bank to decide whether to phase out aid to China and other high and medium income borrowers. Phasing out aid to China has been a long time indecisive area of discussion by ADB.

Under the $500 million multi-tranche financing for Tamil Nadu Urban Flagship Investment Programme, the second project loan for & 206 million was signed this week by ADB and India for Madurai, Ambur, Tiruchirappalli, Tiruppur, and Vellore cities in the state.

Improvement to water supply systems would be targeted in the cities of Madurai and Tiruppur through commissioning of over 1,260 km of new distribution lines to connect nearly 190,000 households with metered water supply. Nearly 200 km of new transmission mains and 230 km of feeder mains would be constructed along with two new water treatment plants. While remaining cities, including Tiruppur, have been identified for developing sewage collection and treatment and drainage systems by setting up or rehabilitating sewage treatment plants, pumping stations, and connecting all households in the project area to the sewerage network, including below poverty line households.

The project will also strengthen the capacity of the Commissionerate of Municipal Administration in Tamil Nadu for new project development, and monitoring and benchmarking the quality of services across the 135 urban local bodies in the state.

The first project under the Urban Flagship Investment Programme with $169 million financing is currently under implementation, and both the loans fall under the climate-resilient water supply, sewerage, and drainage infrastructure development in 10 cities of Tamil Nadu.

Out of the total $10 billion, about $1 billion or 10 percent of AIIB’s investments are in Mumbai alone

Asian Infrastructure Investment Bank has invested $2.894 billion in 13 projects in India since 2016, including a $500-million loan approved last month to Mumbai’s urban transport project- and another 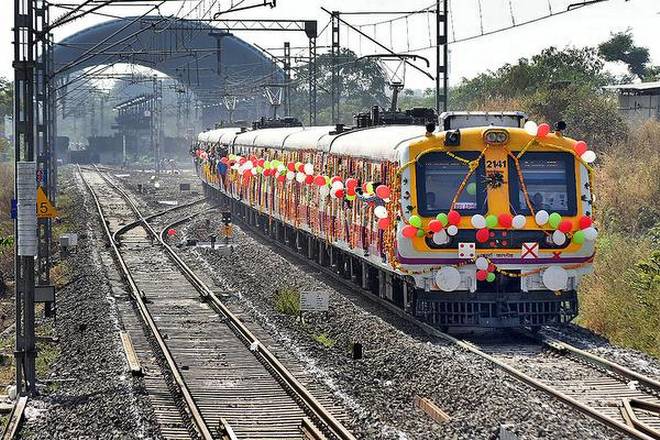 AIIB is finalising a long-term corporate strategy. The bank is evaluating loans worth over $2.2 billion for funding power transmission and distribution projects in Assam, metro rail projects in Chennai, Mumbai and rural water supply system in Karnataka. “We want to lend $10 billion a year by 2025. Imagine, out of $10 billion, 30 per cent coming to India as per current trends,” Pandian said.

The biggest impediments to India’s participation in Global Value Chains are its domestic impediments — distortions of its land, labour, capital markets, the weakness of its logistics chain and also its relatively restrictive trade policy in goods and services, says Aaditya Mattoo. He is the co-author of the recently released flagship report of World Bank -World Development Report WDR 2020. The WDR 2020 is on Trading for Development in the Age of Global Value Chains. 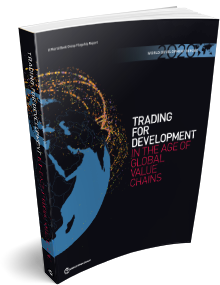 According to him, following Ease of Doing Business, India has already taken important steps –steps to improve its logistics services, improving the hard infrastructure and a lot of regulatory reforms. Land reforms are crucial, they also have distortionary effects on capital markets. Trade policies in India are in one sense going in reverse. From 2012 the share of exports of goods and services in GDP has declined from 25% to 20%. Services reform too will enhance India’s participation in both goods value chains and services value chains.

The Bank estimates that if trade wars and protectionist tendencies continue among India’s major export destinations which include the US and Europe, then India’s income and exports could both decline by up to one percentage point