Ashok Datar is associated with Mumbai Mobility Forum and heads the Mumbai Environmental Social Network. He has been active in the area of urban transportation and solid waste management. His writings cover issues such as pricing and financing of public utilities especially road and transport infrastructure as well as suburban railways. He is based in Mumbai.

Dunu Roy is a Chemical Engineer by training, a social scientist by compulsion and political ecologist by choice. He has worked extensively with people from villages and urban areas and his work includes looking at alternate, participatory frameworks on issues of development policy, planning and practice, such as land and housing, health, sanitation, transport, water, electricity, environment, education, governance and livelihoods. He heads the Hazards Centre in Delhi.

Gaurav Dwivediworks with Centre for Financial Accountability (CFA) and is based in Bhopal. He has been researching and documenting privatisation, reforms and PPPs in public services like water, sanitation and sewerage. Currently working on infrastructure finance including mapping and researching infrastructure projects like smart cities and industrial corridors in India.

Jammu Anand is President of the Nagpur Municipal Corporation Employees Union, he has been involved in the campaign critiquing the privatised water supply in Nagpur city, he also works on the informal economy, closely with street vendors and is based in Nagpur.

Jesu Rathinam is Director at SNEHA (Social Need Education and Human Awareness) based in  Nagapattinam, Tamil Nadu. She has been working with small scale fisher workers and is a researcher on coastal issues and have a long experience in organising fishers on various issues including aquaculture, thermal power plants and ports.

Joe Athialy works on accountability and transparency issues of national and international financial institutions. He is currently the Executive Director of the Centre for Financial Accountability. Prior to this, he was with the Bank Information Centre, Amnesty International, Narmada Bachao Andolan among others.

Krishnakant is a senior activist associated with Paryavaran Suraksha Samiti in Gujarat. He has been leading the people’s campaign resisting the high-speed train project in Gujarat.   Krishnakant is a convenor of National Alliance of People’s Movements, an alliance of various social movements in India coordinating struggles on land, water and forests.

Marina Joseph Marina Joseph is Programme Coordinator at Youth for Unity and Voluntary Action (YUVA) based in Mumbai. She has been working on issues of urbanization, urban poverty, right to housing and basic services in informal settlements in India. Marina also works on projects to develop safe and sustainable habitats for children and youth living in informal settlements.

Praveen Mote is associated with All India Forum of Forest Movements (AIFFM) and Centre for People’s Collective (CPC), he is based in Nagpur. He is involved in the struggles of forest dwellers in ensuring forest rights.

Rajendran Prabahakaris an independent researcher working on urban commons and the issues of privatisation and commercialisation of resources such as land and water. He has been part of the campaign against water privatisation in Karnataka. He is based in Bangalore.

Shailendra Dubey is Chairman of All India Power Engineers Federation (AIPEF) and is associated with the National Coordination Committee of Electricity Employees and Engineers (NCOEE). He is based in Lucknow.

Shweta Damle is the founder member of Habitat and Livelihood Welfare Association. She is a social activist and researcher working on the issues of habitat and livelihood of the vulnerable communities particularly minority concentrated areas in urban areas. Her work ranges from grassroots intervention, policy analysis and advocacy campaigns. She has worked with various organisations including Committee for the Right to Housing (CRH) and Tata Institute of Social Sciences.

Sitaram Shelar leads Centre for Promoting Democracy (CPD) and also Paani Haq Samiti (PHS) in Mumbai. He has been working on ensuring the right to water to the poor and marginalised communities. He has also been part of the campaign resisting privatisation of water supply in Mumbai.

Sreedevi Lakshmikutty is associated with ASHA (Alliance for Sustainable and Holistic Agriculture). She works closely with groups promoting sustainable agriculture including farmers. She is a regular contributor to the news dailies published in Tamilnadu and Kerala and is based in Coimbatore.

T. Peter is General Secretary of National Fishworkers Forum, which is a registered trade union of fish workers in the country. NFF is a national federation of state-level small and traditional fish workers’ unions of India and has affiliated organizations in all the coastal states and union territories of the Indian mainland. NFF fights to protect the life and livelihood of the fishing communities and its basic source – fisheries resources, biodiversity and natural environment.

Vijay Kumar is an activist and works on urban issues. He has been working with the informal sector workers in urban spaces and the issues emerging from increasing urbanisation. He is based in Bhopal.

Vinay Baindur is an independent researcher working on urban spaces – governance, politics and public policy – and is based in Bangalore. His recent publication ‘Predatory Infrastructures: Bengaluru Citizens, Democracy and the “revenge politics” of exclusion in society’ talks of task forces vision groups and their politics.

Viren Lobo is Managing Trustee at Institute For Ecology and Livelihood Action (IELA), Delhi. He has led action research on issues related to ecology, livelihoods and governance. IELA in partnership with grassroots and other organisations has worked across the country covering different habitats that support tribals, pastoralists, fishers and small farmers. He is based in Udaipur.

Vishwas Utagi was the General Secretary of Maharashtra State Bank Employees Federation and Vice President of the All India Bank Employees Association. As a banker and trade unionist, he was at the forefront of defending public sector banks and have been challenging corporate loot of the public sector banks. He currently is the co-convenor of Trade Union Joint Action Committee, an umbrella outfit representing 40 major trade unions in the state who have come out demanding affordable housing for workers and poor in Mumbai. 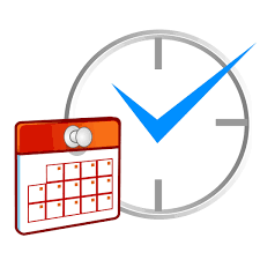 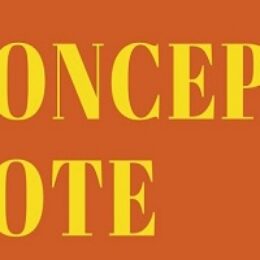