As an essential part of the financial system, banks’ role in India’s ambitious goal of becoming a $5 trillion economy has become a topic of intense debate. Significant reforms in scheduled commercial banks, mainly the state-owned public sector banks, are essential to achieve socially optimal outcomes ranging from infrastructure development to credit availability to the Medium and Small Scale Enterprises (MSME) sector and housing. At this outset, in the Union Budget 2021-22, Finance Minister Nirmala Sitharaman announced the NDA government’s plan to sell the stakes of at least two public sector banks in the next fiscal year, alongside the establishment of a Development Finance Institution (DFI) with a capital of Rs 20,000 crore. More recently, the buzz is around a possible merger of two PSBs based on its performance in Q4 and Q1 of FY21 and FY22, respectively. The much-debated banking sector reforms kick-started in early 2019 when the government merged erstwhile Dena Bank and Vijaya Bank with Bank of Baroda. Subsequently, in April 2020, ten public sector banks were amalgamated into four, bringing down the total number of PSBs to 12 from 27 in the year 2017. The consolidation resulted in integrating these banks’ stocks and balance sheets, scaling up their respective sizes.

As evident, the mergers and the government’s disinvestment plans are now unwinding the five decades of bank nationalisation intended to control the heights and progressively meet the economy’s needs. Then it is only befitting to ask whether privatisation or mergers are the magic potions for PSBs?

The continued poor performance of the nationalised banks, as many ascribe, is cited as a problem of ownership. With the government as the most significant stakeholder of PSB’s, the outcry for privatisation follow several reasons linked to conservative finance practices. For case in point, the PSB’s and the state follow a symbiotic relationship, where on the one hand, the banks notoriously have fed the crony capitalists, while the government facilitated long-term infrastructure projects with the short-term lending horizons of the PSBs. Secondly, in terms of technology, though PSB’s are near enough par with their counterparts, there are systematic gaps in the integration of these technologies for the smooth conduct of banking operations. Another argument is about the state’s interventionist presence in the appointment of top executives of the public sector banks. Finally, the state’s frequent, costly recapitalisation efforts weigh heavily on the fiscal side.

Government-ownership have substantial implications in terms of bank recapitalisation.  Primarily, an ensuing banking crisis becomes a fiscal problem, as the government is responsible for the lion’s share of the burden of recapitalising the PSBs. Secondly, this raises concerns about whether taxpayer money is best used when, in theory, PSBs (like private banks) can raise capital from the financial market. Similarly, government ownership creates a perception of government guarantee among depositors and borrowers alike. This perception of government guarantee means PSBs do not fail. Recapitalisation can, therefore, may result in moral hazard and lead to unduly risky and negligent lending policies.

The recapitalisation efforts are in the backdrop of increasing instances of non-performing assets. According to RBI’s latest financial stability report, the Gross and Net NPAs of PSB’s as of September 2020 are 9.7 and 2.9 per cent, respectively, while that of the private sector banks is 4.6 and 1.0 per cent in that order (RBI, 2021). While the figures improved from March 2020 estimates, and there was a substantial reduction in the slippage ratio; defined as new accretion to NPAs in the quarter as a ratio to the standard advances at the beginning of the quarter, it was mostly in response to the measures taken in response to Covid-19 pandemic.

The high NPAs, are partly due to the problem, as mentioned earlier, of corruption and fraud.  Majumdar (2016) notes that India’s wilful defaults account for 20 per cent or anywhere between $15 billion and $30 billion of its bad debts, ranging between $75 billion and $150 billion. Until 2019 September, 50 wilful defaulters have ducked on a whopping sum of Rs 68,000 crore. The recovery rate of state-owned banks, in particular, is discouraging. A second reason is the country’s dire business environment, which forbids timely repayment of debt. The remaining 80 per cent of the default is due to this reason.

Empirical shreds of evidence also reveal that private banks are more profitable than public sector banks in management-accounting efficiencies and a range of other performance indicators. It may also be the case that public sector banks will likely operate better under fewer government mandates and scrutinies.

With the market looking out for gains and synergies, privatisation may seem like the only viable option under the circumstances mentioned above. However, it is appropriate to note that the methodologies adopted for assessing PSBs are often yardsticks better suited for private banks. Besides profitability, the PSBs carry the additional burden of executing government schemes such as rural credit expansion and financing big long-term infrastructure projects. For instance, India’s dream run between 2003 and 2008 was driven by private corporate investments financed by bank credit and foreign capital inflows. During 2003 and 2011, the credit grew by 24.5 per cent, fuelling infrastructure investments in power, telecoms and roads. The banks’ lending also led to increased consumer durables’ consumption, providing the much-needed push to industrial growth. While there is evidence of definite convergence in public and private sector banks’ performance in the 2000s, the public sector banks flared poorly post 2011-12. The primary reason was the increase in NPAs after the credit boom. Contrasting the private banks, public sector banks’ exposure to core sectors of the economy was high. The substantial PSB lendings to the core sectors turned into bad loans due to external dumpings, environmental clearances and adverse court judgements. A more recent example of the severe need for PSBs is apparent with the PM Street Vendor’s AtmaNirbhar Nidhi (PM SVANidhi). The programme is a unique, collateral-free, micro-credit facility of Rs 10,000 at a concessional rate for street vendors to resume their livelihood activities in the backdrop of Covid-19 easing. As many of the loans turned NPAs, the participation of private banks has been minimal. SBI, followed by other PSBs, are the most prominent lenders under this scheme.

The decision to privatise state-owned banks calls for looking at the nuances. The news is that the government has shortlisted potential banks for privatisation. The potential candidates being the Bank of Maharashtra, Bank of India, Indian Overseas Bank and the Central Bank of India. It is likely that in the long run, privatisation may take place for bigger banks as well. The foremost concerns related to bank privatisation is the potential job loss. Though banks like the Bank of Maharashtra with a lesser workforce may be a likely candidate, the labour unions are up in arms over the state’s plan to disinvest. Secondly, apprehensions exist as to whether there would be any takers for second-tier weak banks loaded with bad loans. Circumstances may point towards the privatisation of big banks. Lastly, trepidations involve dominant promoters/investors being business houses. A recent RBI internal working group recommended allowing business houses to be the promoters of private banks. The recommendation came under the radar as it will, like the pre-nationalisation period, lead to the concentration of resources in the hands of few business houses. From the examples of ICICI and Yes bank, it is only rational to assume that connected lending is ownership neutral. The problem of connected lending with sole promoters is more likely to aggravate PSBs already heavily criticised for biased-lending. Both Raghuram Rajan and Viral Acharya cited this as a bad idea. On the other hand, promoting institutional investors requires a culture of accountable professional managers, seemingly absent in India’s case.

Second to privatisation are mergers. Mergers were the quick-fix for the deteriorating performance of PSBs post-2011-12. The merger exercises come with definite perks such as efficiency in speedier decision-making, lesser coordination failures, and a combined resolution of typical problems of non-performing assets. Likewise, a consolidated bank also means more significant amounts of credit at its disposal, improving its bargaining and pricing power. Nevertheless, the bigger size of the PSBs does not guarantee much. For instance, after the merger of State Bank of India (SBI) with its associates, the associate banks’ collective net loss came about as a drag to SBI. Likewise, though having a considerable market share, the price to book value of SBI is only one-third of HDFC. The size of the bank also does not ensure efficiency related to lending practices. Integration across common identity, operational control, information technology, treasury operations and loan lending decisions is integral to bank mergers. Concerning SBI and its associates, the process was an internal reorganisation. The same is not valid for other PSBs merged and the ones considered for mergers. Therefore, the consolidation of PSBs should be based on a granular analysis of performance and human resources.

On the work front, both cultural and economic aspects pose momentous apprehensions. Though no lay-offs are likely to happen even with branch rationalisation, staff redeployment and retainment are likely to increase the cost economies. Furthermore, PSBs in India have long held legacies. Hence, the creation of potential synergies in terms of human capital is a requirement in mergers. Inculcating a shared culture for long-term productivity necessitates adopting the best practices from each organisation while building coalitions.

Both privatisation and mergers are plans devised to solve the problem of poorly performing public sector banks. However, it is essential to take note of two things. Mergers and privatisation of banks are unlikely to reduce systematic risks, and recapitalisation becomes a necessity. Following the collapse of the Lehman Brothers, the bailout of wall street banks is a vivid example. The cost of private banks’ failure in the aftermath of the global financial crisis far exceeds the capitalisation cost for PSBs in India.

Though a quick-fix, the merger of PSBs may likely be fruitful only in the long- term with complete consolidation and required capitalisation. In the short-to-medium term, attention to internal integration, especially in terms of human resources, is significant.

A mix of 4-5 strengthened PSBs, and competitive private banks are necessary to achieve growth and social justice development. There is, however, no consensus regarding privatisation. While privatisation may have some definite perks, the costs are likely to weigh more than the benefits. The mandate for nationalised banks is different. The added burden of profitability should, therefore,  not be the reason for privatisation.

In light of the discussion, the most significant step towards strengthening PSBs would be to acknowledge that it embodies the values and the needs of the public it represents. Moreover, the risk needs to be diversified. The envisioned $ 5 trillion Indian economy is only possible with a robust financial sector, which is not concentrated solely on banking. A deep and diversified financial sector is also essential to prevent risk from returning to the bank balance sheets from Non-banking financial companies, which is an imperative source of credit for businesses and consumers alike. The establishment of the Development Finance Institution is one of the positive steps in this regard. Consequential reforms are incomplete without reducing uncompensated government directives. Incentivising and not saddling would be the right call. Additionally, substantial improvements in human resources are imperative. Following P J Nayak Committee recommendations, accomplished directors in PSB boards with variable incentives will be yielding. The timely and qualified appointments of managing directors and internal promotion opportunities will be added advantages. Finally, the judicious recapitalisation of PSBs and long-term development financial institutions is vital. Bailouts should, nonetheless, include growth and recovery plans. 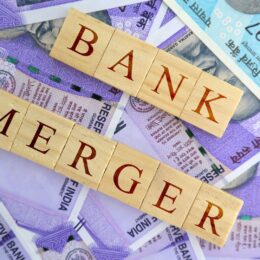 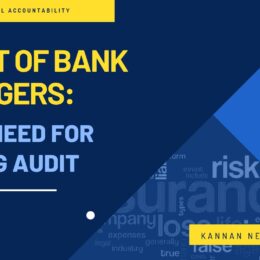 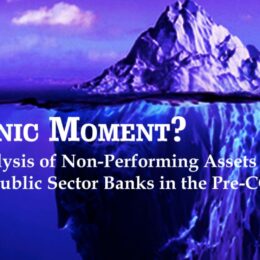