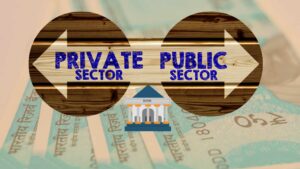 It was only after the nationalisation of 14 banks on July 19, 1969, that the banks reached the common people. The main changes that were done included a shift from class banking to mass banking, a shift from big industries to agriculture, the development of small, medium, and micro enterprises, a shift from urban to rural areas, and a reduction in income inequality. However, after 1991, the reversal began slowly and accelerated in 2014, when the NDA took over the government, with slogans like the government has no business to be in business; the public sector was born to die, etc.

They couldn’t privatise a public sector bank until now because of the UFBU’s strong opposition. But using dubious methods, they have reduced the strength of the PSBs. As per the RBI data of March 2014, 82% of the branches, 65% of the loan limit, and 75% of the loans outstanding were with public banks. The staff strength of PSBs (including SBI) was 844445, whereas private banks, including foreign banks, had a staff strength of only 335615 people. The share of total outstanding bank credit of PSBs as of March 2022 has come down to 54%, and the share of total deposits has come down to 60%. The staff strength in PSBs has come down to 770812, whereas for private banks, it has increased to 798977. For the first time, private banks have more staff than public banks.

BOB has a total business of 18, 23,093 Cr. with 8,168 branches, of which 34.82% are rural, 25.5% are semi-urban, 18.6% are urban, and 21.62% are metro. BOB has over 13 crore customers and only, 79,000 employees, which is just half of HDFC’s staff strength. The per-employee customer in BOB was 1605. If they increase the staff strength in the public sector, their business, customer service, and profits will certainly improve. PSBs also provide reservations, including to those from economically weaker sections among the forward caste.

How has the government succeeded in weakening the PSBs? 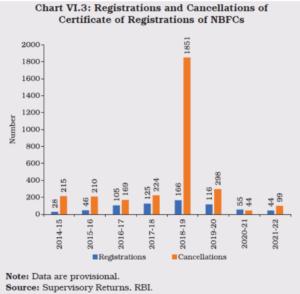 They lend little to agriculture and related activities.

What has happened is alarming. Public sector banks are marginalised, and understaffed and people complain of poor service and shift to private banks and non-banking companies where the interest rate for loans is much higher. This has increased inequality to its highest level. Poor and middle-class are at the mercy of modern-day loan sharks—the NBFCs, MFIs, and private banks. This is against the constitution and the idea of a welfare state. This has to be reversed as soon as possible.

Newspapers in Gujarat reported on January 9 that the police in Gujarat have launched a special drive against usurious moneylenders preying on distressed borrowers, quoting Director General of Police, Ashish Bhatia. In Surat alone, they have filed 34 cases. There have been suicides, rapes, and acts of violence, all because of private moneylenders, says a news article. Sometime back, DGP Tamil Nadu warned people about loan applications after a suicide. Similar incidents are happening all over the country. This can only be stopped by increasing the number of branches of public sector banks, staffing them, and issuing directives to give small loans. It’s high time for the government to conduct a quick assessment and take action.