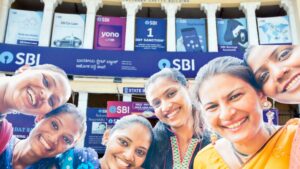 State Bank of India has announced changes in the recruitment policy, which have come under valid criticism. How can SBI, which should be a model employer, become a guinea pig for wrong policies? Is it with the concurrence of the Union Govt? These changes have to be withdrawn immediately, as was done in 2009.

The All India Democratic Women’s Association has brought out a statement about the same:

The new year gift to women by State Bank of India is one coated with discrimination. SBI has revised an instruction regarding appointment of pregnant women, as the women who are pregnant 3 months and above will not be appointed. They will be appointed only after 3 months of delivery.

The SBI had issued instructions (Letter No. CDO/IR/SPL/289 dated 16.09.2009) to its local head offices across the country in 2009 to the effect that pregnancy should no longer be treated as a disability for immediate appointment or promotion.

The directive had probably come as a result of a public outcry from women’s organisations in Kerala, a strongly worded letter to the Prime Minister from Chief Minister V.S. Achuthanandan and efforts by the State Banks Staff Union (SBSU).

The SBI used to insist on women candidates and serving women undergoing medical examination at the time of recruitment/ promotion to determine whether they were pregnant and submitting a declaration giving details of their menstrual cycle to defer posting/promotion during pregnancy.

Women candidates were also required to declare their menstrual history and give an undertaking on any evidence of pregnancy and history of disease of the uterus, cervix, ovaries or breasts.

The bank decided in 2009 to do without such a declaration of personal details and to give posting to a woman up to the sixth month of pregnancy provided she furnishes a certificate from a specialist gynaecologist stating that her taking up bank employment at that stage is in no way likely to interfere with her pregnancy or the normal development of the foetus or cause miscarriage or otherwise adversely affect her health.

Once the female candidates have cleared the written test and interview, they have to fill up a declaration to medical examiners under a subtitle ‘For Female Candidates Only’ that asks for details of their gynaecological history.

The revised instruction is bringing back the humiliation to force. The practice is discriminative against women. This amounts to breach of Constitutional provision guaranteeing equal opportunity to all.

The All  India Democratic Women’s Association (AIDWA), Centre for Indian Trade Unions(CITU), Democratic youth Federation of India, SBI Staff Union Kerala and many women’s organisations have demanded that these anti-women guidelines be immediately withdrawn by the SBI.

SBI should correct this mistake immediately before losing its image in front of the public as well as the international media watching discrimination against women.