Three days prior to the Union Budget presentation for the year 2021, Finance Minister Ms. Nirmala Sitaraman introduced Economic Survey on 29th January, 2021 for the FY 2020-2021. It was prepared by Department of Economics Affairs, Ministry of Finance and other Ministries under the guidance of Chief Economic Advisor. Along with capturing the state of economy under different sectors like education, health, employment, agriculture, industry, finance over the past one year, chapter 8 ‘Industry and Infrastructure’ of the Volume 2 of economic survey has also emphasised and acknowledged the role of infrastructure development by terming investment in infrastructure as “quintessential” to boost economic growth.

The survey highlighted the National Infrastructure Pipeline scheme launched by Government of India with the aim of facilitating and building infrastructure projects by investing Rs.111 lakh crore over the next five years i.e. FY2020-2025. On the basis of survey calculations, funding under NIP will be 40% by State, 39% by Centre, and 21% by Private sector. The major share of the funds will be given to:  energy (24%), roads (18%), urban infrastructure (17%), railways (12%) and others (29%).

Terming road transport as the dominant mode of transportation, it said the total investment in the Roads and Highways sector has gone up more than three times in the six years period from FY15 to FY20, which also led to increased road density across the states.

Construction and maintenance of a total 1402 kilometres road had been taken up under PM-Grameen Sadakh Yojana (PMGSY) and 7069 kilometres of road had been taken up under National Highway Authority.  Two phases of construction has been completed under PMGSY and the third phase has been launched with the target allocation of 1.25 lakh km all-weather road connectivity. More than 6.44 lakh km road length has been constructed so far under the Scheme.

Under the Ministry of Railways, the survey highlighted the significance of inviting private players into the sector who will be responsible for financing, procuring, operating, and maintenance of the trains. The rights of private investors will also include the freedom to decide on the fare to be charged from its passengers, service, and operational flexibility.  According to the survey, these private entities have the potential of bringing an investment of about Rs 30,000 crores.  The private investors for undertaking the project would be selected through a transparent two-stage competitive bidding process which is expected to be completed by May 2021 and the private trains are likely to be introduced in 2023-24. The Ministry of Railways has also identified over 150 pairs of train services for the introduction of 151 modern train sets or rakes through private participation.

Ministry of Railways has also issued a ‘National Rail Plan’ (NRP) which aims to develop adequate rail infrastructure by 2030 and forecast growth of traffic in both freight and passenger for the period 2030 to 2050.The objective is to increase the modal share of rail in freight from the current level of 27 per cent to 45 per cent and to map the entire transport infrastructure of the country on a common platform.’

It is also aimed to grow India’s digital economy to $1 trillion by 2022. Under the project of Bharat Net, it aims to provide affordable broadband services to citizens and institutions in rural areas, in partnership with States and the private sector. The usages of internet and broadband services have rapidly enhanced both in urban and rural India. The subscribers have increased from 636.73 million in March-2019 to 776.45 million at the end of September-2020. About 4.87 lakh kms of optical fiber cable has been laid to cover 1.63 lakh Gram Panchayats (GPs) and nearly 1.51 lakh GPs have become service ready by 15th January, 2021.

Like other sectors, infrastructure sector has also slumped over last one year due to Covid. Delay in the constructions of projects caused revenue shortfalls in sectors like roads, highways, airports, etc. But apart from pandemic being the main reason for delay in implementation of the projects as the survey mentioned, there were also several other reasons reported by various projects implementing agencies. According to the Ministry of Statistics and Programme Implementation, out of 450 infrastructure projects, each worth Rs 150 crore or more, have been hit by cost overruns totalling more than Rs 4.28 lakh crore and 558 were delayed. Reasons for time overruns include delay in land acquisition, obtaining forest, environment clearances, in tie-up for project financing, tendering, finalisation of detailed engineering, change in scope, ordering and equipment supply, law and order problems and lack of infrastructure support and linkages.

Though despite all these blockades, the infrastructure sector continues to attract the attention of policy makers to boost the economic growth and bring the economy back on track. Allowing private players to operate in public sector through PPP model will again be as ineffective as the previous projects that failed to address India’s infrastructural deficit and not worked as per expectations. From the survey, it also appears that the crisis has turned out to be a good opportunity for the government to implement its projects at a rapid pace.  However the question remains that during the phase of covid, has it been possible for the government to follow all the due diligence and safeguard regulation policies? 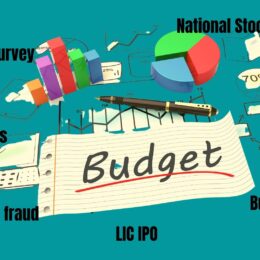