India has been witnessing the growing pace of urbanization in the country in the past few decades. As per the Census 2011, 31% of the population lives in cities and its contribution in the national GDP is around 63%.  It is projected that by 2030 around 40% of the population in India would live in urban centres and the contribution of this population in the GDP would be around 75%. Urban centres have been proclaimed the engines of economic growth. The increasing pace of urbanization has also seen the simultaneous implementation of urban development programs in the country.

Urban development programs that have been ongoing for the last two decades in the country have been implementing a specific reforms agenda promoted by the International Financial Institutions (IFIs) in terms of increasing taxes and user charges, financial sustainability, withdrawal of state from delivering public services and the implementation Public Private Partnership (PPP) model, primarily to encourage privatisation and corporatisation of public services. Even though it is known that a large majority of the population in the cities still lack access to basic services like water, sanitation, energy, health, education which has led to rising inequalities in distribution. It has been reported that in the cities around 30% population does not have access to water, 65% do not have access to electricity, 71% do not have access to the sewage system and 41% do not have access to transportation.  In such a scenario pushing the IFI lead urban reforms model through programs like JNNURM, UIDSSMT and now Smart Cities Mission focusing on privatisation and financial sustainability aspect and not on improving access and coverage of services for the marginalised sections raise several concerns.

Urban Reforms in the past – JNNURM, UIDSSMT

The direction of urban reforms currently has moved further from what was envisaged under the reforms agenda pursued by JNNURM/ UIDSSMT (2005 – 2012), to a far more ambitious and transformative agenda under programs such as “Smart Cities Mission”, “Atal Mission for Rejuvenation and Urban Transformation (AMRUT)” and “Housing for All”. JNNURM/ UIDSSMT looked to bring in reforms in the municipal level functioning by encouraging reform measures like private sector participation through PPP mode in service delivery, increasing property taxes, rationalization of tariffs, retrenchment of municipal workers, changing municipal accounting practices among others. The agreement and implementation of the reforms agenda by the state and the municipal body were linked to funds released by the central government to the local body for execution of the projects like water supply, sanitation, solid waste management, transport, street lighting, etc. The total amount of funding available under JNNURM/ UIDSSMT was close to Rs 1,00,000 crores. Under JNNURM 63 major cities across the country were selected to be part of the mission, while UIDSSMT covered all other towns/ cities as per Census 2001 for implementation. There have been debates and discussions about the success of JNNURM/ UIDSSMT in the execution and timely completion of the projects and the utilization of funds. However, the mission was able to push the centralised reforms agenda down to the municipal level.

Smart Cities Mission is projected as a high profile initiative which will transform the urban landscape in India. In the first phase of the Smart Cities Mission, 100 cities of the country are targeted to be Smart. Similarly, 500 cities have been targeted to be developed under AMRUT. The mission was launched on June 25, 2015, by the Prime Minister. The provision of the budget for Smart City by the Central Government is Rs 48,000 crores and Rs 50,000 crores for AMRUT.

For the first phase under the Smart City program, 20 cities have been selected for this through the “Smart City Challenge Competition” in January 2016. In the later phases, 79 cities have been further selected to be part of the mission, one city slot remains empty. To make these cities smart approximately Rs 96,000 crore would be spent by the government in the next 5 years. Out of this Rs 48,000 would come from the central kitty and as per the conditions of the program the similar amount would be borne by the state governments. In the selected cities the central government would invest Rs 100 crores and the matching amount would be spent by the state government in the form of a grant.

Apart from this the projects at the municipal level under the mission would be implemented through a Special Purpose Vehicle (SPV) which would be a limited company to keep it uncoupled from the larger governance and democratic processes. The SPV would be formed based on a tripartite agreement between the central government, state government and the municipal body. For monitoring of a national council is being formed which would be part of the US-based Smart Cities Council.

Under the mission, four modes have been proposed to undertake the development of a smart city – retrofitting, redevelopment, Greenfield development and pan-city development. These modes would be used to develop around 500 acres of the selected city where infrastructure already exists with the help of smart internet based applications.

Even though there is no broadly accepted definition of a Smart city, however, it is claimed that the Smart City would be based on digital and information technology. This would help in making the working conditions more efficient and residents would be able to access services easily. It appears that a smart city would be based on demand and supply principles and the services would be delivered efficiently.

It is stated that a Smart City would look to provide good quality life to residents, clean environment, along with 24×7 water supply and electricity, health and education services, improving transport services, smart sewage treatment, solid waste management on full cost recovery basis to the residents.

The selection process for smart cities through “Smart City Challenge Competition” has been questioned. For the selection process of the cities in smart city program a state level “city competition” was organized in which the cities were asked to present their bids for the same. In the bidding process, the cities were asked to present the works that have been done by them on e-governance, Swachh Bharat, toilet construction, basic infrastructure, service delivery systems, digitalization of records, etc. Hence when the cities presented their works those that have already done something on these aspects and were able to undertake a hyped PR exercise, only those were selected in the process. In the selection process the principle of “the weakest cities to get the benefits of the schemes on the priority basis” has been turned upside down.

For instance, the first list of proposed 20 selected cities under the smart city program included Bhopal. Bhopal was the last on the list on #20. As per the guidelines of the Government of India (GoI) – the application for the smart city and the selection of the location of the smart city in a city was to be based on the suggestions of the local residents. In Bhopal, the proposal presented to the GoI was not based on the consultations with the local people including the people’s representatives, municipal councillors, eminent citizens, community leaders, etc. Questions have been raised on this issue by various people as well as on the transparency of the whole process and neglecting such voices. The discussions and the invitation of the suggestions for this process were done through a web portal and social media platforms. In which a large majority of the non-internet using citizens were not able to participate and post their opinions. It was also reported that to increase the number of people saying “yes” to the smart city proposal, a lot of bogus voting was done through the social media and web portals.

The result was that the earlier proposal presented by Bhopal Municipal Corporation (BMC) to the GoI has been changed due to environmental and social concerns and opposition from the residents of earlier selected locations in Tulsi Nagar and Shivaji Nagar in Bhopal. The new location for the smart city has been proposed in North TT Nagar on 280 acres of prime land and it appears that a low-income colony and existing government quarters would be demolished to build it.

Finances and financing mechanisms form a crucial aspect of the smart cities mission which is going to be a capital-intensive urban infrastructure development program. The central government and international and domestic financial institutions are proposing several measures to bring in the huge amount of funds that would be needed to build a smart city in the existing urban spaces. The government proposes to generate funds for smart cities mission implementation through the current sources income for municipal bodies by increasing property tax, professional tax, entertainment tax, advertisement tax, entry tax among others.

Additionally, funds would also be available on the implementation of the recommendations of the 14thCentral Finance Commission. These recommendations include vacant land tax, user charges for water, electricity, telecom, gas, parking fees, tax on public transport and charges on changes in land and building use. It has also been suggested that water supply and sewage should be charged separately from property tax and the charges should be increased to such levels that at least operation and maintenance cost is recovered. The increases should also be linked to inflation. The user charges should be recovered based on the quality of the services delivered. It has been recommended that public services like water supply, sanitation, sewage, transport, etc to be delivered by private partners through PPP mode. The other source for generating funds that have been suggested are municipal bonds, pooled finance mechanisms.

IFIs like the World Bank, ADB, IFC, AIIB have shown increasing interest in providing finances for the smart cities. ADB is looking to invest in USD 500 million in smart cities through it proposed project called Smart Cities Infrastructure Investment Program. It is also investing in smart cities through a project named Strengthening Climate Change Resilience in Urban India. Apart from this there ADB projects that are providing support to PPPs in infrastructure development. The World Bank is likely to loan USD 1500 million through its proposed Urban Reforms Program (AMRUT Plus) for smart cities mission and other urban development projects in various states. Along with AIIB, it is also involved in funding USD 300 million to the Amravati Sustainable Capital City Development Project.

The smart city mission and the reform measures envisaged under it look to transform the urban governance systems, as well as the public service delivery and the financing mechanisms as we know them today. The developments under Smart Cities Mission need rigorous monitoring and tracking to assess the overall impacts of the program. However, it appears that in the coming days the reform measures are likely to have tremendous implications on the delivery of public services especially to the poor and marginalized sections, especially the unorganized sector workers in the cities, user charges for public services, increasing taxes, environmental impacts of infrastructure development programs, the impact of these on the existing governance structures especially the 74th Constitutional Amendment and the autonomy of the municipal bodies, the democratic processes involving transparency, accountability and participation in the decision making of a municipal body. 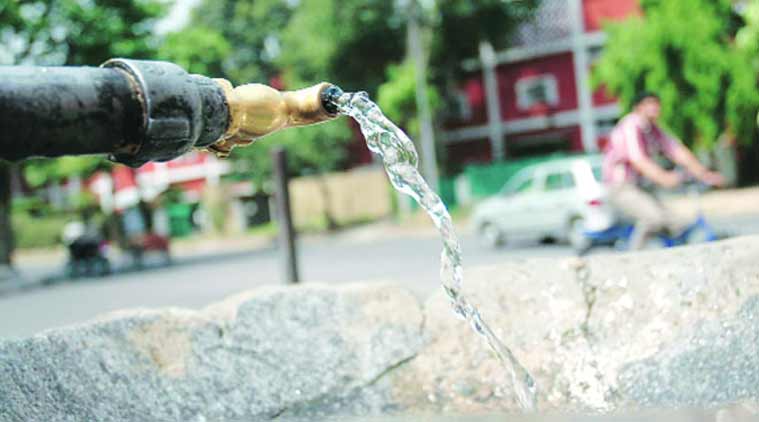 Water for Life, Not profit: IFIs in Urban Water Supply in India