India could take advantage of geopolitical developments to promote trade and gain better status for the rupee, by avoiding dollar 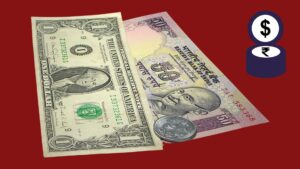 A number of countries, including India, are now considering the use of other currencies to avoid the U.S. dollar and its hegemonic role in settling international transactions. As for India, currency hierarchy goes back to colonial times when the Indian rupee was virtually linked to the British pound rather than to gold which she earned by exporting . In  the post-War period, the neo-colonial currency hierarchy is clubbed with the continued use, primarily  of U.S. dollar, for the majority of  international transactions. The current situation which is prevailing   relates ,in addition, to geopolitical developments, with the Russia-Ukraine war followed by the sanctions imposed on Russia by the West.

In recent times, India has been taking an active interest in using the rupee  for trade and settlement of payments with other countries, which include Russia, now facing sanctions. Even earlier, the annexation of Crimea in 2014 had resulted in similar sanctions against Russia over a period. Settling payments with Russia by India, especially for mineral fuels and oil  imports as well as for the S-400 Triumf air defence system, has been continuing  on a semi-informal basis through rupee payments by using the Vostro rupee accounts maintained by Russian banks in India. The Reserve Bank of India has recently taken a proactive stand to have rupee settlement of trade (circular dated July 11, 2022). While options for invoicing in rupees were already legal in terms of Regulation 7(1) of Foreign Exchange Management (Deposit) Regulations, 2016, the current circular has set it’s target  to operationalise the special Vostro accounts with Russian banks in India, in a bid to promote trade and also gain a better status for the rupee as an international currency.

The advantages India is currently seeking in these arrangements include avoidance of transactions in the highly priced dollar the exchange rate of which has touched  ₹ 80 in the market , impacting the Indian economy with inflation, capital flight (often aggravated with interest rate hikes by the Fed and possible hikes in the European Union   which may follow)  along with the the drop in foreign exchange reserves by $70 billion  since September 2021. Buying oil with a depreciated ruble and at discounts,  are not only  cost-saving but also  saves transport time with the use of multi-modal routes using land, sea and air flights to Indian coast-line. In addition India is looking forward to trade expansion in sanctions-affected Russia currently experiencing   recession and de-industrialisation . As mentioned by Alexey Yusupov in the IPS Journal on July 20, the impact of sanctions on Russia includes   a L-shaped stagnation in GDP  which has declined by 10% to 15%  ,  with de-industrialisation and unemployment  (largely on account of the retreat of most western companies from the country which has led to  sharp declines in the production of steel, wood and automobiles). With India having a trade deficit  with Russia which has been   around $3.52 billion on average over the last two financial years, India’s  opportunities include the possible use , by Russia, of the surpluses in the Vostro rupee account in Russian banks for additional purchases from India. Such purchases could include not only pharmaceutical products and electrical machinery (which are  currently the major items of India’s exports to Russia) but also a range of products that Russia might need , particularly to redress the hardship faced with the sanctions.

There are quite a few problems that may prevail in implementing the desired rupee payments and avoiding dollar transactions. Apart from issues that concern an agreed exchange rate between Rupee and the Ruble (R-R), two volatile currencies, there is also the question of private parties (companies, banks) who may be unwilling to accept the rupee for trade and settlements. Will they be ready to forego the greenback? Of course if Russia opens its door for exports from India, the ‘R-R’ route may prove attractive for Indian exporters. Finally, there are official concerns for reactions, particularly from US,  to deals, especially for purchase of the S-400 defence equipment .  And the fear continues even after the recent Congressional approval of those purchases as a special case in the backdrop of Chinese aggression. However, the deals between India and Russia, especially on oil, can be considered by the West as ‘indirect back door support’ –  as India is importing Russian crude at 30% discount as well with depreciated Ruble, processes the crude at refineries in Gujarat which include  Reliance  and then exports those to the West . As reported by Economic Times (June 13, 2021) , such exports amounted to $1.5billion per day in May 2021. These companies are exporting to the West with ‘robust refining margins’ , as Alex Lawson mentions in Guardian ( June 22) .

There were attempts even before the  coronavirus pandemic to initiate a clearing account on the BRICS platform. Analysis by the present  writer in EPW on the  quantitative implications indicate a skewed pattern of transactions -, with China having most of the trade surplus – a pattern similar to what is happening in India-Russian trade at the moment.

Some attempts to initiate Rupee trade in  the past

Attempts to use   the rupee for invoicing and trading is, however, not new to India. A comprehensive bilateral trade and payments agreement was signed by India in 1953 with the Soviet bloc countries (which  included those that later formed a part of the Commonwealth of Independent States.) Crucial aspects of the arrangement included: participation by state-trading units alone; fixed bilateral exchange rates as agreed upon by trade partners, and the offer of credit by countries that had a trade surplus – to countries with a trade deficit. In general, most of the bilateral agreements were marked by scissor-like operations on a continuous basis, in effect clearing the imbalances as the surplus country was importing  more from the deficit partner, or offer credit to the latter.   Soviet Union’s credit to India enabled the setting up of the Bhilai steel plant, other industrial units, oil refineries and pharmaceuticals — all controlled by India’s public sector. The agreement ended in 1991 following the dissolution of the Soviet Union, leaving behind some issues of a rupee surplus and the ‘R-R’ rate of exchange.

However, history moves on. The market economies in most parts of the world today negate the possibility of having the state or the public sector at centre-stage. But still, the Indo-Soviet agreements of the past may provide a clue on how the current ‘R-R’ trade and the problems  can be managed by initiating a push for Indian exports to Russia and, of course, avoiding all deals in dollars —benefitting both trade partners and countering, globally,  the on-going currency hierarchy of US Dollar.

An earlier version of the paper has been published in The Hindu August 1, 2022

Sunanda Sen was a Professor at the Jawaharlal Nehru University, New Delhi