In continuation of its pro-corporate and anti-poor tax policy, the Centre imposes tax on the common man battling hunger and inflation while sparing corporates making windfall gains and record profits 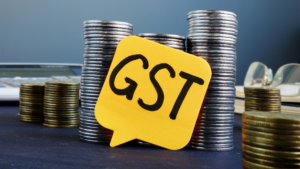 In keeping with its anti-people and pro-corporate tax policy, the Central government withdrew the windfall tax on oil exports on July 19th – 19 days after it was imposed – with effect from July 20. This comes a day after a 5% GST was imposed, on July 18, on pre-packaged unbranded food items, like wheat, rice, curd, lassi, puffed rice, mutton and fish, which directly impact the poor fighting high inflation, chronic job crisis and hunger.

In June, the CPI inflation was 7.1% – higher than 6%, the upper band of RBI’s tolerance brand – and it is expected to remain above 6% for the entire FY23. The WPI inflation was 15.2% in June; it has been in double-digit for close to two years. In June, business portal CMIE reported a massive fall in employment, by 13 million (from 404 million in May to 390 million) with the labour force participation rate (LFPR) shrinking to its lowest level at 38.8%. India’s rank in the Global Hunger Index has fallen to 101, out of 116 countries – below that of Nepal, Pakistan, Myanmar, Bangladesh, and even Rwanda – indicating how impoverishment is growing.

On July 1, the windfall tax on oil exports was imposed, as fuel exporting corporations made windfall gains with rising international crude prices even before the Russia-Ukraine war hit. The Brent crude oil price then (July 1) stood at $111.63 per barrel, falling to $107 by July 19th. The monthly average Brent price has been $116.01 per barrel in June 2022 and $105.47 for July 2022 (until July 20), according to the oil ministry data.

This means the crude price is still very high at over $100 per barrel. The Centre could have waited for more time before rushing in to withdraw the windfall tax – about Rs 6 per litre on oil product export.

Why GST on food items?

Finance Minister Nirmala Sitharaman justified the GST on food items by saying that (a) all states had agreed to it in the GST council and that (b) some states like Punjab and Uttar Pradesh taxed unbranded pre-packed food items even after the GST came in.

States may have sound reasons to agree to the GST on food items. States have limited taxing rights as against the Centre and after giving up their indirect tax rights for most items while adopting the GST, their rights have reduced further, seriously limiting their capacity to raise tax revenue. Besides, after the GST Compensation was stopped from July 2022, they are facing a severe resource crunch.

The government think-tank NIFP’s analysis published earlier this month showed the GST Compensation accounted for 34%, on annual average, of the state GST (SGST) – for 18 states during FY18-FY21 that it examined. This means the discontinuation of the compensation will reduce SGST by 34%. In comparison, the imposition of GST on food items (earlier exempted) and hike in other rates which came into effect from July 18, will raise the GST revenue by a mere 2.2% – not adequate to fill the gap but some addition to states’ tax kitty, which would have compelled them to accept the GST on food items.

Punjab was heavily dependent on the GST Compensation – 92.83% of its entire SGST receipts during FY18-FY21. Uttar Pradesh was much less dependent, as its GST Compensation constituted 15.8% during the same period.

GST is pro-rich and pro-corporate by design

The GST has always been skewed against the poor – not just because all indirect taxes, like the GST, burden the poor more, but its rates have always been highly lopsided too.

For example, while the windfall tax was withdrawn citing moderation in international crude oil prices to benefit corporations, the litany of taxes on oil and oil products for domestic consumers are untouched. A 2014 study of the oil ministry had shown that oil taxes hurt the poor more, rather than the rich because two-wheelers and three-wheelers use more petrol (61.4%) than cars (34.3%) and 99.6% of petrol is used by the transport sector (making transport costlier). As for diesel, 13% is consumed by agriculture and 70% by the transport sector (making food and transport costlier).

Now, the new GST rates (imposing a 5% tax on food items) also have a provision which says unbranded pre-packaged items of over 25 kg or 25 litres would not be taxed. The relevant part says: “…it is clarified that a single package of these items (cereals, pulses, flour etc.) containing a quantity of more than 25 Kg/25litre would not fall in the category of pre-packaged and labelled commodity for the purposes of GST and would therefore not attract GST.”

Think for a moment. Who buys an unbranded pre-packaged quantity of more than 25 kg/25 litre at a time? Certainly not an ordinary household. The buyers of such huge packed food items are more likely traders and companies in the agro-business.

Then, it also has another provision which says the GST on “cut and polished diamond” is raised from 0.25% to 1.5%. Who buys diamonds? Certainly not ordinary citizens hit by high inflation, hunger, or job crisis. This provision, however, hides more than what it reveals. When the GST was first adopted in 2017, several luxury items like rough diamonds and precious and semi-precious stones attracted 0.25% tax, while polished diamonds, gold, platinum and silver ornaments attracted 3% tax. How did the GST on polished diamonds fall to 0.25% before July 18, 2022? The answer is simple: tax on polished diamonds had been cut in the interim.

What about gold and silver? It continues to attract 3% GST. True, poor families also buy gold and silver, but that is not why the rate is kept low. It is because of the power of gold and silver businesses (bullion market) – as is the case with diamonds.

Do you know, that 18% GST was imposed on tendu leaves used for bidi making, ‘katha’, a wood extract used in ‘paan’ and biscuits given to children in Anganwadi centres when the rates were set in 2017?

Does the Centre have choices?

Contrary to its claim of higher tax revenue while adopting the GST, the reverse has happened.

Therefore, instead of imposing GST on unbranded food items that the poor consume, the Centre could have taken several tax measures to insulate them and raise tax revenue. Some of these are very obvious:

Why the GST rates are anti-people?

That is not difficult to fathom. The opaque and unaccountable Electoral Bond, the legality of which is pending before the Supreme Court since 2018, facilitates huge fund flow to the ruling party (and to a much lesser extent, to other political parties) from the rich, particularly corporate entities. The poor don’t make such political donations, at least not in an amount that would make a difference to the rich ruling party.