This was in response to the declaration by the Finance Minister that the government intends to raise Rs.6 lakh crores by  “monetising” a wide range of national assets.

The convention was an attempt to unmask what this “monetisation” really entails for the common people and workers; and to register a protest against such pro-business moves with complete disregard to the interest of the Republic and its people. Through the NMP brownfield assets to the tune of Rs. 6 lakh crores would be ‘leased’ out between 2021 and 2025. These include roads, railway stations, trains, airports, ports, transmission lines, stadiums and telecom. This crucial decision that would have direct and detrimental impact on the people and the economy was taken without any discussion in the parliament.

Praveen Chakravarty, called into question both the intent and timing of the announcement. He said that the idea of putting big capital assets on the block at a time when the economy is extremely weak, when private investment is very constrained, is only to favour a few big players as no one else will have the money now to invest in these assets.” He emphatically said that is this nothing but an attempt to ensure “backdoor entry for the friends of the government in the facade of the monetisation policy.”

Jawahar Sircar, the Rajya Sabha member from TMC, raised the crucial questions of valuation of the assets to be monetised and that it has to be in the public domain. He further pondered on the state leased lands which have been used by PSEs with conditionalities and if the NMP will be in conflict with the state policies. He also suggested the need for a declaration from beneficiaries that there is no conflict of interest as it is known that the ruling party has raised funds from big corporations. He raised alarm bells to ensure that the assets are not leased to anyone on a quid pro quo basis.

Manoj Jha, the Rajya Sabha member from RJD, said that “We are not against the market, but if we are going to bend our knees to market, then that is a big problem. You are giving up railways and insurance sector to the market? From railway tracks to wreck, and the stations, you are selling everything! You think you are good at naming things, you are calling it monetization, but the people of the country must come out and must stop this sale.”

Kanhaiya Kumar, the National Executive Council member from CPI, spoke of his experience of witnessing such debates in the villages he would tour. The ones against said that the Govt says “We won’t allow the sale of the country”, but the country is made of our national assets. You say that we won’t sell the car and on the other hand, you are selling the parts of the car! “Let’s for a moment take that the government is not selling, but mortgaging. Then why? With whom? And for how much? Say if I have to sell my land in a family emergency, I would be forced to sell for much less, what we call “distress sale”. In this state of economy any sale is going to give the assets at throw away prices.”

All the speakers emphasized the need to steer clear from the facade and wordplay around “lease” and “monetisation” and said that we must call it by its name. They spoke of the necessity to raise alarm regarding this brazen privatization that is going to hurt the poor the most. People First called for the need for a People’s Commission to be held on the monetisation and requested wider support in that process.

Financial Accountability Network is a collective of civil society organisations, unions, people’s movements and concerned citizens to raise the issues of accountability and transparency of the national financial institutions. It also looks critically at the economic and financial policies that have an impact on the people. 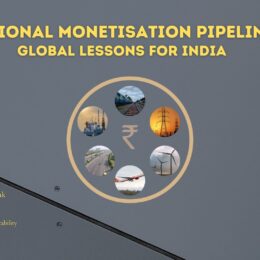 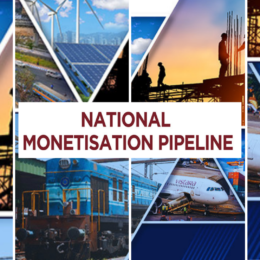 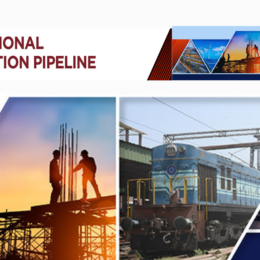 What lies at the end of this pipeline?