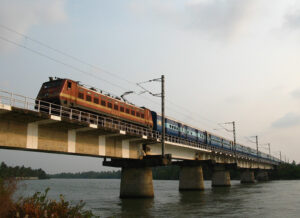 As the Indian Railways are staring at getting privatised under the National Monetisation Pipeline, the World Bank has outlined the role it can play as India looks to fund its ambitious National Rail Plan over the next 30 years, which envisages almost 8,000 km of high-speed corridors and another 8,000 km of dedicated freight corridors (DFCs), involving funds to the tune of Rs 40 lakh crore. The World Bank top brass shared its vision for the Railways and what it proposes at a presentation to Railway Minister and other top brass.  The Bank has offered its expertise starting from hand holding execution of partnership with private players, to development of intermodal stations and upgrading of existing lines. “Aim to build 8000 km of DFC and 8,000 km of High Speed Railway in 30 years. How to pay for it?” the presentation poses, offering “World Bank interventions” as a solution. In passenger services, the Bank proposes PPP partnership in developing new high-speed routes as well as the commuter rail network.

In the sector of real estate, developers expect a 25 to 30 per cent jump in residential sales during the festive season. The reason being continued momentum in sales in the last couple of months due to stamp duty cuts in some states, lower interest rates, discounts and offers, demand for larger homes to accommodate work from home and so on. Home sales grew 67 per cent in the first half of 2021 due to growth in markets like Pune and Mumbai compared to the same period in 2020 due to a cut in stamp duty.

Affordability to buy homes in India’s major cities has improved this year, says property consultant Jones Lang LaSalle India. In its annual Home Purchase Affordability Index, it stated that between 2013 and 2021, affordability increased consistently across key Indian cities – Delhi-NCR, Mumbai, Kolkata, Chennai, Pune, Hyderabad and Bangalore. It pointed out that during the current year, household incomes in all the key cities grew 7%-9% from the low base of 2020 when the pandemic-induced lockdowns led to a contraction of the economy. On the other hand, home prices remained stagnant in all cities except Hyderabad. The country’s largest housing finance company, Housing Development Finance Corporation, State Bank of India and Bank of Baroda slashed rates up to 40 basis points to woo home buyers during the October-December festive season.

Tata Realty & Infrastructure (TRIL) has acquired the entire share held by UK based PE fund Actis in an IT park called Intellion Square, in Goregaon area of Mumbai in an all cash deal. The property was part of a joint venture between Tata Realty and Actis that invests in and develops new generation offices in established commercial markets across India’s major cities.

Walton Street BlackSoil Real Estate Debt Fund-II has made the first close of Rs 360 crore and will offer debt financing to mid-income residential projects in the top six cities. The fund has a target corpus of Rs 500 crore, with a green-shoe option of Rs 250 crore. Domestic high net-worth individuals (HNIs) and family offices have invested in the fund, which will be fully raised by December. The debt fund is registered with the Securities and Exchange Board of India (Sebi) as a Category II Alternative Investment Fund (AIF).

In the sector of Roads & Highways, as the National Highways Authority of India (NHAI) works to complete the marquee Delhi-Mumbai Expressway project, there are four more such high-speed highways lined up for execution by the Centre. They are the Ahmedabad-Dholera, Delhi-Amritsar-Katra, Bengaluru-Chennai and Kanpur-Lucknow stretches, which would be taken up next. These four expressways — Ahmedabad-Dholera, Delhi-Amrit­sar-Katra, Bengaluru-Chennai and Kanpur-Lucknow — are targeted for completion by 2024-25.

Setting an ambitious target, Union Road Transport and Highways Minister Nitin Gadkari said that the private contractor building the Zojila tunnel on the main highway connecting Srinagar with Leh had been asked to complete the project three years before the target. The 13.5-km tunnel, being built at a cost of Rs 4,900 crore, when ready, will play a key role in making the road (NH1) connecting Srinagar with Leh an all-weather one. At present, the road remains closed for vehicular traffic after the winter sets in as the area sees heavy snowfall. The original deadline for the 11,000-foot high world’s “longest tunnel” project is December 2026.

In the sector of Ports, Competition Commission of India gave a go-ahead to a proposed acquisition of 10.4% equity shareholding of Gangavaram Port by Adani Ports and Special Economic Zones Ltd. Adani Ports and Special Economic Zone is operating in 11 domestic ports in six maritime states such as Gujarat, Goa, Kerala, Andhra Pradesh, Tamil Nadu and Odisha. As per the notice, Gangavaram Port is engaged to own, develop and operate the deep-water port at Gangavaram, Andhra Pradesh, pursuant to a concession agreement on Build-Own-Operate-Transfer basis with the state government.  This is for a concession period of thirty years from the date of commercial operations and entitled for a further period of twenty years (two periods of ten years each).

Days after the government announced its ambitious asset monetisation plan, the Airports Authority of India (AAI) approved the privatisation of 13 more airports by next year — six major ones and seven smaller ones that will be clubbed with the bigger ones. The six big airports are: Amritsar, Bhubaneshwar, Indore, Raipur, Trichy and Varanasi. Seven smaller ones that will be clubbed with the big ones are those at Hubli, Tirupati, Aurangabad, Jabalpur, Kangra, Kushinagar and Gaya. The government expects private investment of about Rs 3,700 crore in the airport by March 2024. This is the first time that smaller airports are being clubbed with bigger ones while opting for the PPP mode in which on revenue share model a private player develops and expands airports while their ownership remains with the government. 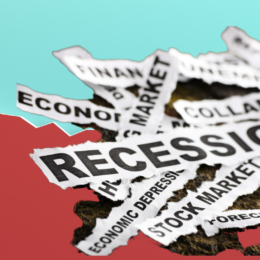 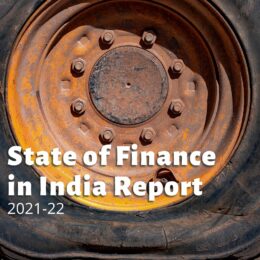 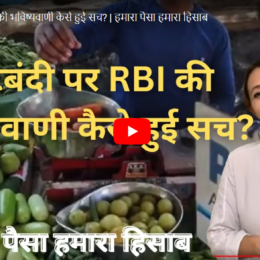