The war of words between the Finance Minister and RBI governor has steamed up with the Arvind Subramanian, Chief Economic Advisor, jumping in the fray attacking the Urjit Patel, RBI Governor, who commented, among other things on the system of dual regulation by the finance ministry and RBI of the public sector banks.

It all started with the Arun Jaitley, Finance Minister, commenting last month on the PNB scam. He said, “We must always remember that regulators have a very important function. They ultimately decide the rules of the game, and they have to have a third eye kept perpetually open and turned towards the sector. But unfortunately, in (the) Indian system, we politicians are accountable, the regulators are not.” Urjit Patel’s Inaugural address titled “Banking Regulatory Powers Should be Ownership Neutral” at the National Law University, Gujarat seemed to be a retort to the Finance Minister.

This month-long dis-fest, which was played out in the background of the PNB scam, takes significance with calls for privatising public sector banks. What Patel is asking is not just more powers, as portrayed, to check frauds but some fundamental changes in the Banking Regulation Act to level the playing field between the public and private sector banks – another structural banking reforms. Some of those “lack of power” that Patel is unhappy is not being able to force merger, trigger liquidation or revoke banking licence from PSBs.

Hence, let us not fall for the false debates on who is right? Or whether the change in Banking Regulation Act is indispensable to prevent frauds in PSBs? For, those parts of Patel’s speech that are relevant has not even come in public debate. For example, why the realisation now? The PNB scam is neither the first fraud not is Nirav Modi the first or even the biggest defaulter. So, why is Patel —who silently executed demonetisation, welcomed the amendment in Banking Regulation Act, and was “not opposed” to FRDI Bill, choose to make noise now?

The Crux of the matter

Patel started his speech at the National Law University, Gujarat by trying to dismiss questions raised on RBI’s credibility as a supervisor by quoting paragraphs from the Financial Sector Assessment Programme (FSAP) report by IMF and World Bank. The FSAP gives RBI brownie points for “introducing risk-based supervision through its forward-looking Supervisory Program for Assessment of Risk and Capital (SPARC)”, for phasing in Basel III framework, Asset Quality Review, and that it was satisfied with the overall system of audit, while suggesting that the task can be outsourced for allowing additional expertise to be brought in.

But the same FSAP report expresses displeasure, and according to the RBI governor “laments at… the fact that the Reserve Bank’s regulatory powers over banks are not neutral to bank ownership.” Patel further quotes the FSAP in his speech by saying “it (RBI) cannot remove PSB directors or management, who are appointed by the government of India (GoI), nor can it force a merger or trigger the liquidation of a PSB; it [RBI] has also limited legal authority to hold PSB Boards accountable regarding strategic direction, risk profiles, assessment of management, and compensation. Legal reforms are thus highly desirable to empower the RBI to fully exercise the same responsibilities for PSBs as now apply to private banks, and to ensure a level playing field in supervisory enforcement.”

So, there we have it, the answer to the questions above; it is not the RBI governor who is saying that there need to be more powers to RBI to liquidate and merge PSBs. It is the IMF and World Bank that ‘observes’ the need for similar rules for the public and private sector banks and the RBI governor just agrees and relays it.

According to the RBI governor, “A private bank CEO’s primary concern is whether s/he will be able to raise capital when the need arises or even whether s/he will still be running the bank the next day,” and this market and regulatory discipline help in keeping the frauds in check. This is where he states that the public sector banks have a free reign as they have “implicitly a stronger perceived sovereign guarantee for all creditors of PSBs, and the principal shareholder – the government – has not so far been interested in fundamentally modifying the ownership structure.”

But the crucial point that he made was to say that there is a link between the increased frauds and the stressed asset problem faced by the banks. Further quoting from the Financial Stability Report, he said that the issue of frauds has increased in the last five financial years. To quote FSR, June 2017, “During this period, while the volume of frauds has increased by 19.6 percent from 4235 to 5064, the value (loss incurred) has increased by 72 percent from Rs. 97.5 billion (Rs. 9,750 crores) to Rs.167.7 billion (Rs. 16,770 crores). The share of frauds in [loan] advances portfolio continued to be high at 86 percent of the frauds reported during 2016-17 (in terms of the amount involved). Moreover, almost all corporate loan related fraud cases get seasoned for 2 to 3 years as NPAs before they are reported as fraud.” This evidently is the more revealing than the shadow debate between the Finance minister and the RBI governor.

According to Patel, increasing number of frauds are linked to the large-scale loans given to the corporates and lackadaisical attitude towards a proper asset quality review. All of this has today put the banking sector in crisis, the magnitude of which is over 8.5 lakh crores of stressed assets on the balance sheets. But he couldn’t think beyond having the regulatory mechanisms to control such frauds in PSBs is by using power to liquidate or merge failing banks and to fire the board and management members, similar to that of the private banks.

The Problem of perspective

At a juncture where the banking sector, especially the public sector banks, is in a historic crisis, created by stressed and non-performing assets, a demand like this seems to hold, which it is considering some news articles. But the fundamental problem with the demand and the RBI governor’s perspective of the baking sector appears to lack an understanding of the socio-economic context in which the public sector banks are working. There are three fundamental problems:

First, agreed that the private sector banks have a more strict market disciple, but it is because they are profit-oriented and do not invest where they are no return. Whereas, the public sector banks, since nationalisations have been seen as agents of development and not profit-making machines. Further, considering the employment generated, providing service to the rural areas and credits to smaller businesses and working-class people, the public sector’s profit far outweighs the private sector. Even from a balance sheet point of view, the public sector banks have been making a profit, till they were made to act like development banks. That was a policy decision made by the RBI in collusion with the finance ministry and a decision that the RBI till date stands by. The RBI should not try to absolve itself by claiming lack of powers when every large credit needs the approval of the board of which the RBI is a part. So it is not just the faults of the Managing Director and the Chairperson of the banks who must be held responsible for reckless lending, but the RBI too.

Secondly, the entire argument that there are better diligence and discipline in private sector banks against frauds is just a lie. In the last session of the parliament, the finance ministry said that as compared to the public sector banks and their total market share, the number of frauds in the private sector banks is more. Data shows that from 2014-15 to 2016-17 there were 1146 and 568 cases of frauds involving staffs in public and private sector banks respectively. We all know that during demonetisation, it was private banks that distributed money to certain people with political and money power. Hence the RBI governor is only using the issue of fraud as a pretext to push in the agenda of IMF and World Bank.

Thirdly, while the governor says that he and his colleagues at RBI are pained and angry with the loot of the country due to crony capitalism and the unbridled credit some corporates get during credit cycle and the evergreening of loans, the anger doesn’t translate to stringent actions for the recovery of the money. Instead, he suggests “as the Mandara mount or the churning rod in the Amrit Manthan or the Samudra Manthan of the modern day Indian economy. Until the churn is complete and the nectar of stability safely secured for the country’s future, someone must consume the poison that emanates along the way.” It is quite clear who is consuming poison and whom the nectar.

PSBs will be a History

Amidst calls for privatising banks coming from the ilks of Nandan Nilekani, Uday Kotak, it is unfortunate to see the RBI governor only wanting to pave a smoother road for privatisation. The issues of the merger, liquidation and hire and fire at will have been on the agenda of IMF and World Bank for decades. The recent FRDI bill seeks to give such powers to the Resolution Corporation, but it has been pushed back due to strong opposition from the public, civil society, and bank unions. Now, once again, the RBI governor is seeking such powers to ‘deal’ with the public sector banks. Having worked before at the IMF, Patel’s stance is not surprising.

The last two decades has been a systematic destruction of the public sector banks. Now both the RBI and the Central Government are only trying to making public sector banks a history. While some policies like the large-scale lending and the orders for provisions have come to the public debate, we do not know the internal changes that are happening in the banks. Most of the public sector banks are understaffed and overworked, staff benefits being clawed out in the name of increasing competition, encouraging and rewarding non-banking businesses like insurance, Aadhar etc.

What we can agree with the RBI governor, is that the banking sector is in need of restructuring and reforms, but there ends the agreement. What we need is a reform to reverse the malignancy of neo-liberal reforms in the banking sector. There are existing mechanisms to fight frauds, and we need to check on their implementations. Privatisation or mergers are not the solutions. 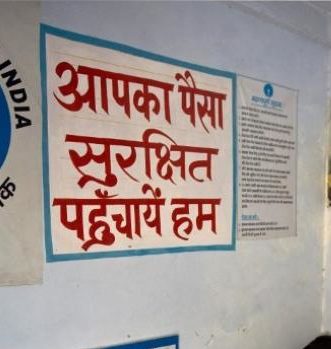