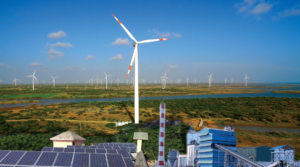 In yet another hasty, half-hearted, hallucinational, last minute tokenistic action to showcase something to the world, the Ministry of New and Renewable Energy has issued an office memorandum on the 10th of March to constitute a committee to promote women-centric policies, programs and interventions in the RE sector. The memorandum claims that the MNRE under its various schemes and programmes, has been encouraging participation of women in RE sector and mentions a recent online session held on ‘Women in Renewable Energy (RE): Call for Action’ that was organised to acknowledge the role of women entrepreneurs and leaders in the Renewable energy Sector and to discuss the way forward. The ministry acknowledges the comments and feedback received on possible interventions to further increase participation of women in the RE growth story.

The committee is expected to provide its recommendations on women-centric policies, programs and interventions required in the RE sector, including aspects to promote active engagement of women across the RE sector to address the issues of poverty, pollution, clean water, and gender inequality. Empower women by introducing them to renewable energy solutions and capacitating them by imparting regular skill trainings. It also hopes to bring in effective implementation of existing women – oriented government programs to reach grass root level, focussing more on rural women. And it hopes to promote decentralised Gandhian approach for rural energy access by developing rural women entrepreneurs from the villages at a large scale. It also mentions coordination among different Ministries for possible convergence and hand holding support to women. And yes it also reveals the sharing of success stories, celebrating champions and exploring possibilities for adaptation/replication of successful models and creating knowledge networks and partnerships among stakeholders for scaling up RE activities oriented towards women.

It further mentions that the committee will meet at least once a quarter or sooner and that TA/DA to the members for site visits if required would be available as per government rules and calls on all member organisations to nominate their representatives in the committee so that the first meeting of the committee may be convened at an early date.

Typically, setting up such a committee seems to be a hurried and poorly planned response to mark the International Women’s Day that was celebrated on March 8th world over. Such committees one knows don’t really function effectively as they lack a long term agenda, rely on little and incomplete information and have a poor understanding of the landscape they are to provide suggestions for, and that too from a gender lens.

The need to set up a committee must have honestly evolved from the ground realities of how the RE sector is displacing lives and livelihoods, disturbing ecological systems and pushing women and children further to the edge in most areas where large scale RE projects have been installed.  The language in the memorandum truly fails to describe what and who is at stake and its implications on gender, public health and more in the RE sector. And it completely ignores the importance of access to clean energy for all as a primary need, particularly for women.

In most RE landscapes, the local communities have lost their private land, the village commons such as grazing pastures, water bodies, forest patches, and lost access to timber for local construction of thatched roof homes, biomass for cooking, fodder for farm animals and have lost access to cultural and religious spaces. RE projects, particularly Solar projects having been removed from the purview of Environmental Clearance processes, have caused infinite disadvantages to the local communities with little respite. This combined with the events of climate change such as floods, landslides and cyclones have been wreaking havoc in many parts of the country, leaving lakhs of people impoverished. Such events often push the burden on women to sustain households. Planning for such situations too is largely missing in the memorandum.

The RE projects have also disturbed local ecological habitats and biodiversity, watersheds and the carbon sequestration abilities of agricultural and other common lands.  The amount of land required in the future to achieve the targets and its implications on women’s lives and livelihoods is simply not comprehended in the memorandum’s overview of the need to set up such a committee.

While the composition of the committee is representative of the many departments, it has not been thoughtfully appointed. It is alarming to note that the committee lacks representation from the Ministry of Environment and Forest & Climate Change, a key ministry in addressing issues of the environment. The committee also lacks representation from the Ministry of Skill Development and Entrepreneurship. It is puzzling as to why such a crucial ministry was left out, given that it has a 49% share capital of the National Skill Development Corporation and has been focussing on 37+ different sectors.

Importantly, the committee lacks representation from academia, civil society and other players in the energy landscape such as energy regulators, distributors and others. A lot of research in the global south has highlighted the need for ensuring access to energy for women and underscored the importance of energy for basic health services, particularly crucial for women and children in the context of the energy transition. But the absence of academia in such an important committee is shocking. Civil society has been in the forefront to address issues of gender equality and access to energy for women. But the lack of representation of civil society in this committee is yet another mistake that will leave the proceedings devoid of genuine needs of women from a RE perspective.

While compiling the list of representations it has missed asking the questions what tasks are the committee responsible for and who might possess the skills, expertise and experience needed to complete the said tasks?. The memorandum  also fails to clearly mention the objectives, the clear outcomes and the possible impacts on a long term. The memorandum also falls short of providing a timeline by which the committee’s recommendations need to come in to address the many agenda items listed by the Ministry.

While the steps required to transit to Renewable Energy are happening rapidly in the context of the promise made by our PM at the COP26, and investments are beginning to flow, it is important to take a step back and assess if everyone is on board in the dialogue and discussions. The last decade during which renewable energy production has spiked has also left a large section of the population without land and livelihood. The implications of this will also be evident sooner or later on the list of health indicators.

It appears that this committee to set up women centric policies, programs, schemes and interventions is largely focussed on the need to transition away from fossil fuels and shift to renewables to make it look like a big success. As in most other sectors, women as a group has become an easy and attractive target for such initiatives. On a  quick glimpse, it appears like a good step in bridging the gender gap, but it fundamentally fails to address the basic issue of guaranteeing women’s access to clean energy. It is only when women have access to clean energy, challenges of time poverty, gender based violence, health impacts from indoor pollution and lack of access to information that truly empowers women, creates agency and helps provide opportunities for economic independence can be addressed.

While the challenges with respect to  the composition, focus and mandates of the above committee remain profound, the need for such a committee itself is debatable.

Historically setting up of such committees that lack representation, expertise, experience and more have only helped advance certain agenda that is favourable to the industry. Such committees also have often undermined the constitutional provisions and other legal mandates that help address gender equality.

MNRE on the other hand could have held consultations across the country with true representation from diverse sectors at the state and regional level that would have provided the much needed information and analysis to help develop policies, programs, schemes and interventions in the Renewable Energy landscape that were truly women centric. 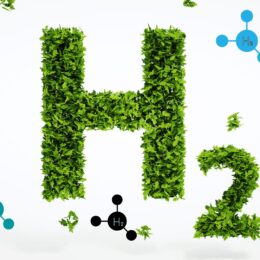