Budget placed in the Indian Parliament on 1st February fails to send out a long due message to the stagnating Indian economy. This is by failing to announce policies for a possible recovery of aggregate employment and output in near future. Above is evident with measures in this  budget too few or altogether absent in stimulating the domestic economy via public or private investment and by generating  net overseas demand for the traded goods in the economy. Efforts, in the budget, to stimulate consumption in the economy are tried out by changing the direct tax rates which also may not work due to the trade-off between the lower rates and the foregone benefit.

Incidentally, the option would also take away from the tax payer possibilities of investing in small saving instruments –  a major source of resources for the government. As for issues of generating rural demand and unemployment, the budget takes a negative position with cuts in MNREGA funds and other benefits. Nor are there any effort to address urban distress for the unemployed  and  underemployed .

What, then, can be viewed as the more assertive takes of the budget? And what do those aim for? A move, much highlighted in the media and in business circles,  include the removal of the ‘dividend distribution tax’ for financial companies, with fund holders henceforth liable for paying taxes. The change has already drawn attention, not only by the commentators but also by the stock market with the Bombay Stock market index (SENSEX) shedding 642 points in one hour between 2.30pm  and 3.30 pm of 1st February  and the closing index at 39732 losing about 1000 points as compared to the opening index  of the day 40753. The drop in the index may  also be related  to the new tax rates which, if opted for, will take away the tax benefits of the equity linked mutual fund (ELSS) investments .

A very similar pattern had taken place about  six months back when the first budget of the present government was placed in the Parliament on July 5th of last year. With measures in the budget which proved discouraging to the market, the SENSEX,  deviating from  the post-election high  at 40,159  on June 6, dipped to 39581 on June 7, thus losing 581 points within a day. The causes of the steady downfall of stock indices, as was cited, included the net outflows of Foreign Portfolio Investments (FPI) amounting Rs 3,700 crore or above in a single month of July 2019, thus reversing the usual trend for net inflows in the preceding months.

Developments as above last year in the stock market, the major sources of capital inflows for  India, led to quick actions on part of the finance ministry. Giving in to the demands of overseas investors, major roll backs were announced by the finance minister on August 23, scrapping the enhanced surcharge on foreign portfolio investors which was levied in the Budget passed on 5th July.  Within a few more weeks further roll backs of similar tax measures in the budget were announced, thus removing the surcharges on long or short term capital gains earned by high income tax payers on transfers of equity shares.  All those were expected to  stimulate the stock market by encouraging inflows of foreign portfolio investments Also additional  taxes introduced in the last budget on the ‘super rich’ with income slabs over Rs 2 crore and beyond Rs 5 crore were adjusted downwards. In addition, corporate taxes were subject to significant cuts.

Attempts last year, on part of the ministry, met with favourable responses. The SENSEX bounced back  since those measures and was in the neighbourhood of  40000 and beyond between November 2019 and January 2020..

Such efforts, as above, on part of the state to accommodate the demands of global finance as happened with the previous budget, do not discount  the possibilities of a similar course of action by the finance minister if the stock market plunges further  in near future. However , stock prices have recovered on the fourth day after the budget  and Sensex has taken a turn upwards, which by itself may be treated in official circles as success of the budgetary moves. Responses of short term investors in the financial market continue to set the barometer to judge the health of the economy.

Both the quick responses of the market in short term capital, which was negative with last year’s budget and the responses on part of the policy makers can be considered as legitimate in terms of a democratic process which allows for free expressions on part of different sections of society. Recognition and responses, on part of policy makers , as happened with the last budget with roll-backs of duties may qualify in a functioning democracy, with the state acting in a manner close to the Polyanisqe “double movement.” This raises the further issue:  Does there exist, in India, a channel for sectors other than finance to voice concerns which are effective to elicit  responses from the state  towards redressal? The answer  is clearly in the negative. Issues like unemployment and underemployment  along with poverty faced by large sections of people  and the on-going recession as well as stagnation in the real economy, while much discussed, do not get any priority  in policy making. The state  fails to  address, let alone suggest remedies in near future. In other words, the priviledges enjoyed by finance in terms of their ability to influence policies in their favour remain rather exclusive as compared to the working population and the unemployed with poverty. It may be recalled here that the transactions in the secondary stock market can never generate, in the first round, real activities in the economy in terms of output and  employment.

Given the pattern of budgetary measures in recent times, questions are bound to be raised on the underlying priorities in the recent budgets which include the present one. How does one justify that the financial sector and big capital reigns supreme in contesting  and finally appropriating official policies in India? Why do the voices of the working poor and unemployed remain unheard in terms of remedial measures?

With democracy considered to provide legitimacy to interests of people in various status, it is also expected that the government in power takes care of such voices from different quarters . Questions naturally arise if the practice of ignoring such voices  can be viewed as a legitimate democratic process. And also how long can those remain unanswered.

Sunanda Sen formally was a Professor at the Centre for Economic Studies and Planning, Jawaharlal Nehru University. She does research in Development Economics, Economic History, Feminist Economics and Macro economic issues of Finance. 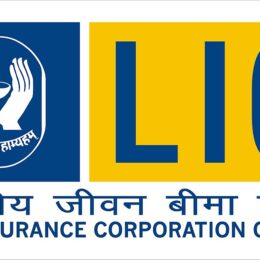 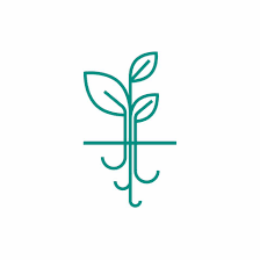 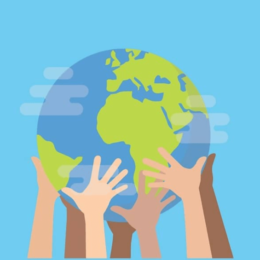