Deutsche Bank AG was one of the largest Banks in the world (it was ranked largest before Chinese Banks replaced it). The Bank on a verge of collapse due to internal scandals has sent shock waves.

State Bank of India has to learn lessons from this episode. SBI’s former Chairman had given public statements against the merger of Associate Banks, a few months before announcing merger. After the merger the Bank made loss first time in its history and even the last quarter profit then was only by selling holdings in SBI Life Insurance Company.

SBI’s problems are plenty. The biggest is the collaboration with Reliance. Anil Ambani’s loans are NPA. Mukesh Ambani probably is the biggest borrower but his companies are SBI’s partners. Reliance is a National Business Correspondent, Reliance Asset Reconstruction Company buys education loans from SBI for 15% value. The Yono app is in Jio platform and Reliance has access to all Yono customers. SBI is a junior partner in Jio Payment Bank with 30% shareholding. SBI has many service charges but Jio Payment Bank has no bank charges (as of now to attract customers). Mrs. Arunthathi Bhattacharya former Chairman SBI is a Director of Reliance. Ms. Manju Agarwal DMD SBI is Director of Jio Payment Bank. Cross-selling in SBI has become misselling frustrating staff and customers at the grassroots.

Will SBI learn from Deutsche Bank and do a course correction quickly. 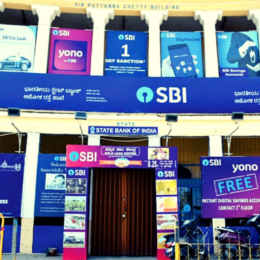 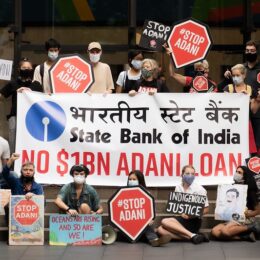 Article not specified lesson to be learnt by SBI
Events in Deutsche Bank AG not narrated/compared.