Until now, reservation was prompted by the perennial caste-based discrimination system, which has pushed a significant population into multiple deprivations; upper castes suffer no such handicap. 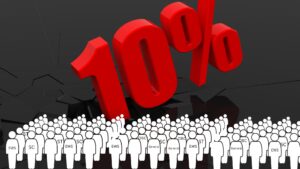 The Supreme Court judgement of November 7, 2022, upholding a 10% quota in educational institutions and government jobs for the economically weaker section (EWS) among the upper castes (non-SC, ST, and OBC) marks a decisive turning point for the idea of ‘reservation’ and will continue to be hotly debated for long.

That is because it overturns more than seven decades of accent on social backwardness or social deprivations caused by a rigid caste-based discrimination system, which led to multiple other deprivations – educational and economic backwardness – for a significant population. The focus now shifts exclusively to the economic backwardness of the privileged upper castes, unburdened by the historic injustices and “othering” based on a rigid caste system to which the lower castes have been subjected.

This judgement may not end the quota for SCs, STs, and OBCs just yet, but it is a move in that direction. Justice Pardiwala, one of the three judges who wrote the majority view (3-2), himself said so. He wrote that “the idea of Baba Saheb Ambedkar was to bring social harmony by introducing reservation” in the Constitution, but that (i) “reservation should not continue for an indefinite period of time so as to become a vested interest” and that (ii) “the new concept of economic criteria… may go a long way in eradicating caste-based reservation” and that this “may be perceived as a first step in the process of doing away with caste-based reservation.”

He did not state that social harmony – that is, the abolition of caste-based discrimination and deprivation – had been established. The “real” cause of multiple depravities (social, educational, and economic backwardness) “continues,” but the development and spread of education have resulted in a significant “tapering of the gap” between classes.

Surely economic backwardness, the new touchstone of reservation, isn’t the same as the perennial caste-based discriminations and deprivations. Besides the lower castes have been kept out of the 10% EWS quota on the ground that they already enjoy reservations, which the majority view upheld but the minority view differed. Interestingly, even the minority view agrees to the “permissibility” of economic criteria for reservations even while protesting against the exclusion of lower castes, saying that they constitute the maximum poor – 38% of SCs, 48.4% of STs, and 33.1% of OBCs are PBL, as against 18.2% of general category (upper castes).

True, the Parliament is empowered to make new laws and set new conditions (economic backwardness for reservation), and the constitutionality of the 103rd Amendment providing for this has been upheld by the majority view (but not the minority view). That is why the arguments contained in the majority view (6-3) in the 1992 Indra Sawhney case against reservations based on economic backwardness or arguments that such a reservation runs afoul of Article 16(4) hold no water, but there are several other reasons for which the present judgement will remain contentious.

The two most important reasons are: (a) Can a five-member bench (in the present case) overturn the nine-member bench verdict of 1992 in the Indra Sawhney case that put a 50% limit on reservations just by dismissing that as “not inflexible”? and (b) can an action that benefits the most people be called “affirmative action” or “positive discrimination” (the legal arguments that allow “reservation” without violating the “equality” guaranteed by the Constitution)?

The first one is self-explanatory. The second one springs from the eligibility criteria set for the 10% EWS quota. This was not under review as the judgement looked into the 103rd constitutional amendment, which doesn’t set the eligibility criteria; those were spelled out in an executive order later, which says the eligible are those for whom (i) family income is below Rs 8 lakh per year (ii) family owns less than 5 acres of agricultural land (iii) family owns a residential flat of less than 1000 square feet, a residential plot of less than 100 square yards in notified municipalities, and a residential plot of less than 200 square yards in non-notified municipalities.

How many will qualify by this?

So, using the PLFS of 2019-20 data, the EAC-PM’s “Report on State of Inequality in India” said an Indian earning Rs 25,000 per month, or Rs 3 lakh a year, comes under “the top 10%” of wage earners. Even if two members of a family are wage earners, this would mean an annual family income of Rs 6 lakh – way below Rs 8 lakh. This would also mean far more than 90% Indians are eligible for the EWS quota. Similarly, going by agriculture landholding, 86% of Indians are small and marginal farmers with operational landholding below 5 acre or 2 hectare – as per the 2015-16 Agriculture Census released in 2019.

How can any action that benefits more than 90% of individuals or families on income and 86% on farm landholding be called “affirmative”, “positive discrimination” or “reservation” at all?

The Kerala government did a smart job while adopting the Centre’s 10% EWS quota two years ago. It hived it off from the quota meant for general category (50.5%) – without violating the 50% limit or making mockery of “affirmative” and “positive discrimination” arguments.

The Gujarat High Court struck down the state government’s 10% EWS quota for upper castes (through ordinance) in 2016 by declaring it unconstitutional. It reasoned (a) there was no technical impact assessment study and quantifiable and empirical data for the need for such a reservation and (b) economic backwardness being a fluctuating issue, this can’t be the sole basis.

Finally, there is more politics to the EWS quota than legal or economic realities and it is certainly not about poverty or economic backwardness at all. Had poverty been the concern, the Indian government would have collected relevant data. The last consumption expenditure data (proxy for income) was in 2011-12 – a decade ago. It has collected no data on how many people were pushed into poverty due to the pandemic, or in the pre-pandemic demonetization and GST days that caused overnight loss of millions of jobs and businesses too.

Unlike extensive debate in the Constituent Assembly to provide reservations for SCs and STs, the EWS quota was hurriedly passed in both the Lok Sabha and Rajya Sabha on the very same day that it was introduced – January 8 and 9, respectively.

Rather, it is about appeasing upper caste Hindus who are not only guilty of practising caste-based discrimination for thousands of years but who have always resented caste-based reservations also. It is in plain sight and also the burden of the arguments the commentary of legal expert Prof Faizan Mustafa and social scientist Satish Deshpande have made against the EWS quota.