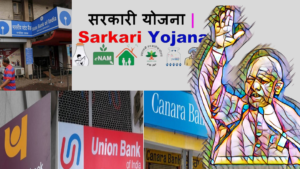 BJP has secured a landslide win in Uttar Pradesh and there are many reasons stated in the press and on the TV discussions, but one which has not come to focus is how the schemes implemented by banks helped BJP in securing a victory.

Over the last 7 to 8 years, the banks have been forced to lend under many schemes which are monitored by the Union Finance Minister Ms. Nirmala Sitharaman on a regular basis through interactions with the Managing Directors and Chairmen of the public sector banks; and through the pressure mounted through her press conferences. Several ‘Loan Melas’ were held with huge targets for banks, which the banks fulfilled.

​Let’s have a look at the figures of the PM Jan Dhan Yojana, PM Mudhra Yojana, PM Svanidhi, Atal Pension Yojana which are some of them.

​These loans are covered under the Credit Guarantee Fund Trust for Micro and Small Enterprises (CGTMSE).  So even if they are not repaid, banks won’t bother much.

​Under the PM Svanidhi Scheme, meant for street vendors, 3341012 street vendors have been covered in the country out of which 7.8 lakh are from UP (Figures up to February 2022).

​The ruling party has used its machinery well with the support of RSS to reach every household and told people that all this is only because of Modiji.  This is what helped in the elections.

​Under the Atal Pension Yojana from 2019-2022, in UP, 507.23 lakh persons have been covered in the age group of 18 to 40.  This is a pension scheme with a low premium.  Notice that again, the names of Atal Bihari Vajpayee and Modiji have been used.

​Thanks to a well-oiled campaign machinery that not only works during the elections but also throughout the year, people have been made to believe in the cult of  Modiji.  And interestingly, without the government spending big money, this has been achieved through the public sector banks. That’s why Modi has repeatedly talked about reaching every poor, after each victory.

Gandhi said that poverty is the worst form of violence. But keeping people poor and giving them some benefits helps the politicians. We have masters of the game. Will they at least rethink the privatization of banks now? Private banks have not helped them in spite of the huge support given to them, and they never will. Of course, they have also given Mudra loans, but they don’t really cater to the poor. Privatisation will be detrimental not only to the people, but also to the government. Hope the Prime Minister and the Finance Minister realise this when they still have time.