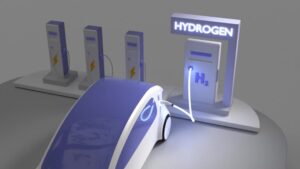 There have been some serious talks about hydrogen being green and environment; a climate-friendly alternative to fossil fuels. But one huge question arises: is it viable?

There are many aspects to take into account to answer this question.

With the impending climate crisis, switching to an alternative seems necessary, but would it be economical due to production and cost constraints?

Idea of hydrogen as a fuel for automobiles

Even before cars were a thing or were powered by fossil fuels, François Isaac de Rivaz, a Swiss inventor and politician, invented the first hydrogen-powered internal combustion engine and designed a working vehicle based on the engine in 1807

The engine worked by combining oxygen and hydrogen, which was then ignited with a spark and caused an explosion, pushing the piston out and propelling the vehicle forward. He had the design patented under his name in 1807. However, the design could never be commercially scaled up. This was mostly due to efficiency problems in the design itself.

Notice how carbon dioxide was not one of the byproducts! This means that in addition to being extremely efficient, fuel cells are also climate-friendly, making them a great alternative to fossil fuels. The massive budget allotted by the governments to hydrogen and fuel cell research reflects this (for example the US government announced funding of US $9.5bn for the hydrogen industry). However, fuel cells don’t come without their problems, which we will be discussing further in the article.

The technology used in FCEVs

The FCEVs have an electric motor fit in them which is powered by a combination of a fuel cell and a battery, in contrast to only a battery as in the case of electric vehicles. Fuel cells basically convert the energy stored in hydrogen to electricity. Furthermore, the only by-product of an FCEV is pure distilled water!

Use of hydrogen in cars

People have tried for ages to commercially produce a hydrogen-powered car, but it is only recently that they have succeeded. In 2013, we got our very first commercially produced FCEV: the Hyundai ix35 FCEV. In 2014, Toyota followed with the ‘Toyota Mirai’, and lastly Honda with the Honda Clarity. However, the Honda Clarity was discontinued because there is a huge shortage of hydrogen fueling stations all over the world, making it less than ideal for customers to choose this over other zero-emission vehicles (like electric cars). The fact remains that the current infrastructure, i.e., the number of hydrogen refuelling stations, is less than ideal. There are only 107 hydrogen refuelling stations in the US, which makes it very difficult for the average consumer to realistically own a hydrogen FCEV. People who currently own FCEVs must carefully plan each of their trips to ensure they are never stranded without a nearby refuelling station.

Less than 10,000 FCEVs were sold in 2020, whereas battery electric vehicles sold more than 3 million units! Furthermore, the cost of buying an FCEV is absurdly high. For example, the Mirai starts at US$49,500  in addition to all the infrastructure and transportation costs, which is not feasible for most people.

All of this is to be considered in addition to the safety issues, which are discussed in a later section.

Use of hydrogen in heavy-duty vehicles

It has been widely discussed that the easiest way for hydrogen-powered vehicles was to enter the heavy-duty vehicle industry. This is true for three main reasons. Firstly, predictable routes of heavy-duty vehicles or HDVs like buses, etc., eliminate the need for extensive hydrogen refuelling infrastructure. Further, the technology allows for an increase in the amount of energy released without a significant increase in weight, which solves a huge problem with trucks that have a weight penalty. Lastly, both the refuelling time and the driving range are pretty similar to vehicles that run on traditional fuels. This would ensure a smooth transition to hydrogen-powered HDVs.

Even though HDVs constitute a smaller proportion of all vehicles, this switch to hydrogen would have a huge positive impact on the environment. But speaking of the present, all these are just theories, as no hydrogen-powered HDVs are actually on the road even after all these advantages! There are estimates, however, that over 800,000 hydrogen fuel cell commercial trucks will be sold by 2035.

Use of hydrogen in planes

Modern planes are powered by kerosene, which emits harmful greenhouse gases, but there seems to be an alternative in the works. The use of hydrogen in planes is not the most delved-into subject today, but it has a lot of potential. With the lightweight technology and sustainability of the fuel, it really could be the future!

Recent reports show that such planes could enter the market as early as 2035! However, in the aftermath of the Hindenburg disaster, it appears unlikely that the public will trust hydrogen-air travel anytime soon unless safety is ensured and well demonstrated.

Use of hydrogen in submarines

The use of fuel cells in submarines has been talked about since World War I, but due to fire and explosion concerns, they were not delved into. However, in the 1990s, the German navy was looking for a new type of submarine capable of operating in the shallow waters of the Baltic Sea and the deeper waters of the Mediterranean Sea.

These are remarkable advantages during the war, which made the creation of type 212 (the first fuel cell-run submarine) highly desirable. It was finally built in 1998 and is still in commission today!

One major disadvantage of the submarine is the fact that it is only suitable for very short distances which is not ideal for most scenarios. But overall AIP submarines are termed “silent killers” and rightly so.

Comparison with other submarines

One unit of a nuclear submarine costs around US$2 billion

One unit of a diesel submarine costs around USD$ 500 million

One unit of fuel cell submarine costs around USD$ 500 million

The cost of a fuel cell and diesel submarine ends up being almost the same even though the fuel cell submarine has much lower environmental impacts and greater utility benefits.

Even though nuclear submarines are considerably more environmentally friendly, they still run the risk of an accident happening, which would have catastrophic effects. Diesel, as we already know, is not a green fuel, so anything that runs on diesel automatically contributes to a large number of emissions. So, considering all this, we can conclude that AIP submarines are the most environmentally friendly alternative as they have no emissions and no risks.

The first problem with FCEVs is the fact that they run on an exceedingly large amount of power. For context, the standard voltage needed to power a vehicle is 42V, but an FCEV uses upwards of 350V, which is more than enough to cause human death. Furthermore, this high voltage is in itself an electrocution hazard, which when combined with the fact that hydrogen is such a flammable fuel, makes it a huge safety concern as any electrical failure could very easily ignite the hydrogen and cause an explosion.

Secondly, storing hydrogen is cumbersome. For one, it has a very high volume, which makes it impossible to use as it is in a vehicle due to space constraints, so using it in compressed form is the only viable solution. But it has its own issues. For example, the pressure to store hydrogen is very high (3,600 psig, 5,000 psig, or 10,000 PSIG). Hydrogen cannot be stored in steel tanks due to its embrittling property. All of this combined makes it easier to leak and gather up, which could cause an explosion.

However, the future isn’t as bleak as it sounds. Extensive research has been done on the topic of safety concerning FCEV. According to researchers at the Hyundai and Kia Motors Mabuk Environment Technology Centre, the safety of hydrogen tanks concerning high pressure is comparable to that of CNG tanks. Furthermore, there hasn’t been a single case of an accident happening in an FCEV due to a hydrogen leak, as hydrogen immediately evaporates into the air during a leak. Therefore, the chances of leaked hydrogen combusting are extremely low. To add to all this, FCEVs are packed with multiple real-time sensors that detect the leakage of fuel from fuel tanks.

We know that the vehicles produce no carbon emissions, so technically speaking, they should be environmentally neutral, right?

No, technology might make it seem like there is no adverse effect on the environment, but that’s not the whole story. We also need to look deeper into the component that this whole article is about, hydrogen. Yes, hydrogen may not create any harmful emissions, but we need to look at how hydrogen itself is created!

Many times, in fact, most of the time, hydrogen is not produced in an environmentally neutral way. It is produced from coal (about 27 per cent) or other fossil fuels (more than 70 per cent of all hydrogen), which emit carbon dioxide and other greenhouse gases in the process.

Less than 1 per cent of hydrogen is produced in a climate-neutral way (by using electricity from a resource for the electrolysis), due to the lack of infrastructure and the fact that it is not cost-effective. Summing up, 9.3 kg of CO2 is produced per kg of hydrogen production which is a very disheartening estimate.

However, the conclusion remains that FCEVs are not completely environmentally neutral, but they are far superior to gasoline and diesel-powered vehicles, which emit a disproportionately high amount of pollution.

This is part 2 of the 4-part series on understanding Hydrogen.

Read Part 1 of the series ‘History of Hydrogen as a Fuel’ here.

Read Part 3 of the series ‘Use of Hydrogen in the Industry’ here.

Read Part 4 of the series ‘The many shades of Hydrogen’ here.

Snigdha Singh, a 12th grade student from Mumbai, is an intern here at CFA and is passionate about economics and finance.