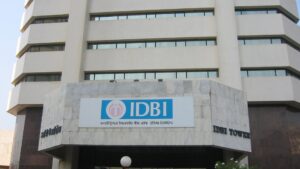 After getting independence in the year 1947, India adopted the process of planning for the economic development of the country. As soon as it became a republic, in 1950, the first five-year plan was launched. One of our initial priorities was Industrial development, which required investment in basic and infrastructure industries. For this reason, the Industrial Finance Department was established under the supervision of the RBI. However, after realising that these efforts were insufficient, a subsidiary of the RBI by the name of IDBI was established way back in the year 1964 by passing the IDBI Act of 1964. At the time, IDBI used to discharge the role of regulator for the banks and financial institutions that used to provide finance to the industries by offering credit to large projects in the form of project finance at a lower rate and also used to offer refinancing to the commercial banks at a lower rate. To focus its efforts, IDBI promoted SIDBI, a subsidiary that offers to finance and refinancing to small-scale businesses. At the time, RBI owned IDBI entirely; however, in 1976, ownership of IDBI was transferred to the Government of India, perhaps after it became clear that RBI, as a bank regulator, could not also own a bank because doing so would create a conflict of interest.

India decided to pursue a new economic strategy in 1991, and as a result, the Narasimhan Committee’s recommendations for financial sector reforms were carried out. One of the committee’s recommendations was to level the playing field, and in order to do this, all the favours given to IDBI in its capacity as a development banker were withdrawn. In 2003, IDBI was corporately incorporated and the IDBI Act of 1964 was repealed as a result. As a result, IDBI was transformed into a commercial bank and given permission to increase the number of its branches and accept deposits. When the IDBI Repeal Act of 2003 was being discussed, the then-Finance Minister, Sri. Jaswant Singh gave the Parliament the assurance that the Indian government would still hold 51% of the shares in IDBI. As a listed company, IDBI will therefore function as a government-owned bank. The government’s assurance was documented, and clause 4 of the articles of association’s heading “Authorized Capital” was amended to reflect this. In order to receive bailout funding, IDBI merged with United Western Bank, one of the top private sector banks, in 2006. IDBI Ltd.’s name was changed to IDBI Bank Ltd. in 2008.

Since the majority of Indian banking was in the public sector at the time, it was insulated from the global financial crisis that gripped the entire world in 2008. The economic boom lasted from 2008 to 2014. IDBI was one of many Indian banks that made significant loans to businesses during that time. This was followed by crises in steel, energy, mining, and other sectors. Combined with Supreme Court litigations in the coal, 2G spectrum, and other sectors, these led to significant NPAs in IDBI, but the regulator, the RBI, worked in collusion with the owners, the government, to suppress those potential NPAs by using corporate debt restructuring. During that time, cronies attempted to steal thousands of billions of rupees by using their influence in political lobbies. All of this led to the accumulation of significant NPAs in the banking system, which was revealed as a result of an Asset Quality Inspection conducted by the RBI at the request of Mr Raghuram Rajan, the then-Governor of the RBI. As a result, the NPA at IDBI, which was 6,450 cr in 2013 and rose to 55,588 in 2018, or 27.95%, forced IDBI to book losses over the course of five years from 2016 to 2020. As a result, the RBI imposed restrictions in the form of prompt corrective actions. Due to budgetary restrictions, the government was unable to infuse significant capital into the economy for an extended period of time. As a result, when presenting the budget for the year 2016–17, the government stated in the speech that it intends to dilute its stake in IDBI below 51%. This was followed by an amendment to IDBI’s articles of association, in which para. 4 under the heading “Authorized Capital” was deleted in 2016, and as a result, the government’s ownership of IDBI was transferred to LIC in 2018. Following that, on March 14, 2019, the RBI released a press release announcing that IDBI had been reclassified as a private sector bank and that the government had begun the privatisation of IDBI by selling its stake as well as the stake in the government-owned LIC.

Government policy has changed in the aforementioned process, exceeding the assurances made to the parliament in writing without adhering to the proper procedures, and as a result, there has been an abuse of the parliament. This is seriously against the Parliament’s authority.

The Indian Constitution guarantees socialism, the right to equality, which includes economic equality, as well as a decent life for all of its citizens. In line with this national movement, the country made a commitment to nationalising banks and insurance when developing its post-independence economic policy. The government must provide background information regarding how it plans to carry out the constitutionally mandated goals, which are, in all actuality, the foundation of the constitution. Therefore, privatising IDBI constitutes constitutional abuse. Parliamentarians should speak out against violations of their rights because the government has changed the assurance it gave them on the record while they were on the floor of the house. A reference in the budgetary speech can not substitute the parliamentary procedure. Nobody knows how effectively parliamentarians will exercise their role and responsibility in speaking out; as a result, the burden of speaking out has been transferred to aware citizens, who will need to rise to the occasion and take a stand.