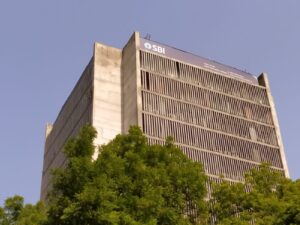 This is how banks run, they take deposits without providing any security and people deposit their money in good faith. Let us look at some figures from the State Bank of India.  to understand this.

SBI has a capital of only Rs 892 Cr and the reserves and surplus accumulated out of its profits are to the tune of Rs 2,79,196 crores. The total of its capital, reserves and surplus is only Rs.2,80,088 crores but the bank has deposits worth Rs 40,51,534 cr which is 1446% of its capital and reserves. This is what it uses for giving out loans and making a profit. All banks run with people’s money. Still, Public Sector Banks have an unwritten sovereign guarantee as they are owned by the government.

Our Constitution’s directive principles state, ‘promote the welfare of people by securing and protecting as effectively as it may a social order in which justice, social, economic & political, shall inform all the institutions of the nation.’ The Public Sector Banks are institutions which are the arms of the State. So they promote economic justice along with social objectives directed by the State. The private sector which is for profit maximization cannot be expected to do so and they have not done that in the past or present.

In fact, after nationalisation, public banks helped in capital formation through loans, they promoted the farm sector, industry and services and thus generated employment. They contribute 7.7% of the GDP.

The purpose of nationalisation was to ensure a better regional, sectoral and functional reach of institutional credit in India and promote equality.

Did nationalisation achieve its objectives? For a detailed take, read this article.

History of Banks in India

We must learn from history when we implement new policies. Let’s have a glimpse. In the year 1947, India inherited an unwieldy banking system which was weak, entirely in the hands of private industrialists and catering to only a small section of the society.

In the 60s cooperative societies were encouraged learning from the experience of France and other countries. Due to this, the share of rural credit went up to 20% in 1971 from 5% in 1960. They continue to play a major role by providing 15% of the total credit in the country.

As seen in the table below, India did pretty good in terms of social development, following the nationalisation of banks and other banking reforms done in the 60s.

The earnings of the top 1%  of the population came down from 21% in 1940 to 6% in 1990. While the earnings of the bottom 50% grew faster.  At the same time, the expansion of bank branches helped banking reach the interiors of the country.

These were remarkable developments which continued till 1991.

Beginning of the Destruction

With the Liberalisation Privatisation and Globalisation policies adopted under the Structural Adjustment Programme dictated by IMF and World bank, the destruction started.

Committees were constituted to recommend so-called reforms starting from Narasimham Committee to the P J Nayak committee. The summary of their recommendations was-

Due to the pressure of the Financial Stability Board along with IMF and World Bank, the Union Govt introduced a bill named Financial Resolution and Deposit Insurance Bill in Parliament. The bill paved way for the appropriation of bank deposits by converting deposits into shares/bonds and absolute power for a new authority. Unions and Associations led by AIBOC and people’s movements like Financial Action Network fought against it and it was withdrawn with a caveat that it will be brought back at the appropriate time. It’s like Democle’s sword hanging on the head of depositors.

At the same time the private bank, running just with the motive of profit maximisation failed miserably to generate any growth for the country.  For a detailed understanding of how was banking in the private sector before nationalisation, read this article.

From 2014- towards total destruction

The new Government started its privatisation plan with Gyan Sangham -A road map for reforms in January 2015. Mckinsey prepared a road map for privatization presented by Public Sector Bank chiefs. The meeting was attended by PM and FM. This was followed up every year as Gyan Sangham 2, Vichaar manthan, 1&2, Enhanced Access & Service Execution (EASE). Now Mckinsey has been substituted by Boston Consultancy Group.

At the same time, private banks are becoming foreign banks. Foreign shareholding in private banks has increased dramatically. See the data below:

While the private banks advertise efficiency, the public banks are the ones that are catering to the needs of the poorest in the country. Opening 97% of Jan Dhan accounts, pursuing govt schemes and giving out small credit, is possible only because of the public sector banks.

In spite of the social and financial importance of the public sector banks, the RBI and the government in recent times have created several troubles for the public banks. Let’s review some of them.

What needs to be done? 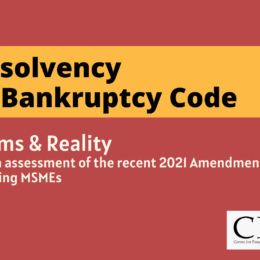