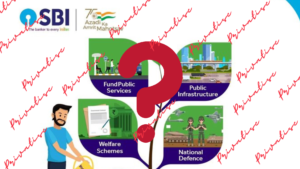 Arvind Panagariya and Poonam Gupta have come up with a demand that all public sector banks, except the State Bank of India, should be privatised. They argue for this based on certain parameters of performance which are relevant only for private sector banks. Public sector banks fulfil the objectives of the Constitution of India and the social goals given to them by the elected government. They are not for profit.

From January 2015 to August 2017, Panagariya was the vice chairman of the government think thank Niti Aayog. He is responsible for the economic downslide. Poonam Gupta is Director General of NCAER and a member of PMs’ Economic Advisory Council. The present board of NCAER has Nandan M. Nilekani as its chairperson. He is also responsible for the most abused UIDAI as well as the mess created by the GST software. The board also has Mukesh  Ambani, who may want to take over SBI in the near future, Rajendra S Pawar, Chairman, NIIT University and Member, PMS Skill Development Council, Surjit S Bhalla, Executive Director, IMF, Ashish Dhawan, Manish Sabharwal, Ajith Seth, Secretary, Economic Affairs, and Anil K Sharma. All of them are supporters of privatisation. Poonam is also responsible for the economic downslide as an advisor to the PM. It is anybody’s guess whether she advises the Prime Minister or he advises her.

Naturally, they support the private sector and want the privatisation of everything.

But this may be a strategy to privatise the largest Bank, SBI. The US Secretary of State had already demanded that SBI should be the first bank to be privatised, and other banks can follow. Even this report does not rule out privatisation. It only says at present it may not be needed as SBI is doing well like private sector banks.

This proposal is to hoodwink the SBI employees. If they are given the hope that SBI will not be privatised they will hesitate to jump into action. As they are the leaders in the banking industry and are the biggest trade union in the banking sector, their role in the struggle against privatisation is important. But they are also mature enough to understand the game plan of the government. They have already rejected the report.

While the next week’s article will dissect the report in detail, this article focuses on SBI.

At the recommendations of McKinsey, SBI has obtained permission for one more subsidiary called ‘Operations Support Subsidiary’ to reduce the cost-to-income ratio. That means this subsidiary, which will do regular banking service, will have contract employees or apprentices or staff with different service conditions, which may also be out of the reservation policy. They will not be allowed to join the Unions and Association.

Naturally, Arvind Panagariya and Poonam Gupta will be happy.

The share of the present government in SBI is only 56.92%. So it is easy to privatise. Its biggest borrowers, Ambani or Adani, can take over the bank with the backing of Foreign Financial Institutions or Foreign capital. Its market capitalisation is high. So selling 7.92% will fetch a huge sum for the government which is going bankrupt as per indications.

There are many public sector banks consistently doing better than SBI based on the same parameters used by the duo. A presentation of DFS to public sector bank chiefs indicates this. SBI has entered into co-lending agreements with too many NBFCs, including Adani Capital, who will become brokers and add more NPAs. SBI has written off 1.45 lakh crores to big corporates since 2014.

There is a disconnect between SBI branches and its subsidiaries, leading to customers’ unhappiness, especially those who are using SBI Life policies thrust on them and the SBI Cards holders. SBI earned 62,188 crores through insurance premium income but spent 69,706 crores on the insurance business. Despite that, cross-selling these products is the order of the day, which has made customers and employees unhappy.

SBI has spent Rs 2,693 crores on advertising and publicity, which is not needed if it provides better service with more employees. HDFC is doing that.

Operational expenses on SBI Cards are Rs 2,945 crores, which is high. Other costs total Rs. 19,988 crores. The per-employee profit has climbed to 1,292.72 from 645 in the last 10 years. So there are other ways to reduce operational expenses than starting a subsidiary.

SBI has made a huge profit of Rs.31,676 crores. Should a public-sector bank have only profit as its goal?

SBI has vast reserves in the pension fund but refuses updation of pension and 50% of last drawn pay as pension.

Despite a Delhi High Court order of 2017, SBI has not sent its recommendation to the GOI for appointing an Officer Director and an Employee Director.

So it appears that SBI is going the private bank way.

The aim of this Panagariya and Poonam duo is to create confusion and prevent agitation in SBI. But the facts are facts and cannot be hidden for long.