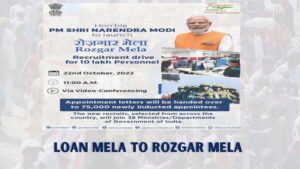 The major recruitment will be in

Why 2,64,706 civilians are needed in defence is unknown! Again, why, 1,43,536 in Home Affairs? Are they going to be policemen? Lower Division Clerks will be recruited at the grade C level, with postgraduates, doctorates, and engineers competing.

The BJP manifesto of 2014 promised 2 crore jobs per year. So by now, they should have provided 16 crore jobs. Instead, only 10 lakhs are promised in the next 16 months. This is 0.625 percent of the total amount promised.

As per the 7th Pay Commission report, there were 52 lakh employees, including 14 lakh defence personnel. By 2014, it came down to 40.66 lakhs; by March 1, 2022, it had come down to 34.65 lakhs. That is a reduction of 17.35 lakh employees during the BJP rule. Now they have promised just 9 lakhs in 16 months. That will not even fill up existing vacancies. There should have been a 10% increase per year, or 46.6 lakh jobs in the union government alone, excluding railways, banks, and public sector enterprises. So the union government alone could have created 63.95 lakh jobs. The public sector could have created more, including railways and banks. With the private sector joining in, 16 crore jobs in 8 years were feasible, but that too was not done. Instead of recruiting 63.95 lakh employees, they are going to recruit only 7 lakh, and that too with much fanfare, by conducting “Rozgar Melas”.

In Chennai, the Finance Minister and the General Managers of ICF and Railways were at the function. Surprisingly, the State BJP President was also on the dais, making it a party function. No elected representatives were seen on the stage. Similar events must have been held in other states, with BJP leaders sitting as VIPs. This is against the rules and practices. In Chennai, only 450 appointment letters were issued, out of which 200 were for people from other states, whereas in UP, 16000 were issued, reports the media. There is a huge lack of transparency about the appointments, which demands detailed fact-finding.

Is the BJP recruiting its cadres into the government now? Is recruitment free and fair? Why is the party involved in this? To give an example, there is recruitment for labour officers with no written test but just an interview. Is it to recruit their party people?

The Loan Melas for PM Svanidhi loans and PM Mudra loans have already become political functions. Many of these borrowers say that loans need not be repaid, while the NPAs of the banks keep mounting. Only the credit guarantee scheme may save the banks to some extent.

But Rozgar Mela is a total scam. The government is not even filling up the existing vacancies. It has broken the tall promises of employment. And it has converted the routine job recruitment that had been occurring for 75 years into a political weapon. This is a ploy to recruit party cadres while showing to the people that the BJP is giving jobs. How long can they hoodwink the people? 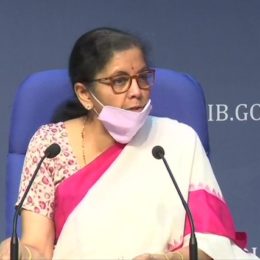