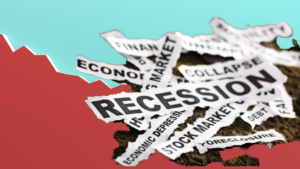 Contrary to the claims of the Finance Minister, India is in recession. Even the RBI agrees. Inequality is on the rise. From jobless growth, we are in ‘job loss’ growth. Study after study confirms it. OXFAM India Report 2022 on inequality stated that 84% of households suffered a decline in income, whereas the number of billionaires increased from 102 to 142. While 4.6 crore Indians fell into extreme poverty, the wealth of the billionaires rose from Rs. 23.14 lakh crores to Rs. 53.16 lakh crores. The report suggested that a 1% surcharge on the richest 10% amounting to Rs.7.6 lakh crores will be enough for investments in school education, universal healthcare and social security benefits like maternity leaves, paid leaves and pension for all Indians. That will ease the worsening inequality to some extent.

The Credit Suisse report stated that median wealth in India was 50% of the global median in 2000 which has fallen by 41% in 2021 whereas in China it has increased by 338%. The wealth inequality for India is 82.3. See the table below.

Another study tracking inequality—World Inequality report 2022, termed India as a poor and very unequal country that has an affluent elite population. It stated that the bottom half of India’s population earned an average annual income of Rs.53,610 while the top 10% earned 20 times higher -around Rs 11,66,520. The Finance Minister has termed the report flawed and methodology questionable, but she doesn’t have any figures to disprove it. The CMIE report on unemployment shows it as 7.8% – 8.7% in urban areas and 7.3 % in rural areas. Between 2017 and 2022 the labour participation rate has come
down to 40% from 46%. About 2.1 crore women have quit their jobs, leaving only 9% of the eligible women population employed or looking for positions.

At a recent seminar in Delhi organized by CFA renowned economist, Dr Prabhat Patnaik offered solutions for the crisis. The economic situation of the world was at its worst during the 1920-40 period, with the Great Depression (1929-1939) and a World War preceding and following it. Today we have the Russia-Ukraine war setting in stagflation. The Indian economy was already in a down sling before Covid-19 and Ukraine War. Dr Prabhat Patnaik said capitalism has no solution. Only the Governments can find one. There are two ways. One is to increase government spending even if that will increase the fiscal deficit.  In fact, after the great depression, a spike in government spending helped. But today it is not acceptable to global finance architects. The other way is to tax the rich.

The United States does not have these constraints of global finance because it is its home base. If the US increases its expenditure, the impact will be felt across the globe. But they don’t want to stimulate the world economy or the US economy. Neither G7 nor G-20 wants it. Inflation is held as a constraint for such a stimulus. And they find a panacea for inflation in increasing unemployment, their only solution to reduce demand!

If we confine ourselves to such neoliberal ideas, there will be no solution in the near future. The rise of interest rates in the US helped money to flow into the country. Depreciation of the other currencies (including the Rupee) is one of the results. Already, 10% depreciation of the rupee has happened this year. Which will spike the import bills, accelerating the impact of the recession. Export-led growth was given as a solution. But it has its limits. The alternative is consumption-led growth, for which the government has to step in stimulating social expenditure like free education and free healthcare. Dr Prabhat Patnaik suggested 5 fundamental rights.

1. Right to Food – Food made available to all
2. Right to Employment – By providing a living wage
3. Right to National Health Rights.
4. Right to Free Education up to at least Higher Secondary Level.
5. Right to Pension – A minimum pension of Rs.3000 to all.

All these are not the generosity of the State. It is the right of the people. And from where will the money come? By increasing taxes on the super-rich, up to 7% of the GDP can be mobilized. Levy 1% tax on the top 1%. Introduce an inheritance tax of 30% for 1% of the rich. Both these together can bring in 7% of the GDP.

More food grains will be needed. So strengthen agriculture, small production, and MGNREGA. Prabhat Patnaik cited an example from one of his studies which was conducted in Kerala, where income earned through MGNREGA was used by women to purchase grinders. This helped to increase grinder production which generated employment.

Another is more control over the use of foreign currency.  Dr Prabhat Patnaik recollected that during his college days, it took 6 weeks to get just 3 pounds (about Rs. 294 as per current value) to carry abroad a student. He insisted that State control is needed. Trade and capital control strike at the root of neoliberalism. This is not going to be easy because of class opposition from the big business. A large section of the middle class will oppose the State’s spending for the poor. Advanced countries will also oppose it. But with the support of workers, peasants, artisans, fishermen and small businessmen, we can do it, says Dr Prabhat Patnaik.

I would also like to suggest a new fundamental right. Right to avail credit. If the 60% of people at the lower end of the income slab get credit, they will invest in small industries, cottage industries, handicrafts, small trade, small-scale agriculture, agro-processing, fish trade, fish processing, service sector etc which will create employment, increase expenditure and will improve the economy.

There are definite ways. But we need a Government which has the will to get out of neoliberalism.