Will the success of the Amazon workers boost us to overcome our own challenges? 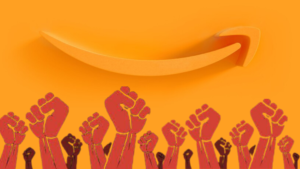 A truly historic development took place in the US earlier this month which has attracted little attention in India. The workers of tech giant Amazon’s New York warehouse forced the second-largest employer in their country to recognize the right to form a trade union, thereby legitimizing their right to collective bargaining and protection against exploitation, against heavy odds. The tech giant is long known for its bad labour practices.

The US HuffPost reported that Amazon paid about $4.3 million to anti-union consultants to foil the workers’ attempt to form a union last year (2021) alone. It accessed the company’s disclosures to the US Department of Labour to substantiate its charges. It quoted a study to say that in the US a few companies do spend over $1 million on anti-union consultants for this, but such spending is usually over several years, unlike Amazon.

This victory has far-reaching consequences not just for the US but all over the world, including India, because at least symbolically, it means a reversal of the trend that gained particular force after the neoliberal era began in the 1970s. Ever since then, workers’ rights and their collective bargaining powers have been seriously jeopardized by undermining their trade unions.

Weakened unions and precarity of workers

Sufficient literature exists to show that weakened trade unions and collective bargains have worsened the precarity of workers, including arbitrary hire-and-fire, lower wages and lack of job and social security, all over the world. After all, it is the worker’s unions that negotiate the working condition of workers and protect their rights.

The situation in India is not different.

Navin Chandra, a former senior fellow at the VV Giri National Labour Institute, says multiple factors led to the weakening of trade unions in India right after the Independence in 1947. Four key ones are: (i) multiplicity of trade unions (ii) greater freedom to the industry in the name of industrial growth in the post-reform era of 1980s and the liberalization of 1991 by undermining the role of unions and workers’ collective bargaining power (iii) the Supreme Court’s siding with the government and employers, instead of workers (the underdogs), in the post-reform/liberalized era and (iv) legal changes increasing the threshold of workers to form unions.

This was despite the fact that Chandra pointed out, trade unions played a significant role in the fight for the independence and were united in their fights.

About the last point, which is specifically about trade unions, here are two stiff conditions that have been incorporated in the new Industrial Relations Code of 2020 over the functioning of trade unions. These are: (i) no trade union shall be registered unless at least 10% or 100 workers of an industrial establishment are its member and (ii) in case there are more than one trade unions, only the one with 50% or more workers shall be “the sole negotiating union”.

These are difficult conditions to fulfill and are aimed at weakening, rather than strengthening, workers’ rights and protections.

In all, four new labour codes were passed beginning with 2019. All are anti-worker and pro-employer in intent and together they weaken the workers’ rights: (i) by increasing the threshold for protections against arbitrary hire-and-fire and health and safety of workers (ii) effectively banning strikes (a tool to enforce rights) (iii) minimum wage provisions leave out millions of workers (iv) don’t ensure equal-pay-for-equal work (vi) promise social security to informal workers but is not universal, leaving millions out of it and without concrete plan and funds (vii) encourage temporization of work by promoting and introducing a new category of contract workers and (viii) dilute oversight mechanisms to the point of irrelevance.

The ILO has repeatedly drawn attention to the significance of trade unions in India, specifically in suggesting policies to enhance wages and collective bargaining so that wages grow in tandem with labour productivity. That is because it said Indian workers are increasingly denied their share of productivity growth and profits. These suggestions have been ignored.

There are two key reasons why even in future, the trade unions and workers’ rights would continue to be hurt.

These are not ideal conditions for the overwhelmingly large informal workers and a very high proportion of temporary/casual workers in the formal sector to even contemplate setting up unions and mounting a fight for their rights.

This was evident during the two-day national strike by workers from across sectors in the last week of March this year. The strike was against privatization of PSUs, protection of their rights diluted in the new labour codes, better social security etc.

Do you even remember it? This was less than a fortnight ago and is already forgotten because the nation-wide strike had no impact. There have been several such strikes in the past two years. One of the key reasons for their failure was the weak trade unions that have failed to mobilize workers and sustain their protests. This is despite all the leading political parties in the country – from the right-wing BJP to the left-wing CPI/CPM and centrist Congress – having their trade unions across the country and all of which have a common cause.

But they protest separately. For example, the right-wing trade union Bharatiya Muzdoor Sangh (BMS) mounts its separate protests, refusing to participate with others by saying that the others (Congress and Left-led) had refused to join its protests in the past. That is what Chandra was pointing at (multiple unions, divided in action).

Given the universal appeal and dominance of neoliberal economic policies promoting private business interests, which by the very definition of it is anti-worker, it is tough to form or run effective unions and protect and promote workers’ right not just in India but worldwide and the Amazon example just showed it.

Here is an interesting instance of how neoliberalism hurts workers’ interests.

In October 2021, Prof David Card got the Nobel Prize for economics for a study (along with Prof Alan Krueger) conducted in the early 1990s but remained virtually unknown and unacknowledged until then.

The study demolished the neoliberal myth that high wages for workers are against the workers’ interests, as they cause high unemployment. The neoliberal logic is that higher wages raise input costs and make products and services costlier, which in turn, lowers consumption demand forcing companies to cut production and hence, forced to sack workers.

The Nobel laureate’s study, titled “Minimum Wages and Employment: A Case Study of the Fast-Food Industry in New Jersey and Pennsylvania”, showed that is patently false. They studied before and after the minimum wages were raised in the fast-food restaurants of New Jersey in 1992 and compared those to eastern Pennsylvania where there was no such raise. The study found “no indication that the rise in the minimum wage reduced employment”. It was found that the rise in cost was passed on to customers. Besides, when checked for changes in teenage employment rates in New Jersey, Pennsylvania, and New York in the year following the increase in the minimum wage, it found “a relative increase in employment of low-wage workers in New Jersey”.

More shockingly, while this study existed all along since the early 1990s, it remained virtually unknown to the world for 30 years!

Imagine, had this been known earlier, the dubious neoliberal construct of high wages causing high unemployment could have been challenged for 30 years, but that wasn’t the case. It was the Nobel Prize of 2021 that drew attention to the very existence of it.

Soon, however, Card’s study would be relegated to history (if not already) and there would be none to challenge the neoliberal absurdities.

That is why Amazon’s workers’ union is all the more significant. 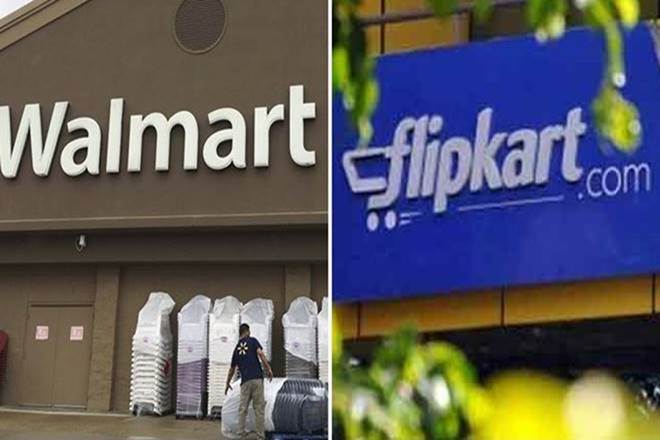 I am glad this issue of the lackluster performance of Indian trade unions was brought up, especially of those which claim to be left-leaning.

Grateful that the anti-labor laws passed in 2019 were mentioned – the failure of Indian organized labor to meaningfully intervene during the migrant workers’ crisis during the first lockdown is shameful, to say the least.

And yes, the “historic” strike from just about a week ago reminds us what a lot of hot air our unions’ claims are.

The victory of the Amazon union must be seen against the larger backdrop of union organizing in the capitalist center of the world, the US. There have been smaller steps and achievements in workers’ rights which have all led to the momentum for the Amazon organizing, which has been long in the making.

Starbucks workers gained unionization rights first in Buffalo, NY and then at a few other locations. The fight for $15 wages has managed to at least bring in conversation about living wage on the table. Strong teachers’ unions who remained active during covid-time manipulations have been beacons of hope. New York has been locked in heated battles to get taxi-drivers some justice in the era of Uber.

Domestic Workers and Health Workers right have been constantly been advanced and championed by union leaders like Ai Jen Poo. There is constant churn and there are constant confrontations between management and workers. University janitorial and kitchen staff have been organizing and pushing back all across the US. many of these are smaller efforts which are at times backed by the bigger unions like SEIU, AFL-CIO etc. But crucially, local organizing is still alive and vibrant in the US.

It appears that India’s neoliberal sweep has made the rights of labor just an inconvenient topic and a pushover at the bargaining table. Given the contractualization of labor in India, the precarity does not seem to be the concern of the more established unions.

So, sectors such as construction and even services keep fragmenting the labor pool and its ability to organize.

Amazon workers too have been contractual that is why it is important to see how the organizing proceeded among immigrant and black workers.

But one thing for sure – all such organizing is about real survival and dignity issues – a decent wage, decent working conditions, collective bargaining etc. There is no place for a frozen ideology to dictate any revolutionary take over of/by classes. That shift might happen eventually – more and more unions in the US speak a language of labor empowerment – but they keep the eyes on the prize. One step at a time.

Unfortunately Indian unions seem to be composed of too many pseudo-intellectuals who keep ruing the takeover of labor practices by a right-wing government. They do not seem to have a pulse of the working class. They also do not seem to have any understanding of the complete neoliberal and so-called new-economy narrative that is sweeping an India of unicorns and startups. No analysis as to what such an elitist model of development is doing and how the common people’s wellbeing is nowhere in consideration among the creators of endless startups promising 10-min grocery deliveries and A2 milk.

A big corrective is surely needed before the unions are completely irrelevant and like the social re-engineering effected by the current government, labor re-engineering is also a done deal.