India’s vulnerability stems from two sources: rapid debt expansion that has increased the volume of doubtful debt and encouraged excess debt exposure in a set of corporates. And increased exposure to dollar debt, partly because of investment by foreign portfolio investors in debt markets and due to direct borrowing by corporations seeking to benefit from low international interest rates

“The turbulence that hit global stock markets last February, causing much fright and a paper loss of $4 billion, was a reminder that the next big financial crisis may be just around the corner,” said Prof Walden Bello at the conference on ten years of the 2008 global financial crisis.

“The current indicators show that the world again is skating on thin ice,” the International Adjunct Professor at the State University of New York and the author of the upcoming book ‘Paper Dragons: Why Financial Crashes Happen and Why China May be Next (2019)’ asserted. To substantiate his argument, he stressed that the big banks that were rescued by the US government in 2008 because they were seen as too big to fail have become even bigger; there is continued trade of mortgage-backed securities (MBS) and other products that triggered the 2008 crisis; ownership of the estimated $100 trillion of the institutional investors’ money in 20 funds continues; and, lastly, there is an increase in global debt to $325 trillion, more than three times the size of global GDP. 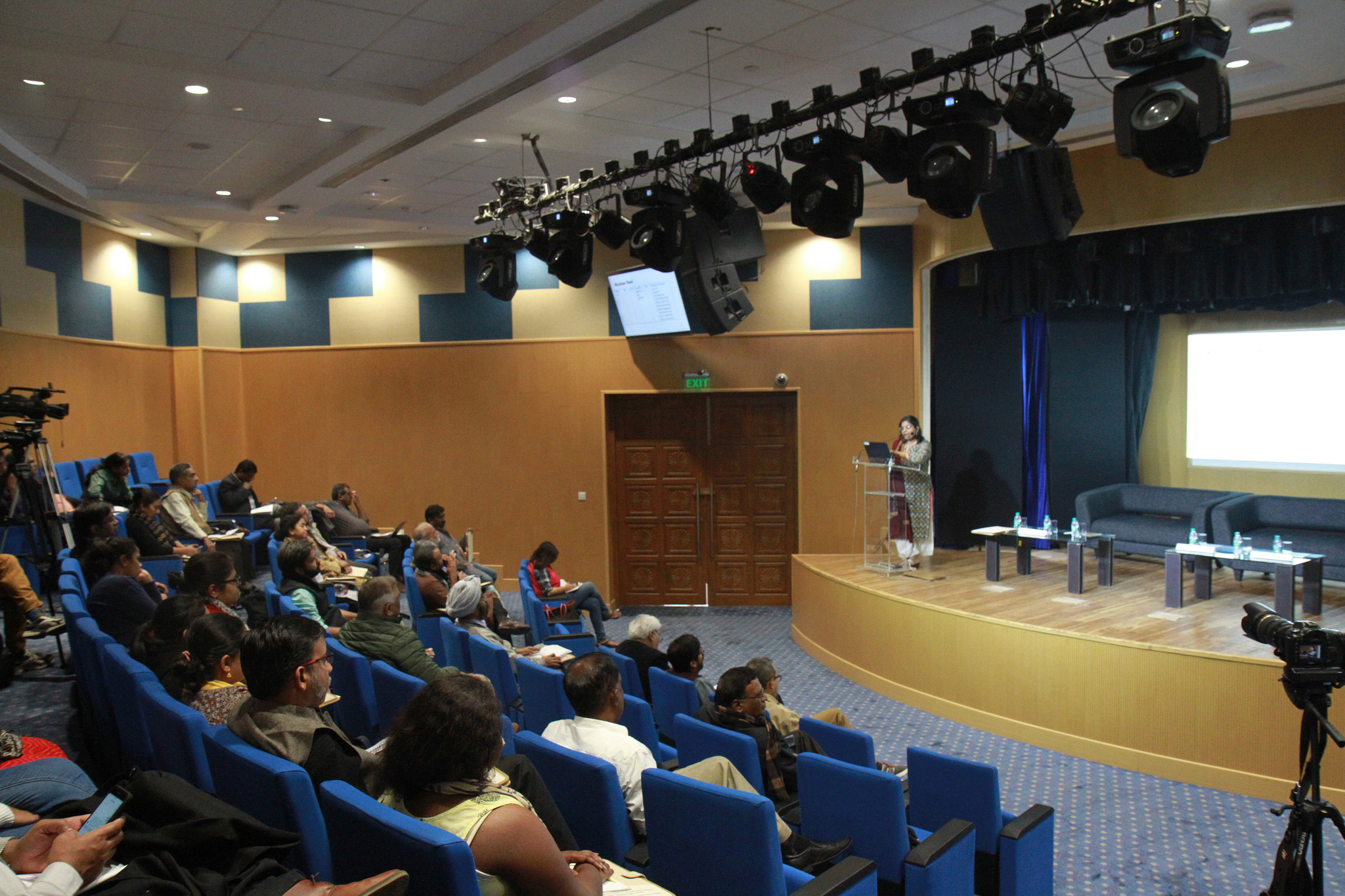 The two-day conference, which was organised by the Centre for Financial Accountability (CFA), Focus on the Global South and the Economic Research Foundation, was addressed by a host of eminent economists, political-economists, bank union activists, bankers, and financial journalists. Some of the key speakers were Dr Sabri Oncu, former Senior Economist of UNCTAD, Prof CP Chandrasekhar and Prof Jayati Ghosh from the CESP/SSS, JNU; Thomas Franco, former General Secretary of All India Bank Officers Confederation, PS Rawat, former Executive Director of the Canara Bank, Devidas Tuljapurkar, former board member of the Bank of Maharashtra, eminent journalists Sucheta Dalal and Paranjoy Guha Thakurta, among others.

Speaking on the new vulnerabilities and similarities in the current scenario in Turkey and India at the conference, Dr Sabri Oncu said governments cannot run an economy without large foreign currency debts, a large chunk of which belongs to the non-financial corporate sector. He stressed that a large part of the non-financial corporate debt is owed to the domestic banks, thus, increasing the fragility of domestic banks.

Speaking on the Indian context, Prof Chandrasekhar said, “India’s vulnerability stems from two sources: rapid debt expansion that has increased the volume of doubtful debt and encouraged excess debt exposure in a set of corporates. And increased exposure to dollar debt, partly because of investment by foreign portfolio investors in debt markets and due to direct borrowing by corporations seeking to benefit from low international interest rates.”

The conference, which was organized to mark a decade of the global financial crisis, also deliberated on the experiences of the countries that faced the 2008 economic crisis, impact of the banking architecture on economic stability and peoples’ economic security, and Indian the banking system, which was relatively insulated from the 2008 crisis, but is in deep crisis today.

Prof Jayati Ghosh, speaking on the problem posed by shadow banking, flagged that the lack of regulation allows risky behaviour in search of higher returns. She argued that the linkages of shadow banks with banks and publicly-run institutions can trigger a chain reaction thus impacting other institutions. Citing an example of the default of the IL&FS, she said that it indicates the potential systemic damage that can be caused by a single institution. She further stressed that when shadow lending is concentrated in particular sectors like housing and real estate it can create bubbles.

In the same session, journalist Sucheta Dalal said that people are being let down by poor supervision by the regulators. Giving examples of multiples scams in the last 30 years, she raised the credibility and accountability of the regulators, auditors, and credit-rating agencies. She asked that how did a company like IL&FS manage to get AAA rating by the credit rating agencies? 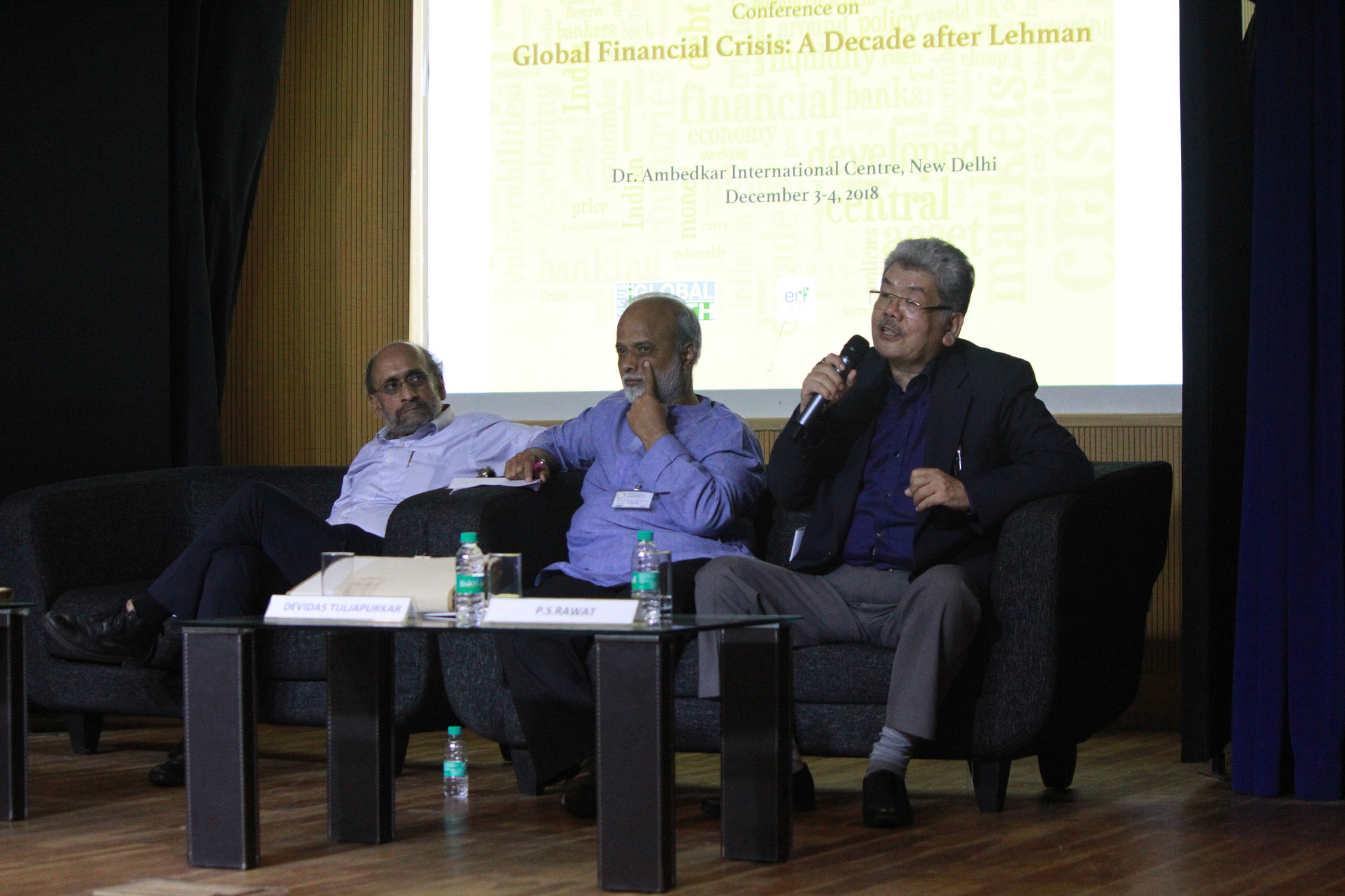 While also raising the accountability of regulators, auditors and credit rating agencies, Thomas Franco, former General Secretary of the All India Bank Officers Confederation, PS Rawat, former Executive Director of the Canara Bank, and Devidas Tuljapurkar, former board member of the Bank of Maharashtra, underlined the importance in making promoters of willful defaulting companies and the bank management legally responsible for the loans. They asked, how can the banks sanction loans worth thousands of crores without doing due diligence and keeping collaterals? They also pointed out that the even after willfully defaulting, the promoters choose to seek loans for other projects.

In his presentation, Franco also mentioned the charges levied by banks on maintaining a minimum balance, and for using ATM cards, chequebooks etc. to reduce their losses. He suggested that various bank unions and civil society organisations must protest against these measures as they hurt the poor the most.

Speaking on the Financial Stability Board’s push for the resolution of the stressed companies, Dr Meera Nangia, professor of Commerce in Delhi University, analysed the ‘haircut’ that lenders had to take after the lenders approached the National Company Law Tribunal for the insolvency resolution. Citing the example of Alok Industries, in which the lenders had to take 84 per cent haircut, she asked as to how can this be allowed when promoters are personally wealthy, and expenses on rentals to sister concerns are being met.

A detailed report on the conference will be published soon.