Another inversion took place, high frequency data it uses for GDP estimation shows high-end car sales overtook low-end and mid-segment cars in FY22 and continue to do so in FY23 (April-October 2022) 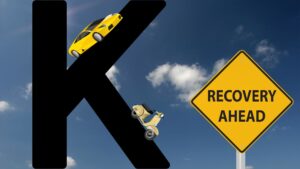 Nearly a month after Maruti Suzuki chairman RC Bhargava raised a stink by saying that people’s ability to buy small cars has eroded and would continue to decline next year and national dailies reported that high-end SUVs are powering car sales this year, the RBI woke up to the stark reality of a K-shaped recovery and rising income inequality.

In its latest monthly analysis of the state of economy, released last Friday, the RBI acknowledges this inversion in car sales, saying that the sales of automobiles were “propelled by demand for sports utility vehicles (SUVs) and mid-segment cars” in October and that the sales of entry level cars “reversed” to below pre-pandemic levels. Its October analysis had merely mentioned that “pent-up” demand and easing of chip shortage had “elevated” automobile wholesale to an eleven-month high in September, leading to “normalization” of sales for the entry-level car. Its September analysis had skipped the subject altogether.

This is surprising because automobile wholesale is one of the high-frequency data the RBI uses as a matter of routine for its economic analysis and GDP estimations and hence, it should have known what is happening in the auto sector for a long time. Contrary to its complicated presentation on automobile wholesale, the details provided by the Society of Indian Automobile Manufacturers (SIAM), which the RBI also uses for its analysis, are simple and crystal clear.

Going by the current numbers, the sale of passenger vehicles or PVs (which include PCs, UVs and vans) in FY23 may well touch or even surpass FY22 level, but that is far from being satisfactory. In FY22, the total PVs sold was 30.7 lakh units – far less than 33.8 lakh in FY19. In the eight months of FY23, the sale of PVs was 72.6% of FY22.

In fact, there has been a marked and sequential decline in total automobile sales (PVs, commercial vehicles, two and three-wheelers etc.) after FY19 – pointing to long-term distress in the economy. The total auto sales fell by 33.3% in FY22 (from 2.6 crores in FY19 to 1.8 crores in FY22). Assuming that sales would touch or surpass the FY22 level, it would still be far from reaching the pre-pandemic level of FY19 (2.6 crores).

The sale of two-wheelers is another indicator of the financial health of poorer sections.

The SIAM data shows, this segment too has had a dramatic decline in sales since FY19 – indicating pre-pandemic distress. As against 2.1 crore units in FY19, the sale of two-wheelers fell to 1.3 crore units in FY22. In the first eight months of FY23 (April-October), only 0.99 crore units were sold (74% of the FY22 sale).

The skewed auto sale trend shouldn’t surprise, rather it reflects a sharp rise in inequality – the rich are getting richer and the rest poorer notwithstanding the pandemic crisis or the looming global recession.

Last month, German luxury carmaker Mercedes-Benz reported a 28% rise in sales in India during January-September 2022, surpassing its sale for the entire year of 2021. It also said there was a high demand for its top-end vehicles like GLS Maybach 600, Maybach S-Class and S-Class, while the long wheel-base E-Class remained its single highest-selling model during January-September 2022. This is a global phenomenon too. Despite high inflation, tightening interest rates and the rising threat of recession the worldwide sales of Mercedes and other super luxury brands like Louis Vuitton, Christian Dior and many others continue to register a sharp rise in sales.

What do these trends tell, and how are those relevant for policymakers in India?

A few conclusions are obvious: (a) the economic distress is pre-pandemic (b) the recovery from the pandemic is partial and skewed and (c) the income gaps between the rich and the poor, urban and rural areas are growing. Recently, a household survey by UBS Securities India found that the top 20% of people account for the bulk of discretionary consumption and that the rest are yet to recover from the pandemic crisis.

Instead of persisting with its estimate that India would register 7% growth in FY23, as the latest bulletin does, the RBI should take a good look at 17% contraction in exports in October 2022, for the first time in two years, continuing tightening of interest rates in the US and Eurozone and the growing global recession threat to recalibrate its growth estimates. It should also stop gloating over a rise in credit outflows (as it does in its latest bulletin) and recognize that credit outflows inverted in FY20 for large industries and in FY21 for industry as a whole as personal loans overtook them – which is not a healthy sign of investment in the economy. 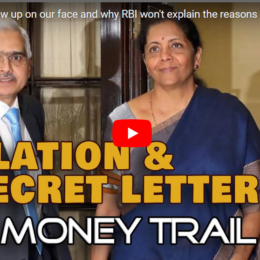