The Socio-political environment of the second half of 1960s reflected a sense of disenchantment in the growing inequalities spawned by the development process–a sense which was highlighted by a series of studies such as the reports of monopolies inquiry commission and Mahalanobis committee on distribution of income and levels of living (1964). R.K. Hazari submitted a detailed report to the planning commission in September 1967, wherein he stated “so long as many of the major credit institutions, are under direct control and/ or influence of big industry and unless the linked control of the industry and bank in the same hands is snapped, by nationalisation of banks, reducing concentration of economic power with a few was not possible”.

Besides interlocking of influence and interests which was a bane of the banking system then, the actual operations of banks were characterized by serious inadequacies. First, the coverage of the branch network was unduly low compared with the size of the population-an average of one branch office per 65,000 people, whereas the developed-country norm was one branch per 8,000 people.

Second, the urban orientation of the banking system was blatantly obvious. At the end of June 1969, there were just about 1,832 (22.2%) out of 8,262 bank branches located in rural areas. Even this spread was achieved because of the accelerated branch banking policy adopted by the State Bank of India, which operated 629 branches in the rural areas.

Third, concentration was excessive even in urban areas. As of April 1969,there were 617 towns without any commercial bank branch, of which 444 towns were not served by any bank at all. The five metropolitan cities of Bombay (now Mumbai), Calcutta (now Kolkata), Delhi, Madras (now Chennai) and Ahmedabad accounted for as much as 46 per cent of total bank deposits and 65 per cent of total bank credit at the end of 1967.

Fifth, the financial stake of the shareholders in banks was almost negligible. For major banks, paid-up capital had constituted just about 1% of total bank deposits.

Finally, professionalisation of the banking cadre and the system of training for that left much to be desired resulting in a serious shortage of trained, qualified and experienced professional managers. Overall, an essential feature of the banking system appeared to be financial exclusion.

A Decade Of Efforts Before Nationalisation

The decade 1955 to 1965 saw a series of steps towards building a strong institutional structure for promoting medium term and long term loans for industry and agriculture through the public sector. These include setting up of an Industrial Finance Dept within RBI in 1957, administering a credit guarantee scheme for small scale industries in July 1960 and promotion of many industrial credit institutions. In 1955, Industrial credit and Investment corporation of India was established. In 1958, the refinance corporation was set up. In 1964 Industrial Development Bank of India and Unit Trust of India were promoted. RBI also set up the National Industrial Credit (Long term operations) fund from the year 1964-65. In the sphere of agriculture credit, two funds were set up in 1955 called the National Agricultural Credit (Long terms operations) fund and the National Agricultural Credit ( Stabilisation ) fund. Later, from out of the profits of the RBI to support the co-operative credit structure and the agriculture refinance and development Corporation was set up  in 1975.

In many countries in Europe, banking development in the post-war years was noteworthy as it took account of the vital differences between banking and other industries. Recognising the sensitive nature of the banking industry, many countries with predominantly capitalist economic structures thought it fit either to nationalise their banks or to subject them to rigorous surveillance and social control. France, Italy and Sweden were typical examples in this respect.

Thus, the environment, motivation and rationale for the nationalisation of banks existed and justified the action in 1969. The declared objectives of nationalization were:

It bears noting that public ownership of banks serves a number of overarching objectives. By subordinating the profit motive to social objectives, it allows the system to exploit the potential for cross subsidization, to direct credit to targeted sectors, despite differential costs, and disadvantaged sections of society at differential interest rates. This permitted the fashioning of a system of inclusive finance that could substantially reduce financial exclusion. And by giving the state influence over the process of financial intermediation it allowed the government to use the banking industry as a lever to advance the development effort.

In particular, it allowed for the mobilization of technical and scientific talent that could deliver both credit and technical support to agriculture and the small scale industrial sector. This multifaceted role of state-controlled banking was also conceived to be a supply-leading one with emphasis on building a financial structure in anticipation of real sector activities, particularly in underdeveloped and under-banked regions of the country. In the circumstances, any attempt at significantly altering the deployment of commercial bank credit required purposeful action on three fronts:

The nationalisation of banks was expected to vastly speed up branch expansion; help mobilize deposit resources from all parts of the country and from all sections of the people; meet diverse production needs irrespective of size, assets and the social status of borrowers; create fresh opportunities for backward areas; and finally, ensure that large borrowers did not have more  access to the resources of the banks than was actually required for productive use and to prevent the use of credit for speculative and other unproductive purposes.

Nationalization was aimed at redressing these inequities. Banks needed a license from the RBI if they wanted to open a new branch. After nationalization, branch expansion was deliberately directed towards previously unbanked or under-banked rural and semi-urban areas. In 1980 six more banks were nationalized.

Hence nationalisation of banks was absolutely essential. There was strong opposition from the Industrial houses, the super rich, the Jan sangh- the earlier version of Bharatiya Janata Party and a section within the Congress Party. The left, socialists and the common men and women supported it. AIBEA, the only trade union in the banking industry, also supported the nationalisation move. The Supreme Court also ruled in favour of the same.

Were the objectives of nationalisation achieved? 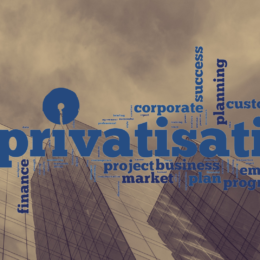 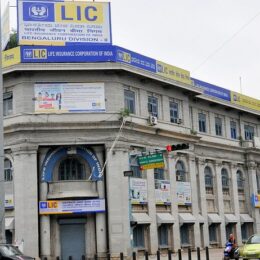 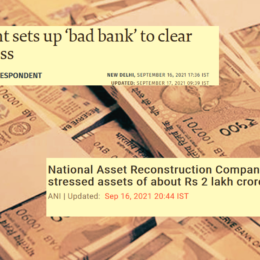 Are Bad Banks here to Save the Corporates?