Institutions do not become public only because of ownership by the state. They should serve the people at large who are the real owners. While nationalising banks, the purpose was not to earn profit but to serve the large masses. The banking shifted from class banking to mass banking. Slowly after 1991 the situation has changed. Let us look at few factors which indicate that the public sector banks are becoming private through dubious means supported by the RBI and the government of India.

Now many of the banks are promoting private companies in the field of insurance, funds management etc. For example, the biggest bank, SBI has the following subsidiaries.

The service condition of staff in these subsidiaries are different and often much more than what regular employees are paid. Why should banks divulge into areas which are not really banking? Secondly why should they be junior partners in companies where they have less than 51% shares? Is it not changing the character of the public sector banks?

2. Board of directors – officer and workmen

When the Nationalisation Act was discussed in parliament, socialist leader Mr. Madhulimayee proposed an amendment saying that employee participation should be mandatory and they can also play a watchdog role. Mrs. Indira Gandhi accepted it and public banks had a workmen director representing the majority union of workmen and an officer director representing majority Association of Officers from 1970. Unfortunately from 2014, the government has not appointed any of them and from 2018 all posts are vacant. In spite of a court case filed by AIBOC at Delhi High Court, in which the court has directed to appoint them under its watch, in 2018, no one has been appointed so far. Hence the public character of the banks are diminishing.

3. Directors appointed by government of india and shareholder directors.

Majority of the directors in public sector banks are from private sector nominated by government of India and the shareholder directors elected are from private sector. For example at SBI, the chairman and 4 managing directors are representing the government. There is a nominee (Dy. Governor) from RBI. Secretary DFS government of India is a nominee and one more is government nominee from CAFRAL. 4 share holder directors – Shri Sanjiv Malhotra, Shri Bhaskar Pramanick, Shri Basanth Seth and Shri B. Venugopal are also directors in private companies. 3 government of India nominees Dr. Pushpendra Rai, (brother of Mr. Vinod Rai, former CAG) Dr. Purnima Gupta (Delhi University), Shri Sanjeev Maheswari are also representing private sector interests. They head many of the committees of the board. Is it not giving private character to the bank?

Between 1969 and 1990 the share of small credit to agriculture, village and cottage industries, small and micro enterprises went up dramatically. Now if we take SBI as an example out of 44.89 crore customers only 1.42 crore are farmer borrowers. While the loans outstanding to corporate as on March 2020 is Rs.8.44 lakh crores, the loans to SMEs is Rs.2.67 lakh crores and agriculture is just Rs.1.77 Lakh crores. So, to whose interest, public sector banks are catering to is a question to be discussed.

Almost all banks have outsourced core activities like the Information Technology Centres which are the brain and nerves of the system to private sector. Cash management which is one of the core function of banks is also outsourced. Credit cards are outsourced which is giving credit which is a core function. Even treasury functions are outsourced by some banks. The cleaning, transport (drivers), security, maintenance of the systems (computers and others) are all outsourced. Loans inspections are outsourced. Agents are used for collecting car loan and housing loan applications. This deprives youth of permanent jobs, defeats reservation policy and leads to frauds. Now banks like SBI have started recruiting officers and clerks who have retired on a large scale which deprives youth of their job.

SBI has been forced to invest up to 49% in Yes Bank, a private bank which was which was mismanaged. SBI has bought 605 Crores for Rs.6050 Crores. The other investors in Yes Bank are private lenders. ICICI- Rs. 1000Crore, HDFC-Rs.1000Crore, Axis Bank- Rs.600 Crore, Kotak Mahindra Bank- Rs.500 Crore, Federal Bank Rs.300 Crore, IDFC 1st Bank- Rs.300 Crore. How can a public sector bank be forced to create its own competitor instead of talking over that bank as was done in the past?

Merger invariably leads to reduction of branches and reduction of staff over a period of time. The merged entity focuses on large credit and small borrowers are neglected.

These are youths who set up customer services points. They are supposed to be in unbanked areas. Now you can see them sitting inside the bank branches or just outside the branches in many places. Now most of them are asked to work under national business correspondents like reliance who get 10% of the commission earned. Though the nature of work is permanent, they don’t have permanent employment. Their number is more than 5 lakh as per NABARD. In SBI there are 61102 BCs who have transacted Rs.227469 crores last year. Should they not become permanent?

Public banks have started charging heavily to increase income for all the services. While Jio payment bank does not have minimum balance charges or transaction charges, its junior partner SBI has both and more. This is giving a bad name to the public banks.

The public sector banks have gone for a override of digital banking to compete with the private sector banks and also to full fill the ambitions of the government. This has left a large number of people who do not know english to depend on others for transacting even their Rupay cards. Alternative technologies like voice recognition have not been given importance.

From the above, it is clear that the public sector banks are losing the character of serving the public at large and back door privatisation is already happening. Unless we wake up and arrest this trend, public sector banks will be gone back to the corporates and the masses will have to depend on small finance banks or co-operatives which will not be adequate to serve the large majority of our nation. 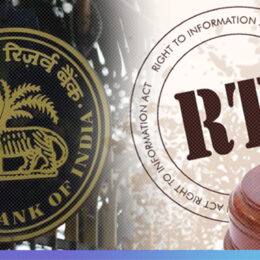 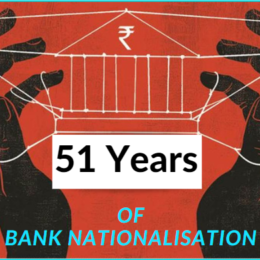 The points here are facts. The govts. Goal is clear. Privatise everything including banking. Take for eg. BSNl, BPCL,HAL, SCOOTERS INDIA etc. Its only public sector lanquishing without any solution or modernisation. Whereas pvt. Concerns are allowed to go scotfree paying abt 25 percent of the dues and brought at throaway prices by one and only pvt sector companies.
See IBC settlements waiving unpaid intt and expenses for years and settling a very low percentage of the NPA figures.
As they say corruption can be wiped out only by starting only with present school going children, our country public sector and other old gems and values can be saved only when 100 percent voting is there and everyone votes as per thier conscience and not by jhumlas and rheotic. What else can he expected from people who are acquitted of murders leading the country even though they are acquitted by S.C… Does this country not deserve leaders with clean image. Dr. Kalaams and the likes are from this country only.
Lastly, why the citizens in the age of 55 and above and having good health get down on the road and fight instead of spending hours daily on whatsapp and tv(av. 5 hors and above).