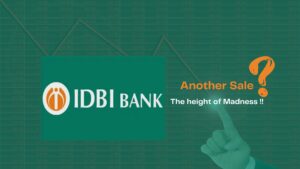 When the Nobel Prize in Economics is awarded to economists for their work on “why banks should not be allowed to fail,” the Union Government announced an Expression of Interest in selling IDBI Bank. According to the DIPAM notification, the “Industrial Development Bank of India (“IDBI”) was established in 1964 under the IDBI Act, 1964, initially as a wholly owned subsidiary of the RBI.” IDBI’s ownership was transferred to the GOI in 1976, and it was regarded as the principal Development Financial Institution (DFI), catalysing broad-based industrial development in India, particularly during the pre-economic reform era.

Why sell such a pioneering institution now? The banking sector has been severely impacted by the conversion of Development Financial Institutions (DFIs), including IDBI, which was the top DFI in India. A significant contributor to NPA was commercial banks’ lending for long-term projects. Now that the government has acknowledged its error, a new DFI called the National Bank for Financing Infrastructure and Development has been established (NABFID). The error was made in 2004 when IDBI was changed into IDBI Bank, turning it into a commercial bank as opposed to a DFI. The NDA 1 government accomplished this through the IDBI (Transfer of Undertaking and Repeal) Act 2003. After 17 years, the NDA-2 government acknowledged its error and unveiled a new DFI.

If the sale of IDBI Bank is completed, the mistake will be discovered later. Should we allow the mistake to be made again? In the hands of private owners, the bank will undoubtedly fail, necessitating the takeover of another public sector institution; otherwise, depositors will lose all of their money with the exception of Rs. 5 lakhs, which they can recover from the Deposit Insurance and Credit Guarantee Corporation after a protracted procedure. Recent bank failures include Yes Bank, where the State Bank of India (SBI) stepped in to save it, and Lakshmi Vilas Bank (LVB), which was acquired by the DBS Bank of Singapore.

Since IDBI Bank was created by a different Act and was a commercial bank, it was not doing well and was not one of the nationalised banks. The Life Insurance Corporation of India, a public sector financial institution, was asked to take it over by the Indian government in 2016. As required by the Government of India, LIC purchased 51% of the shares at an average price of around Rs. 62 in 2018 and Rs. 4743 in 2019. The government contributed Rs. 4557 crores in 2019 to save the bank.

The security premium account, which had a balance of Rs. 50732.27 Cr, was used to offset the accumulated losses, which as of March 2020 totalled Rs. 45586 Cr (including the loss incurred in 2015). This incident was unusual. After LIC took over the management of the bank, it fed the institution, resulting in a profit of Rs. 1359 crore in 2021 and Rs. 2439 crore in 2022. Selling a profitable bank that LIC is expertly managing makes absolutely no sense, especially when the financial conditions are favourable right now.

The security premium account, which had a balance of Rs. 50732.27 Cr, was used to offset the accumulated losses, which as of March 2020 totalled Rs. 45586 Cr (including the loss incurred in 2015). This incident was unusual. After LIC took over the management of the bank, it fed the institution, resulting in a profit of Rs. 1359 crore in 2021 and Rs. 2439 crore in 2022. Selling a profitable bank that LIC is expertly managing makes absolutely no sense. Financial conditions are favourable right now.

It has a strange composition of employees. Executives number 1018, officers number 15477, clerks number 437, and support staff number 498. When the bank was doing bad and there was total mismanagement and fraud, the then General Secretary of one of the Officer’s Association, Mr. Swamy Ilanchezhian, wrote letters under the whistle-blower policy. He was charge-sheeted and dismissed. He is fighting a court case.

Through indiscriminate transfers and charge sheets, those who tried to safeguard the interests of the banks were forced to resign. But no action was taken against the people at the helm of affairs, despite complaints to the RBI and the Finance Ministry. If the RBI had taken action in time, the huge losses could have been averted.

When LIC has nurtured it into a profit-making bank, why should it not be allowed to continue running it? Who is going to benefit? Which corporate or foreign bank is going to be favoured? When banks were allowed to start insurance companies as Bank assurance, LIC asked for permission to start a bank. This was denied. Now it has nurtured a bank out of compulsion after investing Rs. 26367 Cr. Why should it be asked to sell the shares? The present market value of shares is Rs.44. If by giving control of management, it fetches a little more, even then LIC will be making a huge loss, which will affect the policyholders, shareholders, and the government.

Because of running IDBI Bank, LIC is getting 59% of its bank assurance policies through IDBI Bank, which it will lose. Already the government has created a huge mess by selling 3.5% of shares of LIC. The share price has come down to Rs.619 from the Initial Public Offer (IPO) price of Rs.949. This has nothing to do with LIC’s’ performance. This will go down further with the IDBI bank sale. What LIC has invested is policyholders’ money. A case is already awaiting further hearing in the Supreme Court.

The only solution is to allow LIC to buy additional shares of the government if the government is badly in need of money. Make amendments to the IDRA act and RBI guidelines and also allow LIC to buy back 3.5% of the shares it has sold so that it remains a premium, unique institution serving the common man and also gives completion in the banking industry. Selling the bank is sheer madness. I hope the government realises this and stops the sale. Unions and associations in the banking, as well as insurance industries, should join together and fight. If they don’t stop now, they will not be able to stop the sale of public sector banks. 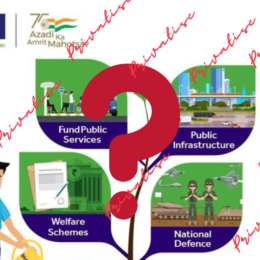 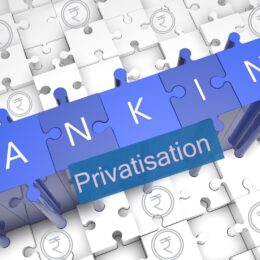 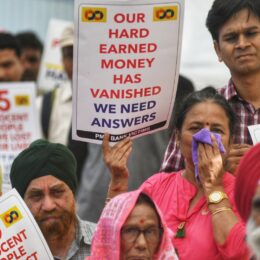